In the "mommy wars," black single moms are invisible

Debates about motherhood, including a recent "Melissa Harris-Perry" segment, leave lots of black single moms out 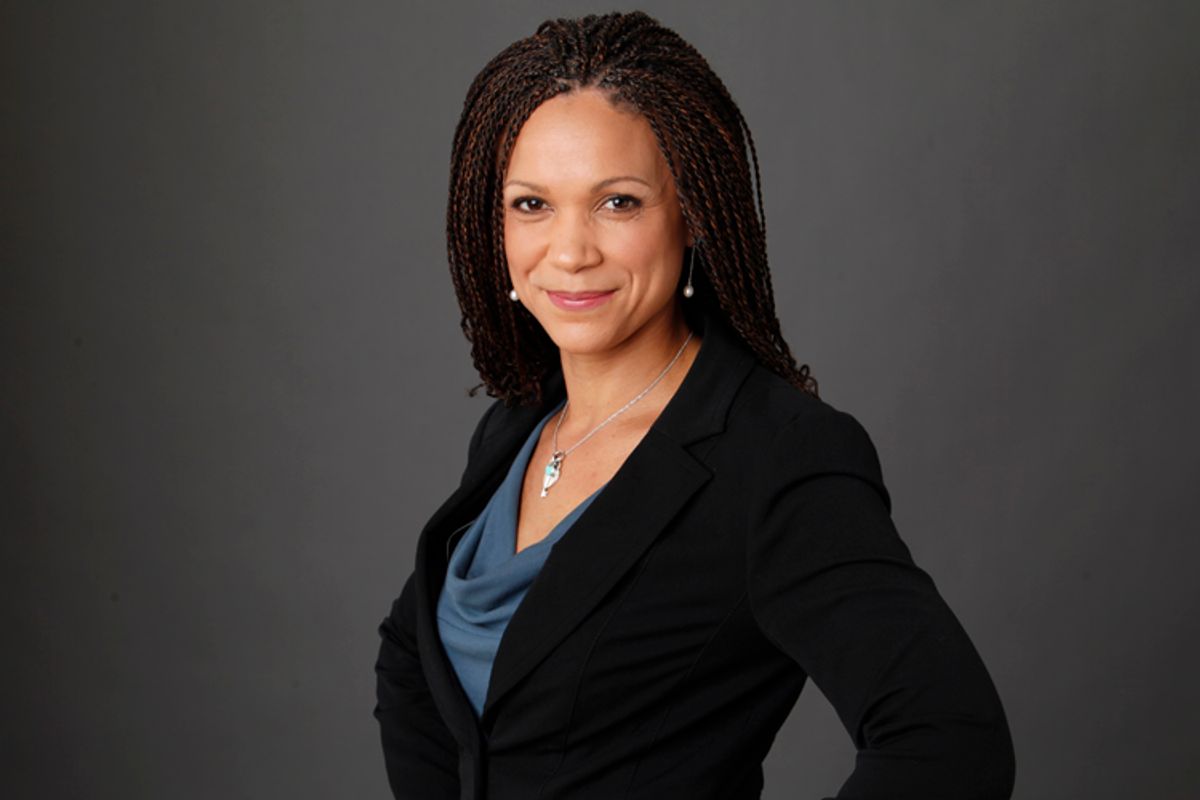 There may never have been a more black-woman-centric moment in cable news than Saturday's "Melissa Harris-Perry Show," broadcast live from the Essence Music Festival in New Orleans. I watched as I always do, phone in hand, fingers poised to live-tweet, using the #nerdland hashtag. This particular episode would feature a subject of great significance to me: black single motherhood.

When you're a black and unmarried woman, solo parenting is an indictment of your self-worth and life choices. When you're a married woman, taking on all the parenting responsibilities yourself makes you someone to champion. We’ve seen this play out this week in various articles about why men shouldn’t be as under-involved as babysitters when parenting and why married mothers should feel supported, not chastened when working outside the home. Notably absent from this discussion were black parents, and black unmarried mothers in particular – who rarely have the option not to work outside the home and also have to use their single income to support everyone. These moms and their concerns rarely get the attention they need.

During the week leading up to the show, I'd started a Class and Money Matters Series at BeyondBabyMamas.com, to unpack the kinds of work-life balance issues often missed in mainstream mommy discourse. I'd written, posted other mothers' writing, and moderated Twitter discussions about the ways the racial wealth gap and respectability politics impact minority single mothering. As a result, I talked to moms who weren't as concerned about making it to every one of their child's sporting events as they were with affording her sports involvement in the first place. I'd talked with moms about finding out whether or not their state of residence had a minimum legal latchkey kid age and shared information about determining latchkey readiness with families struggling to afford afterschool care.

It was exciting, then, to watch Melissa Harris-Perry and her panelists amplify some of these issues. There's much to recommend the segment. It touches on the racial wealth gap, citing a 2010 study which asserts that single black women of prime working age (ages 36-49) have a median wealth gap of $5. (The study also reveals that single white women in the same age bracket have a median wealth of $42,600.) And the panelists discuss the idea that extended family can often provide greater support to the unpartnered mother than she might receive with only a live-in partner to lean on.

But all of this follows a lengthy preamble about Sybrina Fulton, unmarried mother of slain Florida teen Trayvon Martin. Every panelist affirms the idea that the onus is on Fulton to project credibility, grace, strength, and respectability because of her race and family dynamics. Says Harris-Perry: “Both Trayvon Martin's mother and George Zimmerman's mother testified that it was their child that they heard screaming on that tape. And part of this is going to turn on whether or not you believe the single black mama or not.” How a single mother presents herself to the public, they insist, can be a matter of life and death.

Consider the irony. Because black single motherhood is so rarely discussed with nuance and empathy, this segment was high-stakes poker. How this panel represented us to the public was also a matter of grave import. But rather than using part of their airtime to talk to unmarried minority mothers about how they navigate childcare, child loss, and self-care while living under a regime that will indict them for expressing exhaustion, grief, or indignation in public, they spoke amongst themselves about how unmarried mothers could further rehab their image.

For Harris-Perry, it had to do with not defining herself a single mother when she was one: “I was an unmarried mom for quite some time. But I didn't think of myself as single, because I had my mother. We had created another family structure that [yielded] two parents.” As someone whose unmarried parenting structure also includes my mother, I can’t think of a reason not self-identify as a single parent, other than to distance myself from stigma. And I can’t distance myself from stigma, no matter what I call myself. How can we change the way society views black single motherhood if we refuse to identify as single moms?

Panelist Dr. Julianne Malveaux further pushed this distancing, when she called for the discussion of black single motherhood to center on exceptional narratives:

I think the story ought to be [about] those single moms who made it, despite those wealth differences. My mom raised five kids by herself. My parents were divorced when I was six. She's a social worker, and I can tell you, our little selves were on the bus, going to the museum of art. She did everything. But it was very, very difficult. She didn't have a life. Those are the stories we've got to tell, not the story of the sister who's got a bunch of children and is on public assistance.

There is room for both stories – for a diversity of stories. Instead, we’re being asked to look to Michelle Obama – who once called herself a “busy single mom” before quickly saying she misspoke -- as an archetype. Even the briefest suggestion that her husband's political career left her to do the heavy parenting lifting sparked a national discussion about married mothers who "feel like single mothers." And those mothers, like the First Lady herself, were supported and affirmed rather than stigmatized.

When Melissa Harris-Perry quipped, “Don't let anybody tell you that if you want to be Michelle, you first have to find a Barack,”  during Saturday's segment, I wondered what "being Michelle" would even mean for the black single mother. Would it mean working as a high-powered attorney who still only earns 64 cent on the dollar?  Does it mean looking flawless in public while battling inequity and loneliness in private? Does it mean self-correcting after referring to yourself as a single mom?

What if we’re the kind of mothers who don’t want to “be Michelles?” Is this a necessary aspiration in order to be regarded with fairness and treated with dignity? How will all black mothers appear respectable enough, we seem to reason, if we don't put our shiniest, bootstrapped foot forward?

Are writers waiting until black women "become Michelles," before including us in mainstream mommy discourse? If so, the pressure to confine our own discussions to stories that empower the exceptional while erasing the middle- and low-income-mom experience makes more sense.

There's so much at stake in discussions like these that it's tempting to resist sharing the stories of women who have yet to "overcome" single mom stigma: women on public assistance, women too embarrassed to apply for TANF benefits, women trying to finish an associate's degree on a Pell grant, women with messy co-parenting relationships, women who can't afford swim lessons and can't leave work before school is dismissed every afternoon.

But these are the mothers most in need of real engagement and authentic representation. We deserve more than being a faceless, "shocking statistics" punch line. When we talk about the gross disparity in black-single-woman wealth, we should do so within the context of specific experiences. Sometimes the most miraculous and meaningful accomplishments are simply surviving the bank’s overdraft fees and sending your child to sleep full, with field trip money tucked in his backpack. Where can we expect to see that celebrated, if not during the one of the most black-woman-centric moments in cable news history?