The music video promotes a light-saber relay run for charity 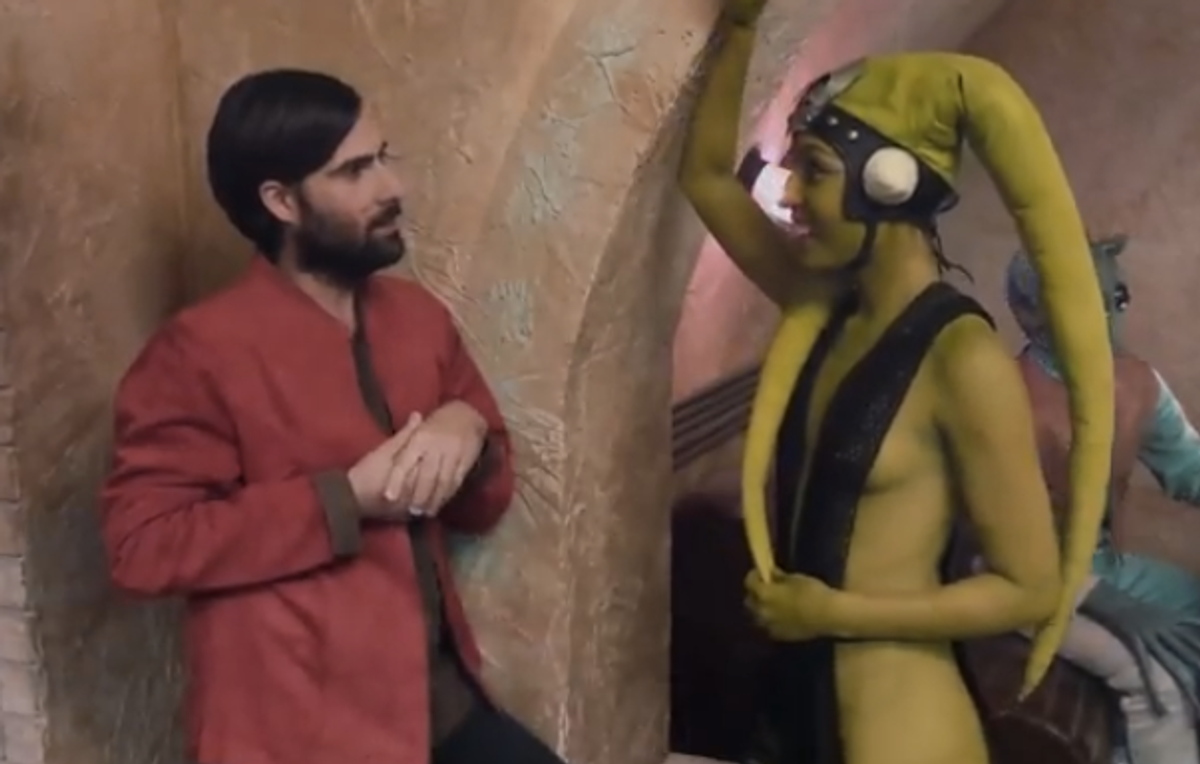 The video promotes Course of the Force, "an Olympic torch-styled relay" race with light sabers, held by Lucasfilms and Hardwick's site, The Nerdist. The race will take place in advance of the San Diego Comic Con festival and proceeds will go to the Make-a-Wish Foundation.

"Anything to make nerds seem more athletic, I’m for,” Oswalt told EW of his participation. “Anything where we’re moving around in the sunlight and busting those stereotypes, I support 1,000 percent.”