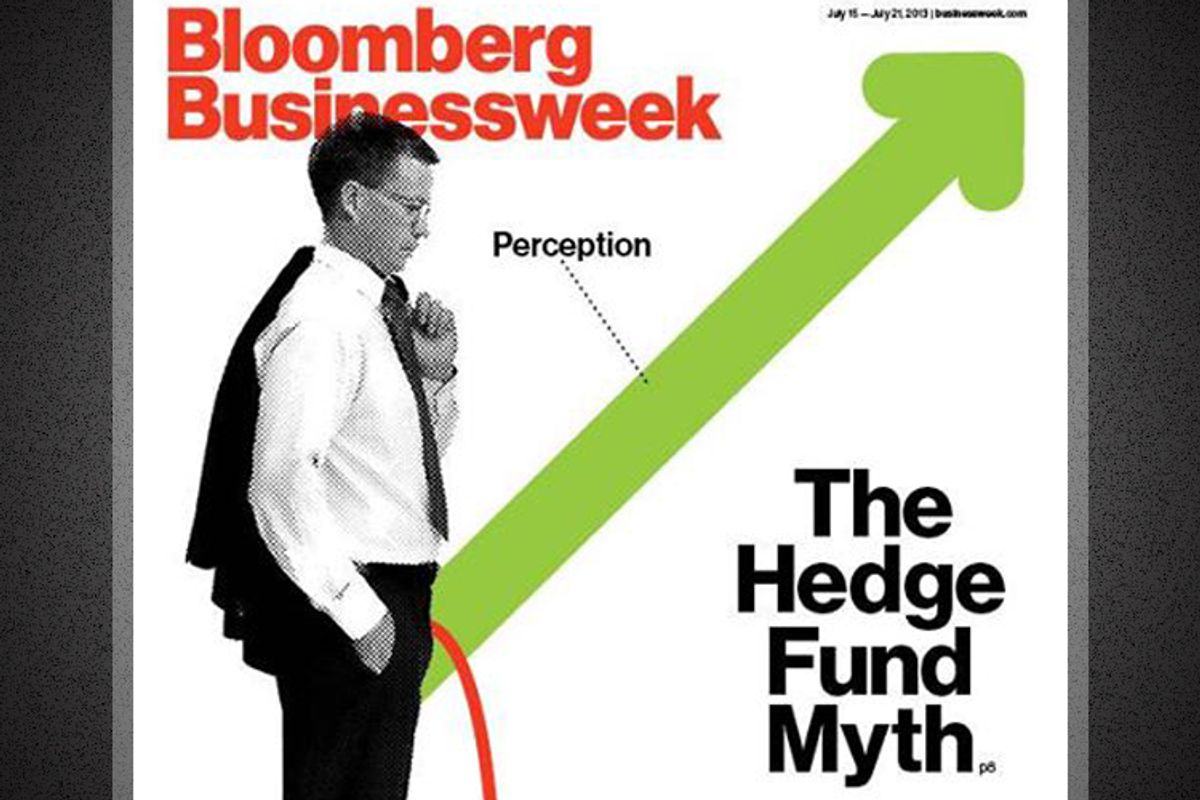 This month in trolly magazine covers, Businessweek's takes the cake for its sexually suggestive July 15th issue on "The Hedge Fund Myth." As one might expect, the language announcing the cover is rife with double entendres:

"The cover highlights the macho mythology of hedge fund managers, whose returns over the past decade have lagged behind the S&P 500," Businessweek editor Josh Tyrangiel told Mashable. "Yes, we're making them the butt of a joke; we're pretty sure they can take it."

And yes, Businessweek had as much fun creating this cover as you'd imagine they would.