Inhofe: So much more than just a climate change denier 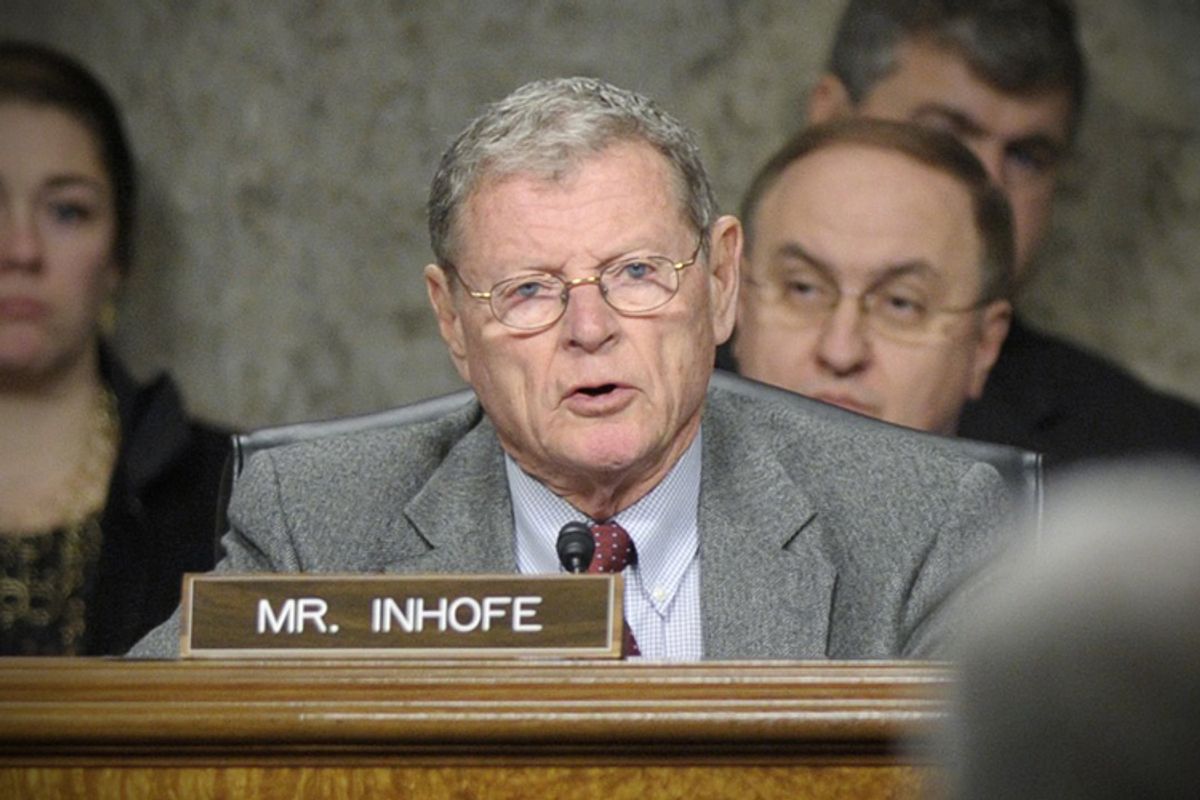 Environmentalists and other liberal groups are lining up to protest against Google's decision to hold a fundraiser with Sen. James Inhofe, a Republican from Oklahoma who also happens to be one of the most hard-line climate change deniers in Congress.

Google, as the Washington Post put it, "has spent years building a reputation as a company that cares about the environment, investing in solar energy, climate research, and wind farms." Inhofe, on the other hand, has alternately called climate change "the greatest hoax ever" and declared that "we're in a cold spell" whenever it snows.

But Inhofe's right-wing hard-lining goes deeper than just climate change denial. Here are some of the highlights: