Texas activist Sarah Slamen: "It's this police state that keeps us quiet"

The newly minted feminist icon tells Salon about getting thrown out of the Texas abortion hearings, and what's next 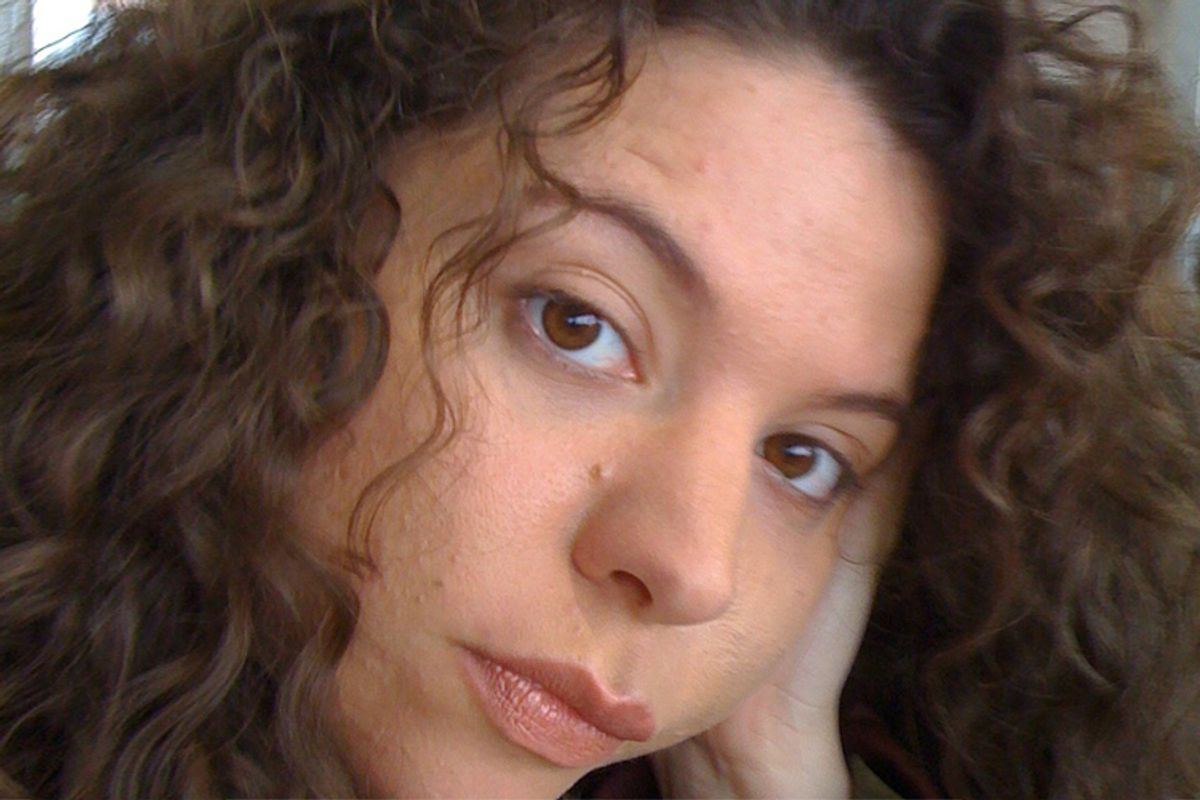 To say that Sarah Slamen "became a viral sensation" on Wednesday with her testimony against Texas' sweeping abortion ban would diminish the power of what she actually did. The activist captured the outrage and disbelief felt by thousands of others, both in Texas and beyond, in two minutes of blindingly honest speech.

Moments after launching into her indictment of the Texas legislative process ("a farce") and the political fates of lawmakers who use women's bodies as collateral in a culture war ("women and their allies are coming for you"), Slamen was hauled off by Texas state troopers and escorted out of the Capitol, still shouting to make her voice heard.

Salon caught up with Slamen to find out what came before and after her searing testimony, and what she thinks is in store for reproductive rights in her home state.

You mention in the first few seconds of your speech that you had brought prepared remarks with you, but decided instead to speak off the cuff. What happened during the committee hearing to change your mind?

I wasn't prepared for the endless stream of people standing up to call women murderers and promiscuous, selfish killers. How is that in line with Senate decorum and appropriate testimony?

I think it was around 6 o'clock [on Monday] that a woman stood up to talk about how her and her husband had spent most of their savings on in vitro fertilization treatments and that, after five or six tries, had finally gotten pregnant. But at 20 weeks, this couple found out that their baby had a rare form of spina bifida and would likely only have a 5 percent chance of survival. This woman recounted that, as soon as she learned she was pregnant, she had promised to love and protect her baby. And, in order to keep that promise, she had to have a medically necessary abortion.

After painfully recounting how she had to terminate this wanted pregnancy, a woman sitting next to her said, "I know two people who have adopted children with spina bifida."

And not a word was said. Not one person on that committee of 20 had time to say, "Let's not direct our comments to others providing testimony."

After that, I dropped the cognitive dissonance required to participate in the legislative process in Texas. I got on my iPhone and began researching each senator on the committee and began to jot facts down -- reasons why they were wholly unfit to offer the bill, shame women or act as physicians.

It was my intent, at that point, to give them a judgment. A job performance review. An honest roundup of what this panel had been and who they really were.

As inspiring as the video is, it's also quite traumatic to watch you being led out of the chamber that way. What happened next?

I'll never forget the feeling -- that clear feeling of hands on me. That's when I knew I had the cops on me.

When they brought me outside the chamber, they started taking me to a dead end hallway in the Capitol, which is when I got worried. I've been in protests before and thought, "OK, I am about to get my activist beating right now." Amazingly, at that point, three or four people rounded the corner with cameras and refused to leave my side.

I told the troopers that I would not go anywhere with them, I said, "I will not be alone with you." Though it seemed like they were intent on charging me, one trooper, to his credit, said, "We're going to get her bag. She's going to leave." He went inside to grab my bag and escorted me out.

When I walked outside, I was completely humbled to find hundreds of people waiting to walk beside me, cheering me on.

Part of what was so catalyzing about your testimony was how you captured the anger many other people are feeling in response to the proliferation of these laws.  But then I am also reminded of Rick Perry's comments about "mob rule" in the Senate chamber, and how some people just don't see room for this kind of focused outrage in the political process. What would you say to that?

I and some other activists had even been talking that day about organizations insisting that demonstrators could not in any way be aggressive, that someone in an orange shirt [a symbol of being part of the reproductive rights contingent at the Capitol] doing something like that could ruin the whole thing.

Texas is a beautiful place. A diverse place. A place I'll love for the rest of my life -- but it's an oppressive place. People, I think, with the ability and privilege to wait on the next election can say, "We'll just keep quiet and wait." But I think that we can't wait. We have to stop them. [...] What's it going to take? Women dying like they did before Roe vs. Wade?

So the House voted on Wednesday to approve the measure and now it's heading to the Senate, where it's expected to pass. Like you said in your testimony, tens of thousands have been galvanized by this process. What do you think is in store for Texas -- and what's in store for other states pushing similar measures across the country?

I have two shades of response: The fighter in me wants to say that we realize that there is no way to stop this other than doing what we did -- mass civil disobedience. But the practiced organizer in me says it'll pass. People will wait for the Texas Democratic Party and in the meantime, really tough stuff will happen.

Because replacing [state Rep.] Jodie Laubenberg (R-Parker) and voting out [state Sen.] Glenn Hegar (R-Katy) is not going to change what's wrong in Texas -- and the country.

So I think that without massive civil disobedience the law will pass, and have some of the worst effects we've seen since before Roe.

What happens next? I know that you mentioned in your testimony that you're moving to New York, but I feel like calls of "Sarah Slamen for governor!" are already materializing. Are you going to continue your activism up north?

In New York, my next target is [New York City Police Commissioner] Ray Kelly. It's this police state that keeps us quiet. Those troopers [that removed me from the chamber] swore to uphold the Constitution, and [state Sen.] Jane Nelson (R-Lewisville) can motion for them to take me away -- even though I didn't break the law -- but they have guns and they get to tell me what to do.

So in New York I think I want to focus on women's prison reform, surveillance and police issues. Because [in New York], they'll accept the Medicaid expansion, they've gotten rid of the death penalty. That means I can relax on some of those issues -- and focus on other stuff that needs attending to.