George Zimmerman and the problem with American heroism

When everyone wants to be a hero, we lose sight of what greatness -- and justice -- really are 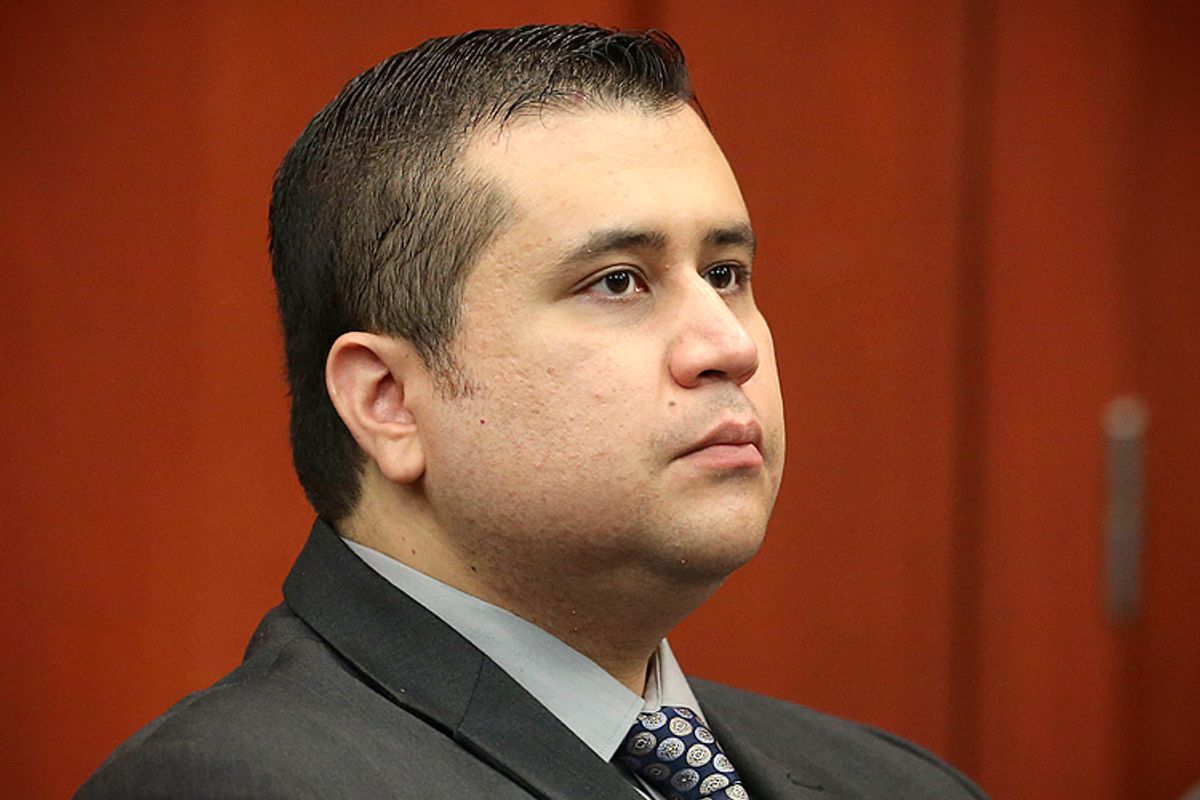 As George Zimmerman’s trial draws to a close, I have been thinking about heroism. There’s a great deal about our culture that is aspirational. We want to be the best. We want the best of everything. All too often, we are aware of the gaping distance between who we are and who we aspire to be and we desperately try to close that distance. And then there are superheroes, mythical characters who embody the ideals we may not be able to achieve for ourselves. Superheroes are strong, ennobled and graceful in their suffering so we don’t have to be. In "Superman on the Couch," Danny Fingeroth writes, “A hero embodies what we believe is best in ourselves. A hero is a standard to aspire to as well as an individual to be admired.” We crave the ability to look up, to look beyond ourselves and toward something greater.

We are so enamored of this idea of the heroic that we are always looking for ways to attribute heroism to everyday people so we might get just a bit closer to the best version of ourselves, so the distance between who we are and who we aspire to be might become narrower.

Heroism has, as of late, become so overly idealized, so ubiquitous that the idea of a hero is increasingly diluted. Athletes are heroic when they are victorious, when they persevere through injury or adversity. Our parents are heroes for raising us, for serving as good examples. Women are heroes for giving birth. People who survive disease or injury are heroes for overcoming human frailty. People who die from disease or injury are heroic for having endured until they could endure no longer. Journalists are heroes for seeking out the truth. Writers are heroes for bringing beauty into the world. Law enforcement officers are heroes for serving and protecting. As Franco and Zimbardo suggest, in “The Banality of Heroism,” “By conceiving of heroism as a universal attribute of human nature, not as a rare feature of the few 'heroic elect,' heroism becomes something that seems in the range of possibilities for every person, perhaps inspiring more of us to answer that call.” Or maybe we have an excess of heroism because we have become so cynical that we no longer have the language or the ability to make sense of people who are merely human but can also rise to the occasion of greatness when called upon.

Heroism can be a burden. We even see this in the trials and tribulations of comic book superheroes. These heroes are often strong at the broken places. They suffer and suffer and suffer but still they rise. Still they serve the greater good. They sacrifice their bodies and hearts and minds because heroism, it would seem, means the complete denial of the self. Spider-Man agonizes over whether or not to be with the woman he loves and cannot forgive himself for the death of his uncle. Superman is reluctant to reveal himself to the woman he loves to keep her safe. Every superhero has a sad story shaping his or her heroism.

Heroes also fight for justice. They stand up for those who cannot stand up for themselves. It's easy to understand why we might aspire toward heroism even as we are aware of our limitations. As I’ve watched the George Zimmerman trial unfold, I’ve also thought a great deal about justice and for whom justice is intended. Zimmerman is on trial for the murder of Trayvon Martin, an unarmed 17-year-old boy who was wearing a hoodie and walking around while black. Throughout the trial, I’ve been holding my breath because I don’t feel terribly optimistic about the chances of Zimmerman being successfully convicted. I hope I am wrong.

Zimmerman was a neighborhood volunteer watchman in his gated community in Sanford, Fla. For whatever reason, he wanted to protect his community. Perhaps he was as susceptible as any of us are to aspiring toward heroism.

Nothing is ever simple. Since the beginning, the Zimmerman case has also been about race -- and when a high-profile case is about race, tension is inevitable. Very little about the conversation surrounding this case has been rational. Zimmerman claims he shot Martin in self-defense but Martin was unarmed, carrying a pack of Skittles and a bottle of iced tea. What, precisely, was Zimmerman defending himself from?  This is one of the many questions for which we will never have answers.

What we do know is that a young black man is, all too often, suspected of criminality. Frankly, all black men are all too often suspected of criminality. In his beautiful essay “Some Thoughts on Mercy,” Ross Gay writes, “Part of every black child’s education includes learning how to deal with the police so he or she won’t be locked up or hurt or even killed. Despite my advanced degrees and my light-brown skin, I’ve had police take me out of my vehicle, threaten to bring in the dogs, and summon another two or three cars. But I’ve never been thrown facedown in the street or physically brutalized by the cops, as some of my black friends have. I’ve never been taken away for a few hours or days on account of ‘mistaken identity.’” Throughout the essay he talks about how this education has shaped not only how he sees the world, but himself. No one is exempt. I don’t believe, much, in statements like, “We are Trayvon Martin,” but for black men, it is probably true.

Zimmerman’s lawyers have worked, throughout the trial, to demonize Martin, to make him into the scary black man we should all fear, to make it seem like George Zimmerman had no choice and did the right thing. They are playing on the idea that a black man, or in the case of Martin, a black boy, is someone to be feared, someone who is dangerous.

Few things work in practice as well as they do in theory. Justice is anything but blind. All too often, the people who most need justice benefit the least from it. Black men are disproportionately imprisoned and sentenced more severely than their peers. The poor and working class are equally marginalized in the justice system.

I would like to believe in justice but there are countless examples of how the justice system fails. In Georgia, Warren Hill, declared mentally retarded by four experts, will be executed on July 15, unless a last-minute appeal is successful. Hill murdered his girlfriend, receiving a life sentence and while in prison, he murdered another inmate, which led to the sentence of death. Hill has committed a crime. He deserves to be punished. Will his death serve as justice for his victims?

Would justice in a courtroom, by way of a guilty verdict against George Zimmerman, really be justice for the murder of Trayvon Martin? Will that measure of justice comfort Martin's parents and loved ones? Justice is, at times, a weak word. We would like to believe that justice is about balancing a crime with a punishment but it is never an equal transaction. For most victims of crimes, justice is merely palliative.

Trayvon Martin is neither the first nor the last young black man who will be murdered because of the color of his skin. If there is such a thing as justice for a young man whose life was taken too soon, I hope justice comes in all of us learning from what happened. I hope we can rise to the occasion of greatness, where greatness is nothing more than trying to overcome our lesser selves by seeing a young man like Trayvon Martin for what he is — a young man.