When a summer's this terrible, it takes something truly, gloriously terrible to redeem it 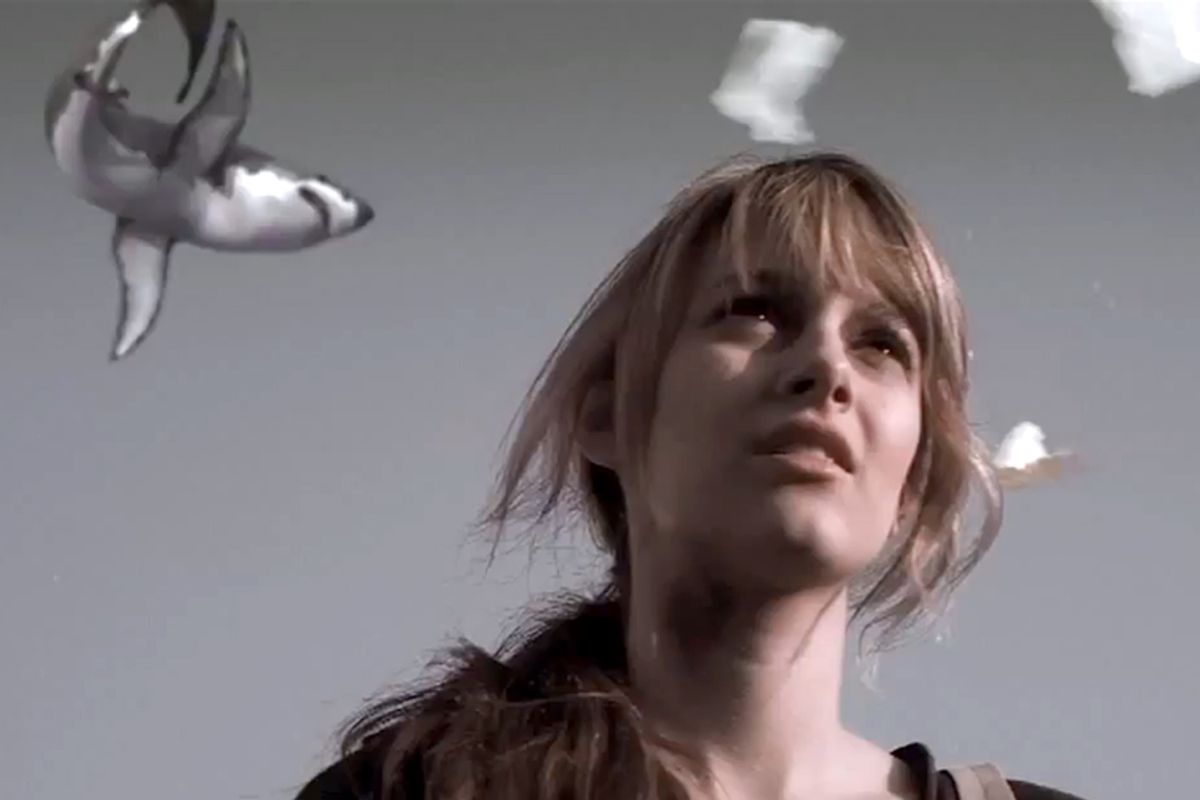 We are in the midst of a long, hot summer that has already strained the limits of our threshold for awfulness. We've been subjected to the racist hat trick of Paula Deen, "Big Brother" and the George Zimmerman trial. We have been forced to exhaust ourselves fighting for basic reproductive rights. And we have been unable to escape the ubiquitous, creepy strains of Robin Thicke and John Mayer songs. I don't know about your social circle, but in mine, the phrase "Let's get day drunk" has become a mantra. And yet, in the midst of it all, there have been a few shimmering bright spots. Marriage equality. Sharknado.

Thank you, munificent gods of SyFy. Because in an ill-ventilated, locked room somewhere, your writers are standing in front of a whiteboard generating ridiculous portmanteaus – "Sharktopus!" "Piranhaconda!" "Arachnoquake!" -- and creating jobs for '90s-era actors struggling to claw their way back to the C-list. But with "Sharknado," which arrived Thursday evening like a Kardashian baby and a royal baby rolled into one beautiful, social-media bundle of toothy joy, you've really outdone yourself.

A sharknado, for those of you unfamiliar with SCIENCE, is what happens when a tornado sweeps up a bunch of ocean predators and, Christ, why am I even bothering to explain this? Just … flying sharks and Tara Reid, OK? As the movie's tag line explains, "Enough said." Its IMDB page doesn't even have a synopsis. If you want a goddamn synopsis, you can leave your nice air-conditioned house and go to some fancy movie theater and pay $15 to see something with subtitles, Communist. But if you're really that curious, in an io9 interview, "Sharknado's" writer, Thunder Levin – yes, a human wrote it – did explain some of "the larger philosophical issues of the film," as well as the logical ones, noting, "If you were a shark and you found yourself flying through the air, wouldn’t you keep biting?"

We could examine the symbolism and timely resonance of "Sharknado" – and for someone who went to film school, exploring the symbolism and resonance of "Sharknado" is actually the one thing my college degree and 10 years of paying off student loans qualifies me to do in life. I could say something about global warming anxiety and natural disaster post-traumatic stress, but I think we can just leave it at this: Ian Ziering chainsaws his way out of a shark. And you know who doesn't want to see Ian Ziering chainsaw his way out of a shark? Nobody, that's who.

If you were on Twitter last night, there was nothing else happening in the whole wide world. Nothing. Oh, did Edward Snowden do something? Who cares? Talk to us about it Friday. "Sharknado" was, as more than one person pointed out, bigger than election night and the Super Bowl, a magical night in which Mia Farrow declared, "Tomorrow I'll pick up a chainsaw." And then Patton Oswalt dropped the microphone, saying, "Call time canceled tomorrow. ALL movies canceled. It's done." As a colleague pointed out Friday (and others noted on Twitter), whoever is doing SyFy's social media is probably the only person in America assured of getting a generous raise today.

It all comes down to a few simple truths. Flying sharks will always be cool. But flying sharks, right now, this summer of real and true crapstorms? Oh, we need this. We need this like we needed that Jager at lunch. As National Review writer Charles C. W. Cooke explains, "Sharknado is the most politically uniting thing to happen to America for a decade." Whatever your race, politics, religion or romantic history with Woody Allen, for one night, we were all just Americans, doing what Americans have always done best – sitting on our butts and watching TV. God bless you, "Sharknado." And know that when the Tigerpocalypse comes, we will be there, and we will love you.