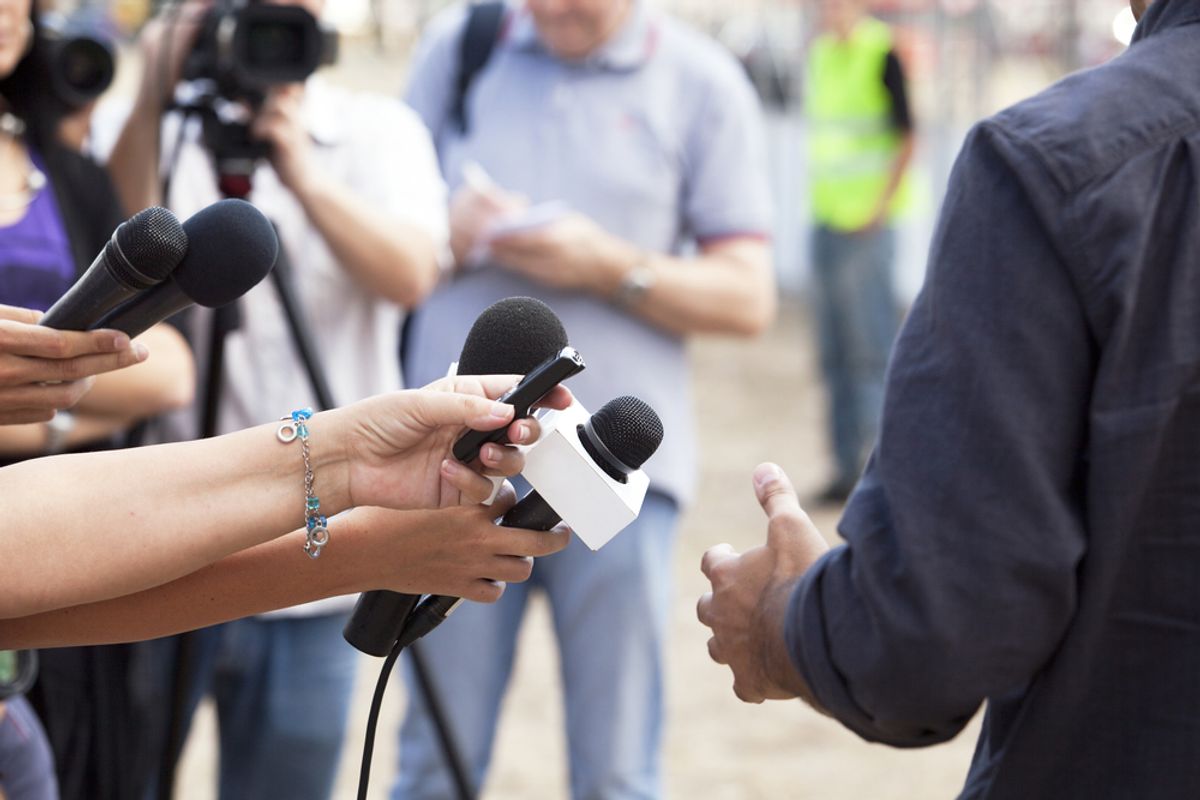 If you think journalism is a respectable profession, you’re increasingly in the minority.

American public esteem for the news media has declined sharply over the last four years, according to a new poll released Thursday by the Pew Forum on Religion and Public Life. Out of 10 occupational groups, journalists ranked near the bottom of the list, with a mere 28 percent of respondents saying journalists contribute “a lot” to society’s well-being. Only business executives and lawyers ranked lower, at 24 percent and 18 percent, respectively.

Journalists, in fact, took the biggest hit in public perception out of all the professions, dropping 10 percentage points since 2009, the last time the Pew Research Center took the survey. At that time 38 percent of Americans thought journalists contributed a lot to society. Then, like now, military professionals ranked at the top of the list, while teachers followed with a close second. Public perception of those two callings remains overwhelmingly positive.

Medical doctors, scientists and engineers were also viewed positively, while opinions were split more evenly for clergy. Artists ranked just above journalists, with 30 percent of Americans viewing them favorably.

The decline in perception toward journalists was prevalent among both Democrats and Republicans, according to the report, but it was significantly more pronounced among women. About 29 percent of women said journalists contribute a lot to society’s well-being, down from 46 percent in 2009. Perception among men dropped only slightly to 28 percent from 30 percent in 2009.

Pew’s report is based on cell phone and landline interviews of 4,006 adults in all 50 states. The interviews were conducted between March 21 and April 8. Interviews were done in both English and Spanish, and were conducted under the direction of Princeton Survey Research Associates International, an independent research and data firm. The findings are consistent with surveys and studies conducted elsewhere, which show almost across-the-board frustration with the American media. Last year, Gallup found that distrust in the news is at an all-time high.

The decline in perception toward journalists was more pronounced among women.  Pew Research