In an era of drones and NSA excess, the Zimmerman verdict reaffirms that like Trayvon, too many are presumed guilty 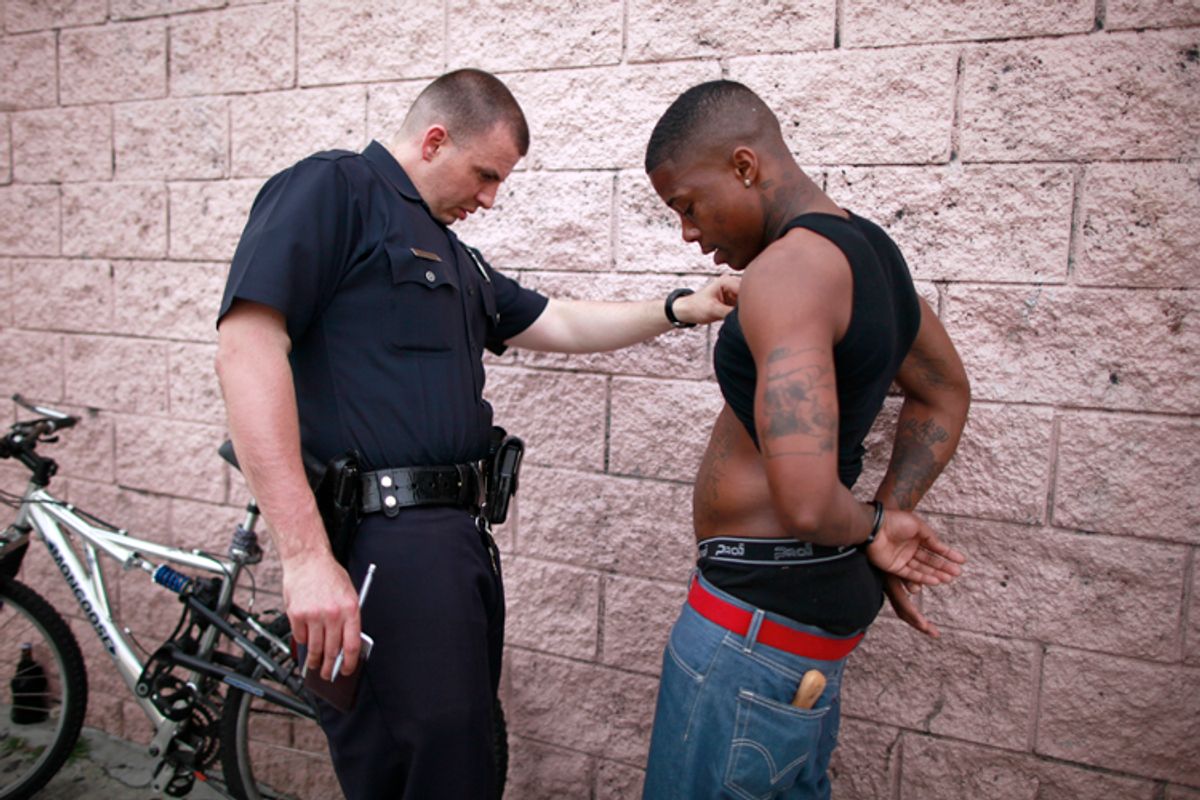 For those desperately seeking a glimmer of sunlight in the terrible thunderstorm that was the George Zimmerman trial, the presumption of innocence might seem like a good principle on which to focus. After all, Zimmerman's defense lawyers always predicated their hopes on such a presumption and, on the surface, Zimmerman's exoneration seems like proof that the presumption is alive and well in America -- so alive and well, in fact, that an admitted killer was able to avoid conviction because of the ineptitude of the prosecution.

Even if you subscribe to this generous interpretation, it is no doubt cold comfort. A child is dead and his extrajudicial executioner is free. But can't we take pride in the supposed persistence of a foundational legal principle -- one that in aggregate is supposed to create a more just and humane society? Can't we at least have that?

The blunt answer, unfortunately, is no, because Zimmerman's exoneration is the latest -- and perhaps most powerful -- state-sanctioned societal rejection of the presumption of innocence, with the killer a microcosmic embodiment of such a rejection.

Zimmerman, you recall, tracked Martin's walk through their gated community, muttering under his breath about "these fucking punks" and "assholes" always getting away. Though Martin wasn't doing anything other than strolling around, Zimmerman presumed him guilty of something and therefore followed him, ultimately leading to the altercation in which he murdered Martin.

In consequently exonerating him for such a murder, the Sanford court effectively added its government stamp of approval to Zimmerman presuming Martin guilty. Put another way, the Florida judiciary went on record declaring that armed citizens like Zimmerman have no obligation to presume unarmed black teenagers innocent, but instead have a right to presume them guilty -- and, in turn, worthy of extrajudicial capital punishment. Call it the Zimmerman Principle.

Terrifying and grotesque as that principle is, it is sadly neither nothing new nor anything we can write off as isolated. On the contrary, Zimmerman's presumption of guilt and his subsequent actions mimic those of his own government, and therefore reflect a larger attitudinal shift in the nation at large.

Remember, in the same year that saw Zimmerman kill Martin, Zimmerman's president, Barack Obama, extra-judicially executed Anwar al-Awlaki and then his 16-year-old son, without charging either of the two U.S. citizens with a single crime. The two were simply presumed guilty, without any evidence being officially marshaled against them. Not only that, such a presumption wasn't hidden from view in shame, as if it was something to be embarrassed about. Instead, Obama openly touted the extra-judicial killing of the father and then his spokesman haughtily justified the extra-judicial killing of the child.

Explaining the Zimmerman-like aggression against the Awlakis and thousands of others who find themselves targeted by U.S. drone strike missiles, the federal government later offered up the Zimmerman Principle, repeating the same sentiment that Zimmerman expressed during his cellphone call to non-emergency responders.

Whereas Zimmerman told non-emergency responders that Martin "looks like he's up to no good," the New York Times reported that Obama's indiscriminate drone bombing, which "counts all military-age males in a strike zone as combatants," presumes that people in a targeted area are "probably up to no good." In other words, when it comes to military policy, the Obama administration is George Zimmerman perceiving the world as filled with Trayvon Martins supposedly "up to no good" -- and who supposedly therefore deserve to die.

It is, of course, no coincidence that, whether African-Americans like Martin or Arabs like the Awlakis, those most affected by the Zimmerman Principle's presumption of guilt tend to be people of color.

As has been the case throughout this country's history, being racially, ethnically or religiously classified as non-white or "other" by America still means being presumed guilty (and certainly more guilty than others). Indeed, despite all the vapid paeans to our allegedly "post-racial" or "colorblind" ethos, we see that truth everywhere.

That said, the Zimmerman Principle is also now becoming more indiscriminate and expanding beyond race, ethnicity and religion. For instance, with its "collect it all" mentality, the National Security Agency presumes all Americans guilty -- or at least potentially guilty enough for the government to have probable cause for 24/7 surveillance. Likewise, the Justice Department presumes whistle-blowers guilty and prosecution-worthy, and the Washington establishment presumes the same about journalists who report news that embarrasses the government. Meanwhile, as McClatchy reports, the White House is now encouraging federal employees to presume their co-workers guilty based on "lifestyles, attitudes and behaviors."

Considering all of this, George Zimmerman is not just an individual who committed a horrible act, he is also an icon in the truest definition of that term. In symbolizing how America has proudly discarded old ideals about presuming innocence and now openly presumes guilt in so many different ways, Zimmerman is a flesh-and-blood representation of a society that too often thinks and acts just like he did on that awful night in Sanford.