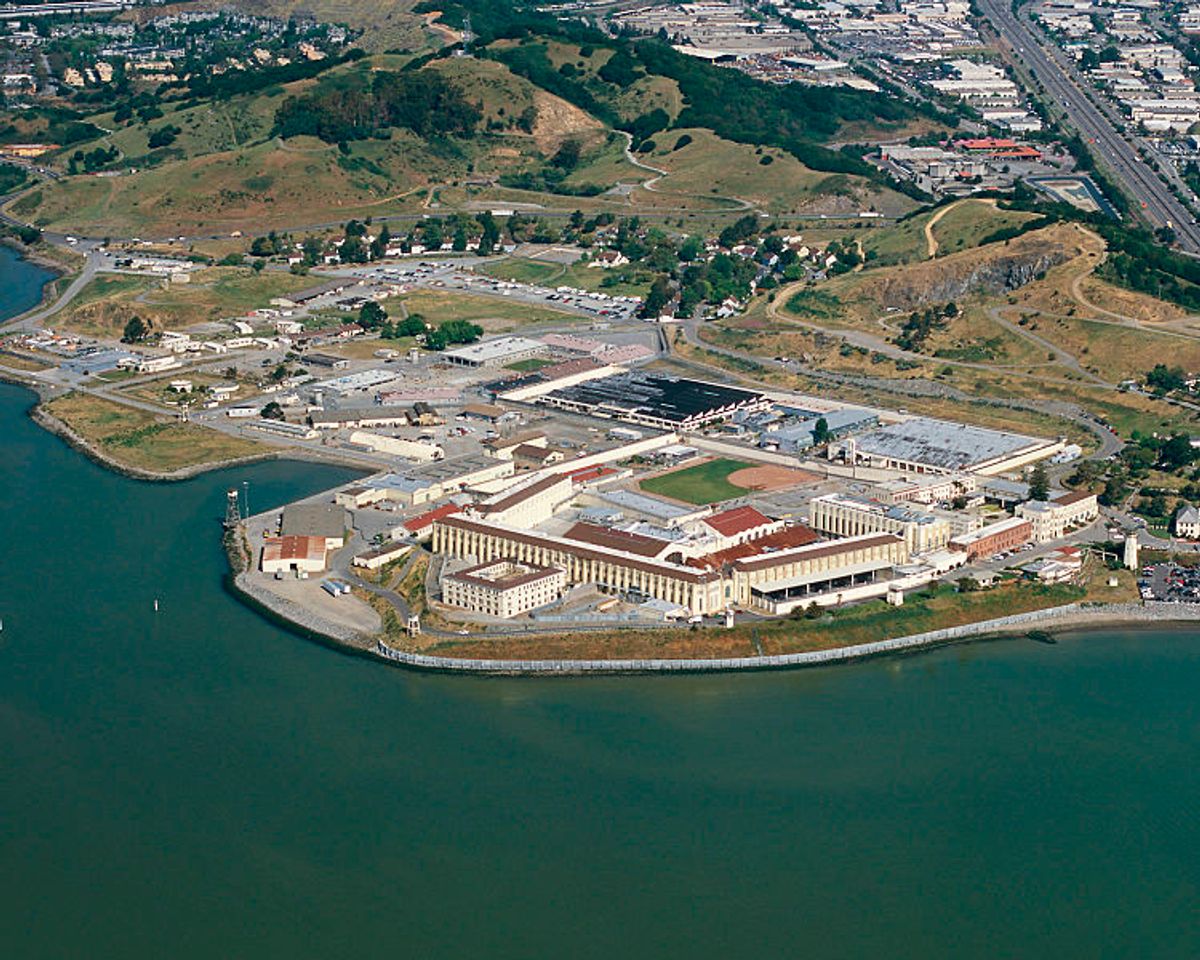 More than 12,400 inmates across California have been fasting since Monday, to protest solitary confinement and call for improved prison conditions. The strike, involving roughly two-thirds of the state’s prisons, is one of the largest in California history.

So far no prisoners have been force-fed, and the Corrections Department says they have no current plans to do so. “Hopefully no one will get to that point,” said a spokesperson for California’s corrections department. During a similar strike in 2011, the chief of the state’s prison system said he planned to seek court permission to force-feed inmates. (The strike ended before he did so.)

As lawmakers call for an end to the force-feeding of Guantanamo detainees, the California strike serves as a reminder: inmates on U.S. soil can ultimately be given the same treatment.

While there is no national data available on the prevalence of force-feeding in U.S. prisons, a number of cases have been documented in recent years, largely after appeals to stop the process were rejected by state courts.  The courts have typically ruled that prisons can force-feed an inmate without their consent if it’s needed to maintain the safety and security of the prison.

Connecticut inmate William Coleman, who is hunger striking over what he says was a wrongful conviction, has been force-fed since 2008. The Connecticut Supreme Court hassided with prison officials, who said that Coleman’s strike could threaten the prison’s security and lead to copycat strikes.

More recently, New York inmate Leroy Dorsey was denied the right to refuse feeding in May, when the New York Court of Appeals ruled the prison could continue to restrain and feed him with nasogastric tubes.

California is one of only three states whose courts have ruled against force-feeding. In 1993, the state Supreme Court ruled that one a paralyzed inmate had the right to “decline life-sustaining treatment, even if to do so will cause or hasten death.”

But the judges in that case noted that prisons could use force-feeding if a hunger strike was a threat to order in the prison and the safety of other inmates. “We do not preclude prison authorities from establishing the need to override an inmate's choice to decline medical intervention,” the judges wrote.

California prison policy says that inmates can refuse medical treatment as long as they’re conscious and able to do so. Prisoners can also sign statements that say they cannot be administered treatment, regardless of their condition. “Force-feeding inmates is not part of our medical protocol,” said Joyce Hayhoe, Director of Legislation for the California Correctional Health Care Services.

But in 2011, the former head of California prisons said he thought those prohibitions against force-feeding could be overruled with a court’s approval. To do so, the Corrections Department would have to prove that force-feeding was in the state’s interest to maintain a safe prison environment for other inmates.

The department never actually sought court permission, as officials agreed to meet with inmates and said they were reviewing the state’s solitary confinement policy. The two strikes in 2011 ended after three weeks.

The prison system did revise its solitary confinement policies in March, but inmates now striking say the changes do nothing to limit the length of solitary confinement sentences, which can continue indefinitely. Inmates are also calling for an end to “group punishment,” such as race-based lockdowns that restrict an entire race of inmates for one prisoner’s violation. The California Corrections Department is facing federal lawsuits over both practices.

“At this point, it is clear to us that the [Corrections Department] has no intention of implementing the substantive policy changes that were agreed to fifteen or sixteen months ago,” organizers said in a press release, announcing plans to renew the strike.

Hunger strikers at Pelican Bay prison have released a list of five demands, which inmates in other prisons have expanded.

Corrections officials have announced that inmates will face consequences for participating in the strike, ranging from being denied family visits to being put in solitary confinement. “It is against state law to participate in disturbances such as mass hunger strikes,” said corrections spokesperson Jeffrey Callison. “Eventually participants will be issued rule violation reports.”

Dolores Canales’s son, an inmate at Pelican Bay prison, is striking for the third time in two years. She is worried prison officials may be less willing to work with inmates this time around. “They’re going to let them go God only knows how long without eating,” she said.

Canales has lead efforts to organize other family members in support of the strike. She, like many family members she knows, has avoided discussing force-feeding with her son. “I don’t want to know,” she said. “If it were up to me I would say do whatever it takes to have him live.”

Isaac Ontiveros, a spokesperson with the Prisoner Hunger Strike Solidarity Network, hopes the size of the strike will push corrections officials to consider inmates’ demands, and make it harder to crack down on the protest.

As far as force-feeding, “It doesn’t need to come to that,” Ontiveros said. Prison officials “can end this very, very simply.”