Don't reduce us to "rednecks." Yes, our newly passed abortion laws are shameful -- but you're missing a lot more 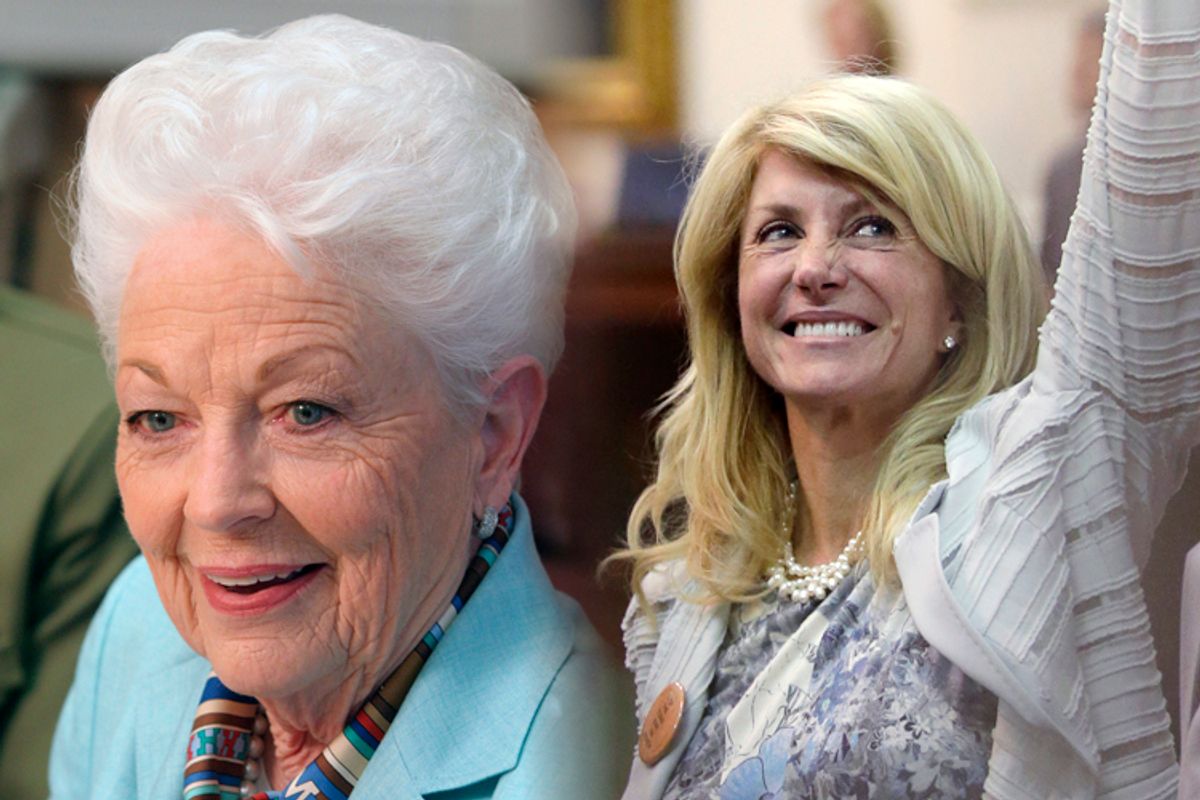 I am an eighth-generation Texan, and if my accent doesn’t give me away, that is the first fact I will volunteer about myself in conversation. Name me another state where eight generations win you immediate legitimacy. But I'm also liberal. And this makes me no less proud of my home state.

Let me explain. You'd be hard-pressed to find a state with more pride, unsurprising for a territory that was once a sovereign nation. Texas is diverse and sprawling, born of many different backgrounds and melded together with its own swagger. Our bouffant-haired culture and hospitality have seen many portrayals in the media, but it’s hard to describe our peculiarly accented je ne sais quoi to someone who doesn't understand why Texas Monthly needs a barbecue editor or hasn’t seen the landscape change from forest, to desert, to mountains in a day’s drive.

I've since adopted Austin as my home, seeking refuge in the liberal oasis and protected by its bubble of progressive ideology. Left-leaning politics are not an anomaly in Texas' capital city, but the six weeks of debates that led to the passage of restrictive abortion legislation were a painful reminder of the ideology that lay outside of Austin's city limits. Gov. Rick Perry called two special sessions to ram through the controversial bill, which will all but guarantee the closure of 42 abortion clinics, leaving only five designated as ambulatory service centers to accommodate a state larger than France.

I haven't been disconnected from small-town attitudes long enough to forget that the staunchly conservative values represented by the state GOP are rampant. My parents, who still reside in my hometown, had to chain Obama 2008 campaign signs to their front porch after they were stolen from the yard on two separate occasions. There is a vitriol associated with liberalism that is deeply rooted in both rural and metropolitan areas of Texas. Even at a rally in Republic Square park late Friday night while the lawmakers made closing statements on the abortion bill, a group of 20-somethings dressed for Sixth Street stood at the back of the crowd gathered to heckle Cecile Richards, president of Planned Parenthood and daughter of the unforgettable Ann Richards. They shouted "Communist! Marxist!" while she addressed hundreds of orange-clad pro-choice activists. They were the minority that night, but that is largely not the case.

When Sen. Wendy Davis announced her intent to filibuster SB5, the bill's Senate iteration in the first special session, it threw Texas into the national spotlight. Politically minded natives dread such attention, as all Texans are reliably reduced to small-minded rednecks by the outside media. With a editorialized sigh, there is a subtext of "only in Texas," painting the Capitol as a circus of dawdling incompetence. Sometimes that’s the easiest road to take. In the House debates, Rep. Jodie Laubenberg equated a rape kit to an abortion. A vote that clearly occurred after midnight, when the first special session ended, was stubbornly not announced as invalid until three hours after the fact. Tampons and maxi-pads were confiscated from women who showed up at the Capitol for Friday's final vote. The proceedings were indeed mind-boggling, but the time spent on these gaffes did nothing but make a mockery of the fight of the thousands of pro-choice protesters and the Democratic legislators who rallied against the bill.

Texas is not a blue state, and that may not change for a while. But what we forget is that the rough-and-tumble attitude we are known for isn’t unique to the state GOP. Wendy Davis is a continuation of a legacy of Lone Star women who have stood up against injustice. It is the same place where landmark decision Roe v. Wade got started. I look to women like Molly Ivins, who fired off shots against abortion prohibitions through her writing for the Texas Observer and the Fort Worth Star-Telegram. I look to Ann Richards, who championed reproductive health in an arguably more conservative climate than exists today, and whose desire for gender equality is carried on by her daughter Cecile.

The younger Richards, whose work furthers the fight her mother helped begin, stood in front of hundreds on Friday night, even as the battle was in its final throws, to say, “I’m proud to be here as the president of Planned Parenthood Federation of America, as the president of the Planned Parenthood Action Fund, but I’m mainly proud to be here as a Texan.” It was these women who laid the framework for women’s rights advocates today, who waged war as the underdogs and gave us something to be proud of. The flood of orange that filled the Senate gallery, muting the blue-sporting antiabortion activists with a roar that shook the marbled rotunda of the Capitol, was the reminder that their spirit lives and thrives in Texas.

Just before Gov. Perry announced his White House ambitions in 2012, Texas Monthly political columnist Paul Burka penned "Dear Yankee," a guide to writing about our seemingly perma-governor. He also had grievances to air about the rhetoric surrounding Texas on the national stage.

"I'll grant you that presidents we have sent to Washington, from LBJ to George W. Bush, have not always served as the best advertisements for Texas. Nevertheless, we have endured a disproportionate amount of bad writing about our state from journalists who don't know very much about the place, and I for one can't bear to suffer through another campaign of it," he scolded.

Burka was right. Our national identity was shaped by some twisted hybrid of gun-toting politicians and cowboys. There has never been a president noted for his home state as much as his political achievements, or lack thereof, as George W. Bush. Aided by his soft drawl and much-publicized trips to his ranch in Crawford, he became the unfortunate poster child for Texas. Our state was the punch line for Bush's political missteps. Now it’s happening again.

These broad-stroke judgments are more than just lazy assessments; they cloud the key issues. Friday saw the culmination of weeks of protest and last-ditch efforts by Democrats to amend the draconian bill, as well as a notable nod from BuzzFeed political reporter Andrew Kaczynski that relied on Texas Department of Public Safety reports and social media to sum things up for his 92,000 followers.

Text: “Have there ever been protestors that have done less to help their cause than Texas pro-choicers. ‘Hail Satan’ chants? 18 pee and poop jars?”

Seizing the low-hanging fruit, Kaczynski used a DPS press release to sum up the protesters. Had he scratched the surface, he might have included the plurality of protesters who remained respectful in the Senate gallery, and nonviolent on the outside. But painting the “unruly mob,” as Lt. Gov. David Dewhurst called them, became just another tweet-able talking point in a much larger movement. Only in Texas, right?

But even more distressing were the Texans who expressed disappointment in the bill’s passage by lamenting their state. “Embarrassed” and “ashamed” littered social media and speeches from leaders. For all of the “Stand With Texas Women” rhetoric, it seemed that everyone was on their last leg by the end of the fight.

We have a right to be mad at the GOP lawmakers waging war on our rights. But if we distance ourselves from our state out of shame, it removes us from the fight instead of contributing to it. Just as the media diminishes the work of our grass-roots fight, blanketing disappointment on one another smothers the embers of activism that burn even when the Legislature isn’t there to fan them. Nothing about your identity as a Texan means you are small-minded. The Texans that the world watched as they waged a 15-minute people’s filibuster, those were the people that represent my Texas. Now, more than ever, I am proud to be a part of it.