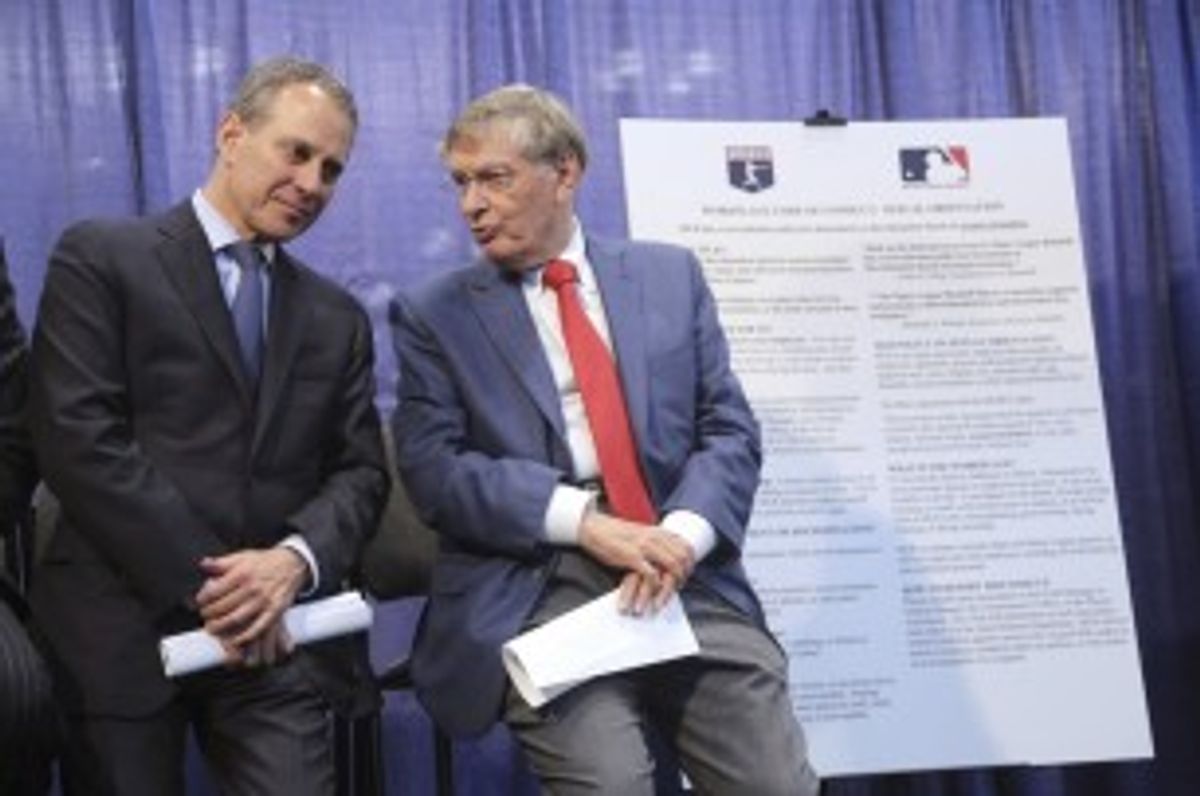 Major League Baseball Commissioner Bud Selig announced on Tuesday plans to strengthen the league's current non-discrimination policy to better protect players from harassment based on sexual orientation. (Hypothetically, at least. There are currently no openly gay players in the league.)

The MLB first added sexual orientation to its non-discrimination policy in 2011, but the changes announced Tuesday are more direct -- including the development of awareness training and educational programs for players, guidelines for reporting harassment and even a reminder that off-field conduct, like tweeting, falls under the new policy.

“No one should face harassment or discrimination, whether their workplace is an office park or a baseball diamond,” New York State Attorney General Eric Schneiderman, who helped develop the strengthened policy, said in a statement. “By making a clear stand against discrimination in the workplace, our National Pastime is showing national leadership in the fight to promote equal justice for all.”

Schneiderman was joined for the announcement by Selig, who added, "We welcome all individuals regardless of sexual orientation into our ballparks, along with those of different races, religions, genders and national origins. Both on the field and away from it, Major League Baseball has a zero-tolerance policy for harassment and discrimination based on sexual orientation.”