Portland may have gone too far, but too much of the enamel-enhancing mineral can pose a serious health risk 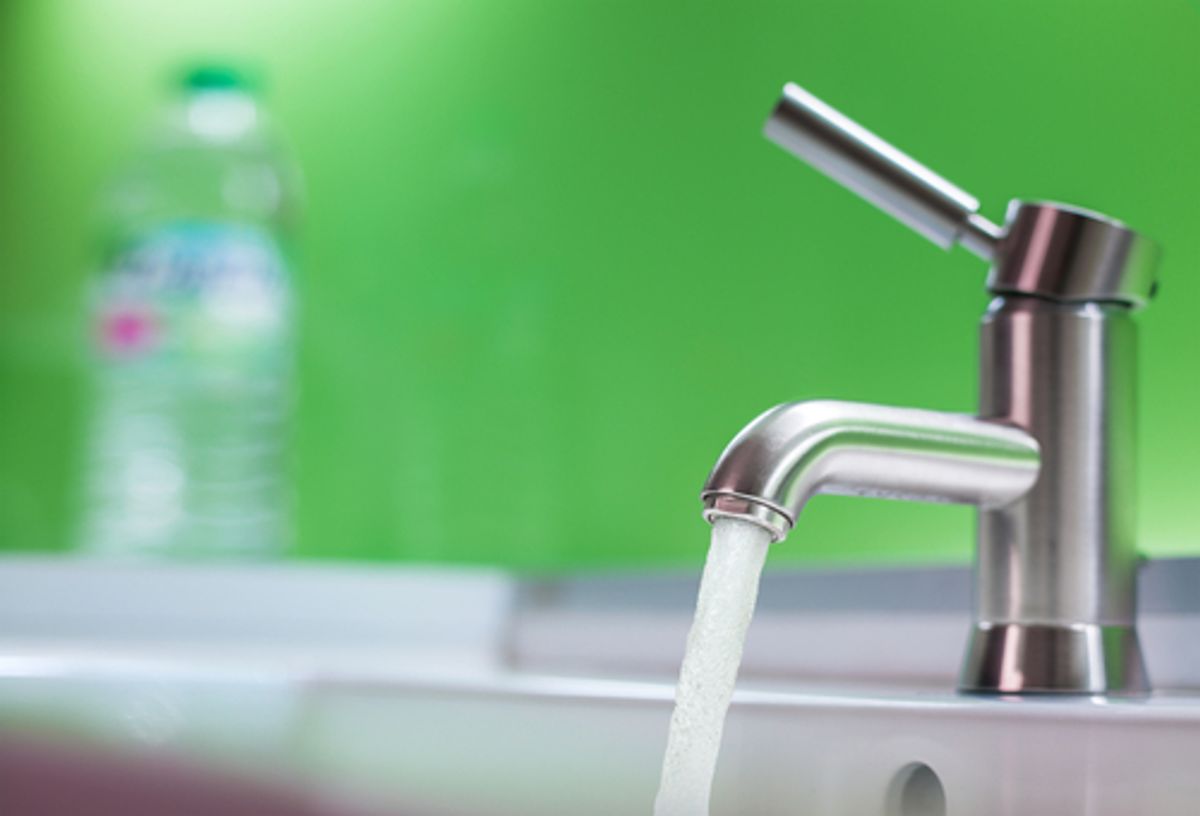 Here are some things I expected to have to teach my 20-month-old daughter: how to say “please” and “thank you,” use a fork and knife, and share her toys. Nobody ever told me that I’d be teaching her how to spit, too. Somehow, I thought I would be teaching her not to do that.

Yet now when my sugar-starved child lunges for her toothbrush and its dollop of delicious orange-flavored toothpaste at bedtime, I find myself thinking about the day, coming very soon, when I’ll take her for her first visit to the dentist. I know from friends who have slightly older kids what’s going to happen: the dentist will advise us to start using something with fluoride in it. And that means that my daughter, in addition to kicking and screaming whenever I wrest control of her toothbrush and try to implement the proper brushing motion, will also have to learn to be vigilant about spitting out the toothpaste at the end of our nightly comedy of errors.

I know what you’re thinking: Isn’t fluoride good for us?

Sure it is ... in moderation. Don’t get me wrong: I’m not anti-fluoride, like some of the residents of Portland, Oregon, who earlier this year defeated -- for the fourth time since 1956! -- their city's attempts to add the enamel-enhancing mineral to its water supply. I don't doubt that the addition of modest amounts of fluoride into our drinking water has, overall, benefitted the dental health of millions of Americans.

But as with so many aspects of modern life -- eating canned tuna (including its mercury), over-enthusiastically applying sunscreen (and depriving ourselves of Vitamin D in the process) -- we’ve now reached the point where many Americans, especially relatively well-off Americans like my daughter, may actually be getting too much of a good thing.

There are, today, numerous ways that we take fluoride into our bodies. Toothpastes and mouthwashes contain it, of course. But so do the many beverages made with fluoridated water that line our grocery-store shelves. Crops that have been irrigated with treated water absorb the mineral. And staple grains and other commodities contain residual fluoride from the breakdown of the fluorine-based pesticides that have been applied to them. As a result, most people get more fluoride than public health officials could ever have imagined back in the 1950s, when the first public water-fluoridation campaigns began.

Unsurprisingly, the rate of dental fluorosis, which appears most commonly as white markings on tooth enamel, has been on the rise. More than 40 percent of children aged 12 to 15 show signs of the condition, up from about 23 percent in the mid 1980s. Although most cases of fluorosis are mild enough to be considered merely cosmetic, more serious ones can lead to weakened enamel and tooth decay later in life. Somewhat troublingly, the rate of serious fluorosis among children 12 to 15 has tripled -- from just over one percent to just under 4 percent -- since the late 1980s.

Responding to the signs of potential overfluoridation, in 2011 the U.S. Department of Health and Human Services and the Environmental Protection Agency revised the federal recommendations for the amount of fluoride in tap water, advising municipal water systems to provide their customers with a maximum of 0.7 milligrams of fluoride per liter of water, down from the previously recommended range of 0.7 to 1.2 milligrams per liter. The most common (and mild) types of fluorosis can occur at levels as low as 2 milligrams per liter; but at much higher levels of exposure -- more than 10 times what most of us typically ingest -- fluoride can cause bone weakness and even skeletal deformity, according to the World Health Organization. Such cases are rare but not unheard of; the WHO’s website refers to the example of the Indian province of Assam, where some residents were crippled for life after drinking water that contained naturally occurring fluoride at levels of up to 23 milligrams per liter.

For American children, the greatest risk for overexposure occurs in infancy, specifically among babies who are exclusively fed powdered infant formula mixed with tap water. (Infants generally drink nothing but milk until about 6 months of age, and it remains a large part of their diet for many months to follow.) The CDC doesn’t put a figure on the increased risk to tap-and-formula-fed babies; it merely advises concerned parents to breastfeed (as I did), or to use liquid formula instead.

Portland has managed to keep fluoride out of its water for decades, but other local governments are now discovering just how complicated the politics surrounding the issue can be. Last year, officials in Pinellas County, Florida -- influenced as much by small-government ideology as they were by health concerns -- voted to remove the mineral from their water supply. A major backlash ensued when many residents who had previously been paying 29 cents of tax per year for fluoridated water felt the need to go to their family dentists for fluoride pills. According to the Tampa Bay Times (which won a Pulitzer Prize for its editorial coverage of the story), some families found themselves paying as much as $120 a year for the supplements. As a result, the county commission was shaken up in last November’s election -- and the new commission voted to return fluoride to the water. As of March, it’s back.

A mouth free from toothaches is a luxury I’d like all kids to have. In our home, we’ll continue to drink our fluoridated tap water, and will eventually graduate to toothpaste fortified with the mineral. For my part, I’ll muster the time and the patience (well, on most nights) to wrestle my daughter for control of the toothbrush. And when the time comes, I’ll be the sentry at the bathroom door, eyeing her in the mirror as she brushes -- and as she spits. Just to be on the safe side.