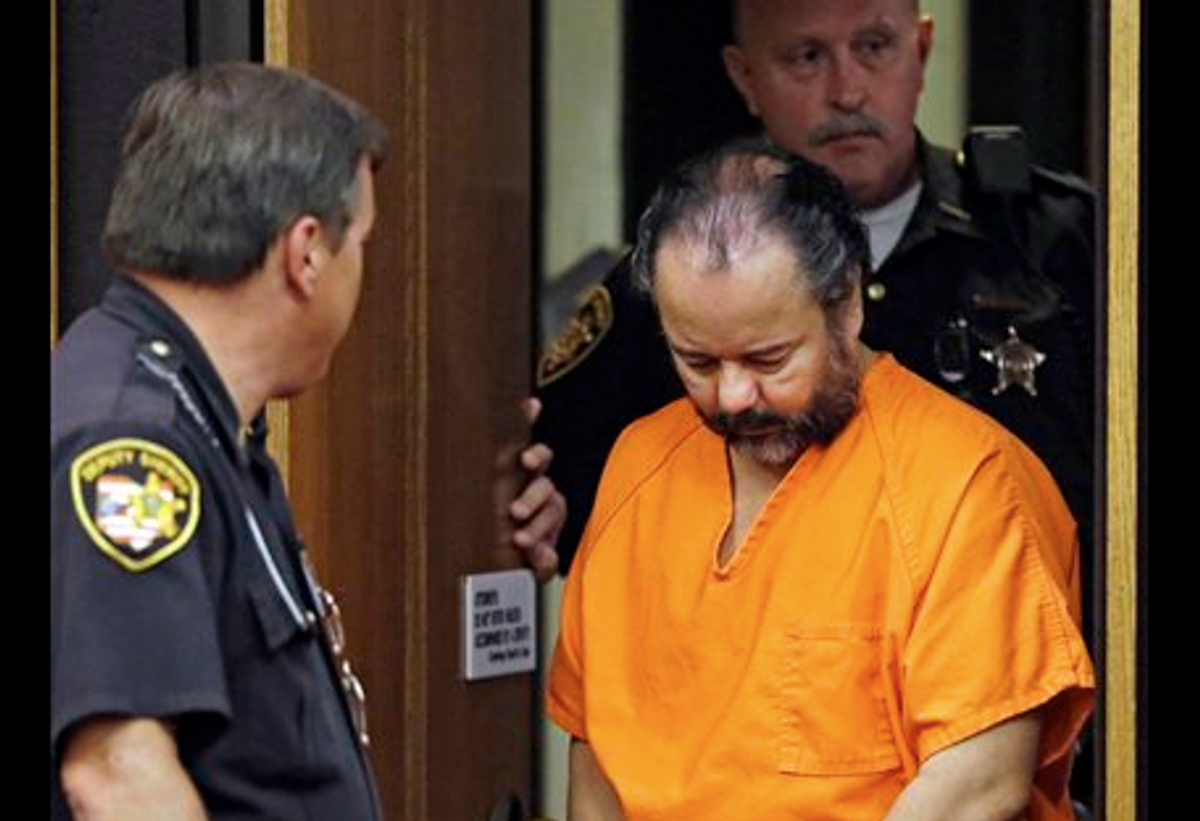 CLEVELAND (AP) — The Cleveland man accused of holding three women captive in his home for over a decade faced arraignment Wednesday on an expanded indictment charging him with 512 counts of kidnapping and 446 counts of rape, among other crimes.

The newest charges returned Friday by a grand jury against Ariel Castro expanded on a 329-count indictment filed earlier that covered only part of the time frame of the alleged crimes.

Castro, 53, has been jailed since his arrest on May 6 shortly after the women escaped to freedom. In past court appearances, he has kept his head down, typically responding to a judge's questions with one-word answers.

Castro has been charged with two counts of aggravated murder related to one act, saying he purposely caused the unlawful termination of the pregnancy of one of the women.

Besides kidnapping and rape, the new, 977-count indictment also charges him with seven counts of gross sexual imposition, six counts of felonious assault, three counts of child endangerment and one count of possessing criminal tools.

The women appeared in a YouTube video last week to thank people who donated to a fund created to benefit them. They otherwise have sought to stay out of sight and have appealed for privacy.

Castro is scheduled for trial on Aug. 5, a date that could be delayed if the defense requests more preparation time.

He pleaded not guilty to the earlier indictment of 329 counts. His legal team has hinted Castro would plead guilty if the death penalty was off the table.

Castro is accused of repeatedly restraining the women, sometimes chaining them to a pole in a basement, to a bedroom heater or inside a van. The charges say one of the women tried to escape and he assaulted her with a vacuum cord around her neck.

Amanda Berry, Gina Dejesus and Michelle Knight disappeared separately between 2002 and 2004, when they were 14, 16 and 20 years old. Each said they had accepted a ride from Castro, who remained friends with Dejesus' family and even attended vigils over the years marking her disappearance.

Berry has a 6-year-old daughter fathered by Castro, authorities said.

Castro has been held on $8 million bail. Cuyahoga County jail logs show him spending most of his time sleeping, lying on his bunk, watching TV and occasionally drawing or exercising.