German offers nature walk at NSA base, gets house call from the feds 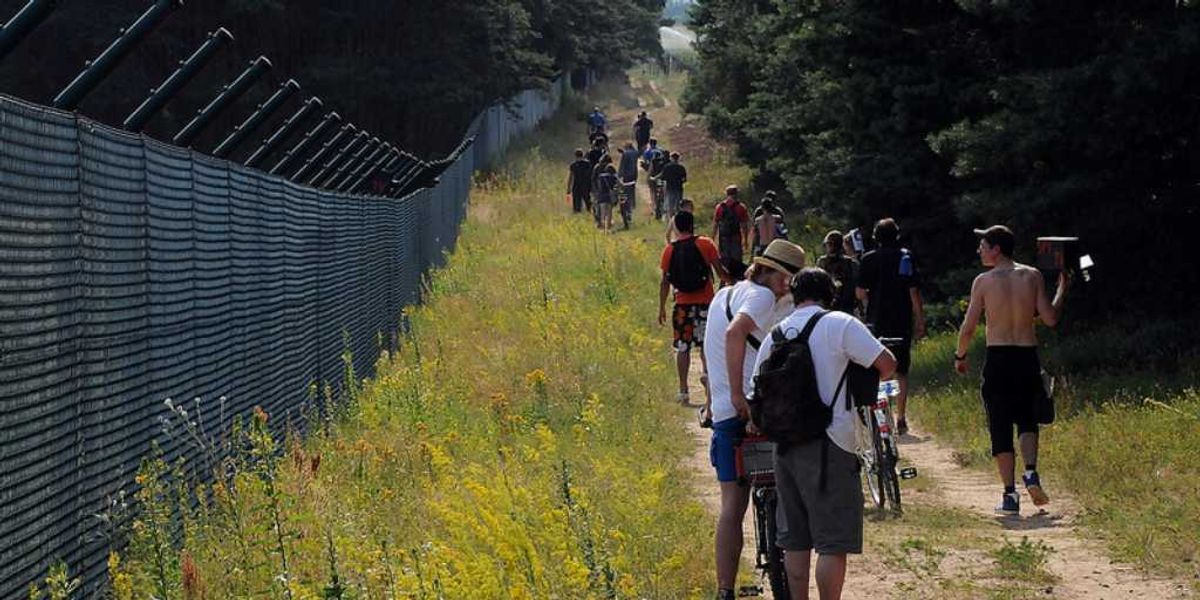 Who says Germans don’t have a sense of humor? Well, the National Security Agency (NSA) for one.

German Facebook user Daniel Bangert shares his hometown with a top secret U.S. facility known as the Dagger Complex. So the other day Bangert, whose Facebook posts rarely veer from the earnest, invited his friends to go on a little trip to the complex, according to a report in Der Spiegel.

He depicted the joke outing as a nature walk, offering "joint research into the threatened habitat of NSA spies,” adding, "If we are really lucky, we might actually see a real NSA spy with our own eyes."

Who says Germans don’t have a sense of humor? Anyone who’s had dealings with the German national police. Four days after Bangert posted his facetious event, at just after 7:00 a.m., they rang him up to make their displeasure clear.

They informed him that he'd better talk to the people about to ring his doorbell. Then his doorbell rang. He pulled on his “Team Edward” t-shirt (the Edward in question being Snowden, not Cullen) and answered the door.

"I couldn't believe it,” Bangert told Der Spiegel. “I thought: What? They are coming for such nonsense?"

Bangert’s sense of the ridiculous was shared at least in part by the officers who interviewed him, he said.

Apparently, US military police found Bangert’s posting online and the German police took over the inquiry.

Not too long after the first call and visit, Bangert was phoned again and instructed to report to Central Commissariat 10 of the German federal police for more interrogation.

"They wanted to know if I had connections with (anarchist groups) or other violent people," Bangert told Der Spiegel. No, he said, he "just wanted to go for a walk."

The officers called him a “smart aleck” and told him he’d want to get a demonstration permit prior to his nature walk. They also told him not to post anything about his field trip to C10 on Facebook. He did.

The actions of the American military and the German police served to draw vastly more attention to Bangert’s “nature walk” than it had before.

Instead of just about no one, 70 people showed up (you can see images of the event here). Two police cars were good enough to accompany the group as they took up Bangert on his offer to see "NSA spies in their native habitat."

Who says Germans don’t have a sense of humor?