The cover has elicited moral outrage from some, and mere yawns from others 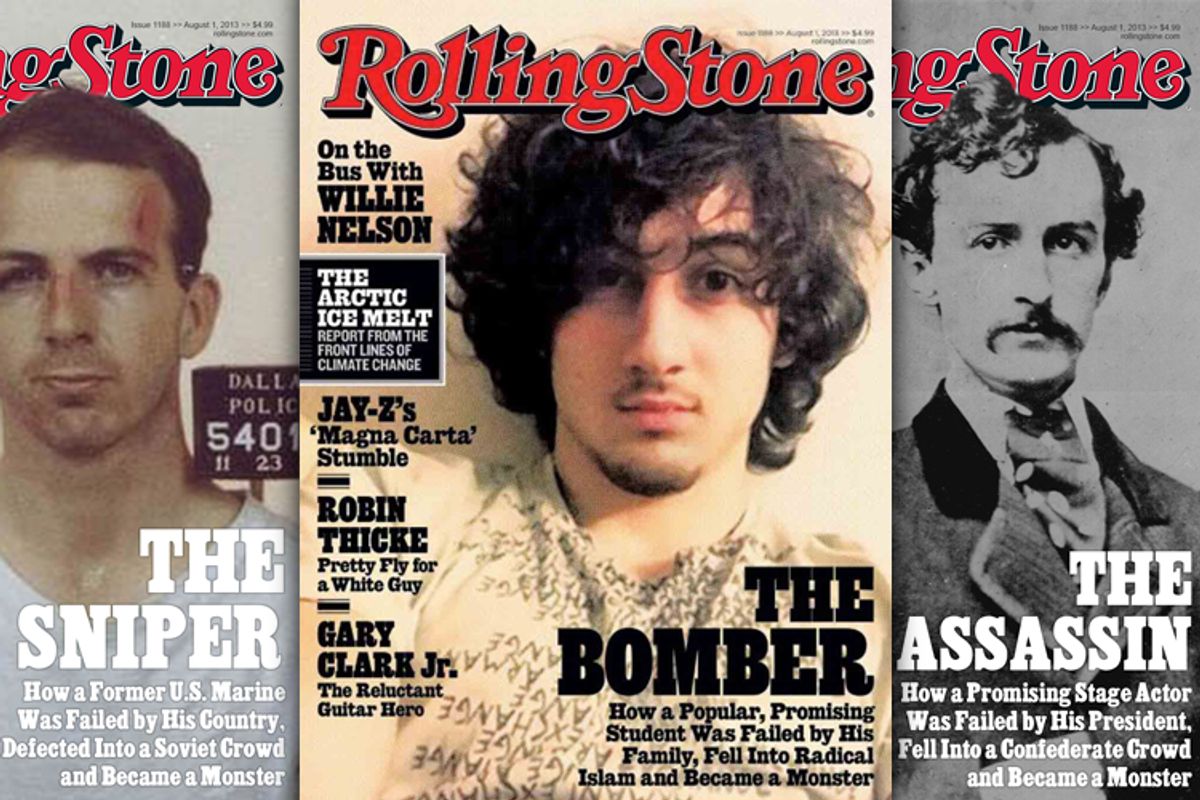 The cover of the August issue of Rolling Stone, which features Boston Marathon bombing suspect Dzhokhar Tsarnaev, has predictably elicited some strong reactions: Tedeschi Food Shops in Boston and CVS, headquartered in New England, have banned the edition from their stores, the former saying that the cover serves "to glorify the evil actions" of Tsarnaev. Celebrities and musicians have publicly condemned the image, deeming it offensive and sensationalist.

Others, however, are barely batting an eye, noting that with infamy comes fame. Writes Salon's Mary Elizabeth Williams:

Tsarnaev doesn’t have a hit song or a hot TV show, but Rolling Stone also covers news and politics, and Tsarnaev is newsworthy. Just like when, over forty years ago, Rolling Stone put Charles Manson on its cover, looking every bit the longhaired rock god — because that’s what Manson looked like. With news comes notoriety, and a photograph is not automatically glamorization. But the fury over Tsarnaev image shows that it’s not always so clear, and the unease that the fuzzy line between infamy and fame brings.

As with any buzzy magazine cover, the Internet has reacted with parodies. While others mock the moral outrage: ...At least it's not Tsarnaev fanfiction?