Does the iPad deserve to exist? 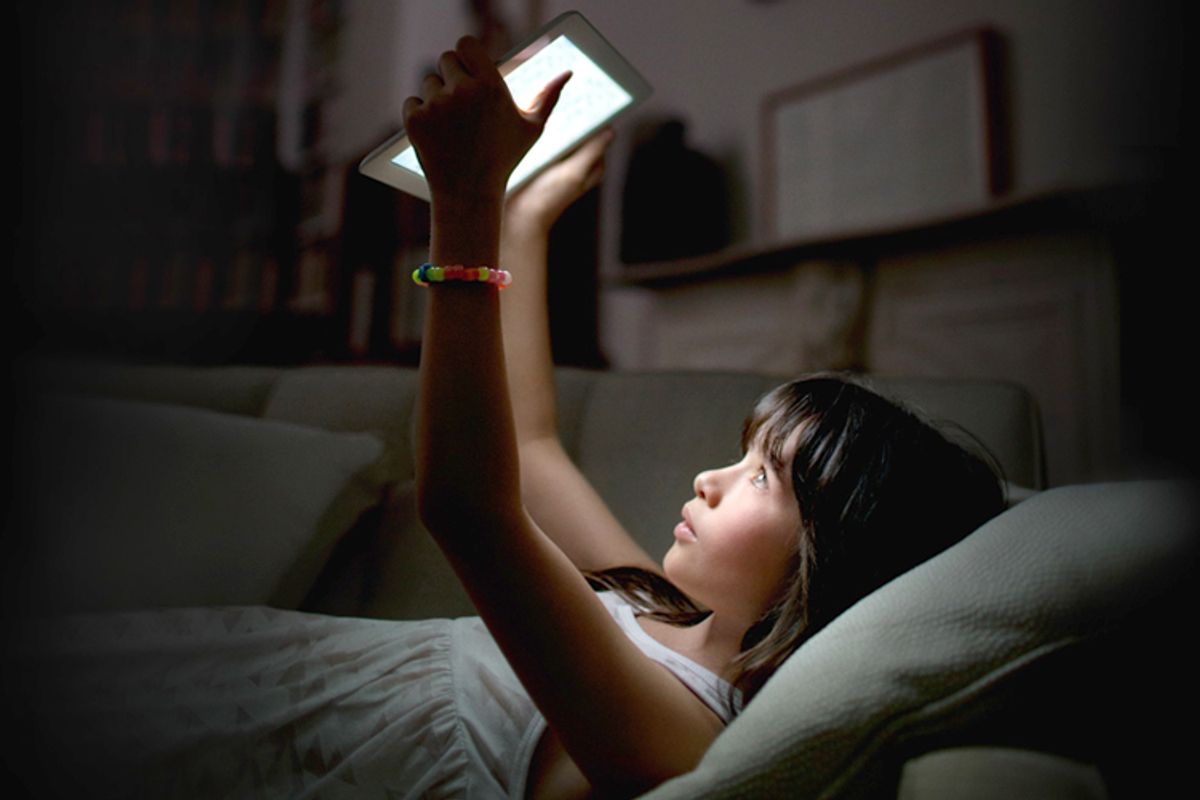 In Mary Shelley’s classic "Frankenstein," Victor, driven mad by his invention of a human-like creature-cum-murderous fiend, complains to a friend: “The form of the monster on whom I had bestowed existence was forever before my eyes, and I raved incessantly concerning him.”

Indeed Victor can’t stop raving. Over the course of the novel, he’s increasingly preoccupied with the monster’s existence—not only the fact of it, but the rights of it, too. The novel thus opens up a complex philosophical debate about man, science, innovation and human experience.

On the one hand, Victor has reason to worry. His creature is made from human cadavers, grotesque in proportion and pigment, supernaturally strong and born without father or mother, sperm or egg. Oh, and he goes on a massive killing spree. But on the other hand, he acquires language, reads French, studies Plutarch, Milton and the Bible; he’s compassionate towards children, sympathetic to the elderly; he even seeks a wife.

The novel’s central question then, and the one that keeps Victor Frankenstein raving through sleepless nights, isn’t merely what to do about the monster—to let him live or die—it’s a question of whether the creature deserves to exist at all.

Apple’s new print ad asks a similar question about the iPad. A girl lies in a dark bedroom with an iPad held above her at arm’s length. The display provides the only light in the room. What’s on the screen is opaque, and irrelevant anyway. It’s the device, not what it does, or how it does it, that’s important. What matters most is the relationship between the girl and the iPad. The way her face is lighted in the otherwise black space, her eyes pitched skyward, transfixed in awe and wonder, you might imagine a child looking up at a starlit night or at a swarm of fireflies. The image suggests a communion with a mystery as vast and earnest as nature itself. On the side are several lines of text, laid out in verse:

This is what matters.

The experience of a product.

How it makes someone feel.

Will it make life better?

And, in a line that echoes what Victor Frankenstein wonders about his creature, the ad asks:

“Does it deserve to exist?”

One suggestion here is that the iPad is so essential (“it means everything,” the copywriters claim later on the page) that its invention might be too much for us to appreciate, accept, comprehend, whatever. But the device is even more than that. In fact, it’s hardly a device at all. It exists beyond mere technological status. “You may rarely look at it,” Apple claims. “But you’ll always feel it.” Like the night stars or an old friend, you needn’t see the iPad firsthand to be comforted by the knowledge of its existence. It’s enough just to know it’s there in the world. The iPad, Apple would have us believe, isn’t merely a product for browsing the Web or checking your email, but a kind of companion that “enhances each life it touches.”

For Apple, the matter of whether or not it “deserves to exist” is therefore not, as Victor Frankenstein worries, a question about the humanity or sanctity of the object but an outright affirmation of its existential rights. Apple isn’t in fact asking a question; it’s making a claim.

For a device advertised elsewhere for its “breakthrough Retina display,” the elevation in status from something you look at to something you live with seems a curious proposition. If you don’t look at it very often, what on earth do you do with it? But that’s precisely the point, isn’t it? Apple has long since abandoned the idea of selling material items in favor of selling ideas. Apple CEO Tim Cook has been adamant about Apple not being “a hardware company.” Rather, the target has for a long time been the “hub for someone’s digital life,” which in Apple’s terms means the hub for life itself.

Victor Frankenstein’s research begins with a fine enough goal, too: “I thought,” he says, motivated by his mother’s death, “that if I could bestow animation upon lifeless matter, I might in process of time […] renew life where death had apparently devoted the body to corruption.” Sure, that’d be a pretty good way to “enhance each life [he] touches.” But what he ends up unleashing is a companionless wretch whose existence isn’t worth the price of his invention.

As 21st-century Americans, we sympathize with the monster’s loneliness and emotional disconnect. He’s intellectually engaged, but spiritually alone. He has books and entertainment, but all he really wants is someone to talk with—a companion on a dark night. The creature is erudite, well spoken, studious and not without his charms and graces; but he’s also a rampaging lunatic out for revenge against his creator. Eventually Victor resolves to “destroy the being to whom I gave existence,” but not before the novel raises a profound set of moral and existential queries: What are, or should be, the limits of man’s quest for knowledge? What constitutes existence? Is human life defined by matter or by mind?

In the end, just about everyone gets his due, and the novel doesn’t merely abjure Victor’s desire “to become greater than his nature will allow,” or condemn the creature for his gruesome transgressions. No, Shelley’s intention isn’t simply to censure, but to provoke and prod. Maybe, she’s suggesting, we ought to think about these things a little before we proceed any further?

Indeed technology and innovation have supplied countless other novelists with material for their worry and inspiration, too. Robert Louis Stevenson’s "Dr. Jekyll and Mr. Hyde" gives voice to a cultural anxiety over innovations in psychology and medicine in the late 19th century, revealing a sincere and motivated doctor crippled by his pharmaceutical discoveries and the revelation that “man is not truly one, but truly two.”

More recently, Kazuo Ishiguro’s "Never Let Me Go" also contributed to a genre concerned with the anxiety of invention. In his novel,  human clones are raised for their vital organs. The headmistress in charge of an alternative school aimed at studying the degree of the clones’ humanity is confronted by a faction of former students who want to know why they’d been educated at all if they were just going to be killed and harvested anyway. Finally, the headmistress admits, “we did it to prove you had souls”—that is, to help decide whether or not they deserved to exist.

So how about the iPad? Does it deserve to exist? The mere fact of the question having been asked implies that it already does--and its use in an advertisement further indicates that Apple believes it should. The iPad is no longer just a convenient device; it’s an indispensable companion, humanized to the point that we really believe we “may rarely look at it,” but that it still “enhances each life it touches.” That the question is left unanswered suggests they're content to leave us with the assumption that the object's existence is prima facie a good thing, and all that's left for us to worry over is whether or not we can handle something so remarkable. Picture the creature coming to life on Victor’s table! See his “dun-white” eyes open, his black lips part. But will he ever really offer friendship? Solace? Relief from loneliness or pain?

My worry isn’t that tech companies inflate their sense of importance in our daily lives, or that they might sometimes reach beyond the limits of their scope and relevance in order to sell more widgets. That’s their prerogative, and perhaps also their imperative. My worry is that we allow them. We question oil companies, the auto industry and fast food. But we allow Apple to humanize its products even as it dehumanizes its labor force with long hours, low pay, and dangerous conditions.

Instead, when Apple tells us the iPad “means everything,” and that it was “designed by Apple in California,” we should keep in mind the history of literature devoted to the critique of just this sort of claim; we should remember that the device may have been “designed” in California, but was made in China; that if you aren’t going to look at it very often, you probably shouldn’t bother spending money on it; and that if you’re relying on a piece of aluminum and glass to enhance your life, then you might, as Victor Frankenstein warned almost two centuries ago, be about to “destroy your taste for those simple pleasures” in pursuit of something “not befitting the human mind.”