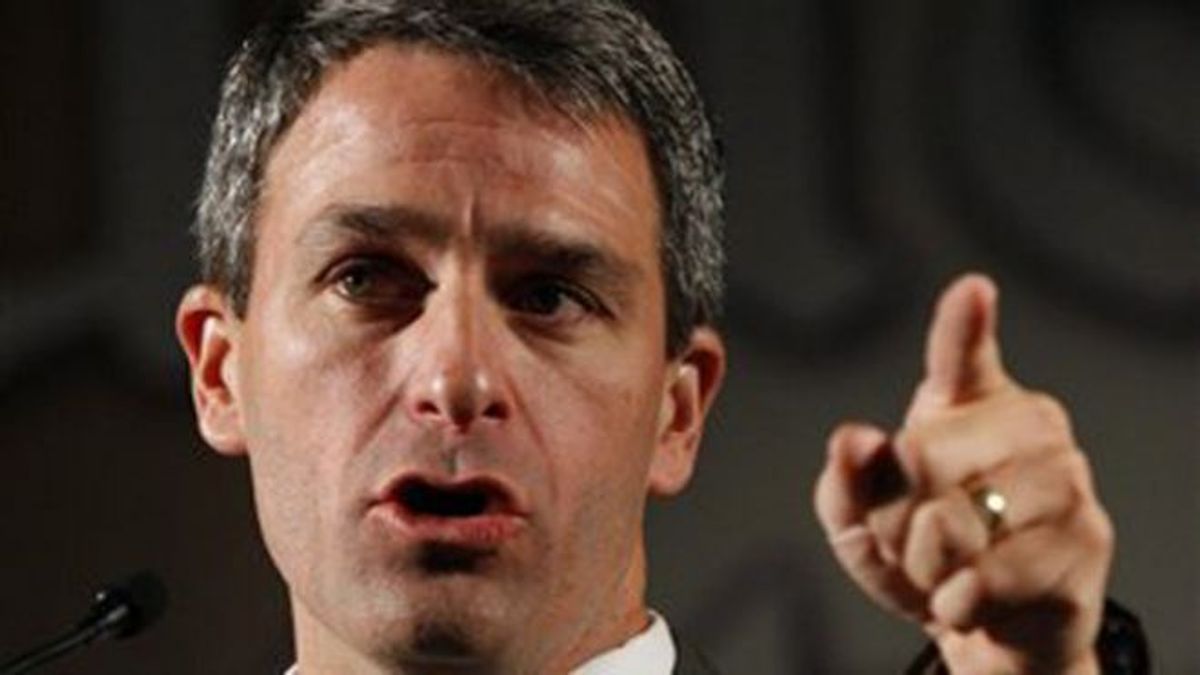 Now, he's taking his crusade to Virginia voters, and trying to use it against his Democratic opponent, Terry McAuliffe.

The website repackages the Virginia law -- which has been roundly criticized as transparently targeting LGBT people -- as a child safety and "anti-child predator" measure. "Keep Virginia Kids Safe!" reads the site, which goes on to warn that there are 90 "predators in neighborhoods across the commonwealth that could come off Virginia’s sex offender registry if a Virginia law used to protect children is not upheld," a reference to the 90 individuals who have been prosecuted under the law since 2003, when the Supreme Court ruled such laws to be unconstitutional.

This deceptive bit of framing -- suggesting that opposing an unconstitutional law means supporting child predators -- puts McAuliffe in an awkward political position, though he doesn't seem to be taking the bait. A spokesperson for McAuliffe's campaign said in a statement on Wednesday that “everyone supports strong laws to protect children and, like most Virginians, Terry believes our laws should be updated to both conform with Court rulings and allow prosecution of predators.”

Gay rights groups are also not buying Cuccinelli's latest maneuver, as James Parrish, the executive director of the gay rights group Equality Virginia, told the Washington Post: “We agree with the attorney general and do not want child predators out there,” Parrish said, adding that if Cuccinelli wants to strengthen the state's anti-predator laws, “he needs to introduce language that addresses the problem ... A blanket sodomy law has no place in Virginia or any other place.”

He may be trying to redirect voters' attention from his anti-gay track record right now, but, while running for state attorney general in 2009, Cuccinelli made his views about consensual sex between gay adults quite clear (and has continued to do so): "My view is that homosexual acts, not homosexuality, but homosexual acts are wrong. They’re intrinsically wrong. And I think in a natural law based country it’s appropriate to have policies that reflect that ... They don’t comport with natural law. I happen to think that it represents (to put it politely; I need my thesaurus to be polite) behavior that is not healthy to an individual and in aggregate is not healthy to society.”