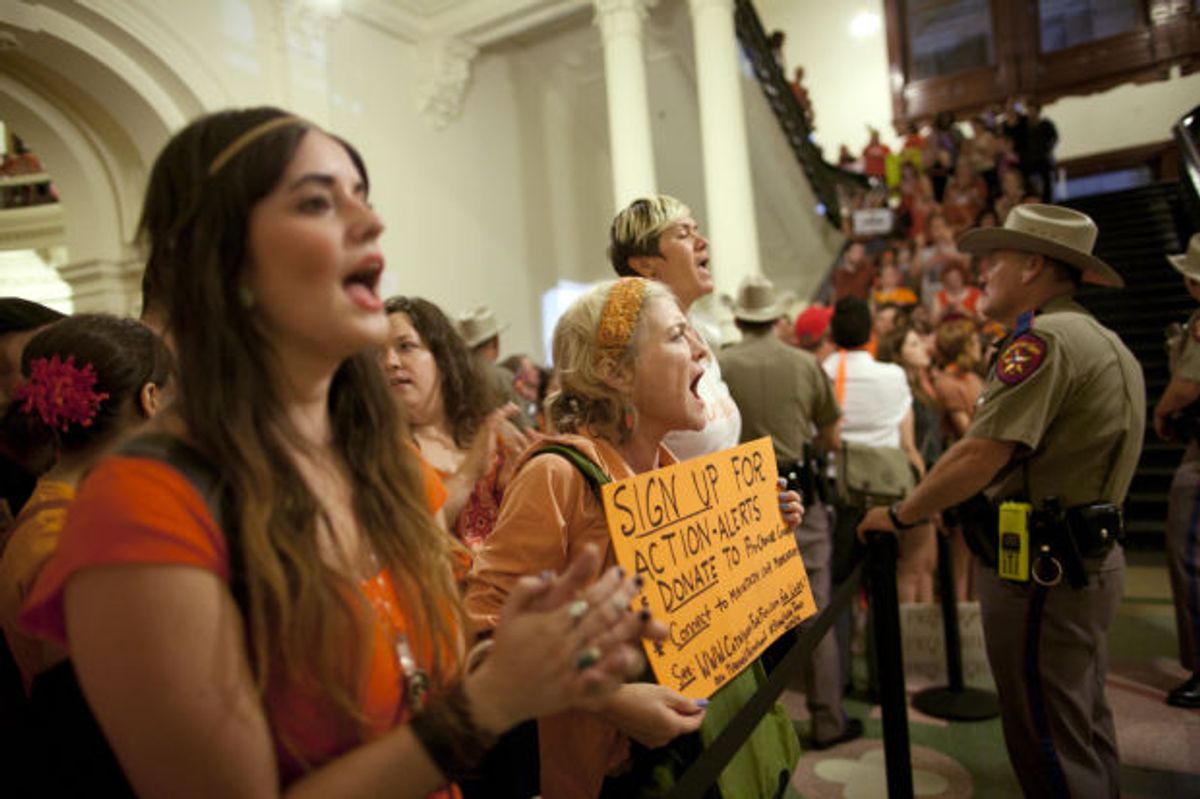 With the ink barely dry on Texas' sweeping new abortion law, three Republican members of the state House on Thursday filed a so-called "fetal heartbeat" ban, a measure that would criminalize abortion as early as six weeks, before most women even know they're pregnant.

North Dakota is the only state to ban abortion at six weeks, though the law is currently being challenged by reproductive rights groups.

There has been no official comment on the measure as of this posting, though it will undoubtedly face harsh criticism and fierce opposition from the thousands of Texans rallying against the Republican-controlled Legislature's efforts to eliminate access to safe abortion care in the state.

Interestingly, Republicans are also likely to face pushback from others in the anti-choice movement, as was the case in Arkansas, a state that recently passed another unconstitutional ban on abortion at 12-weeks.

"As much as we would like to protect the unborn at that point, it is futile and it won’t save any babies,” James Bopp Jr., an anti-abortion lawyer who opposed the Arkansas law, recently told the New York Times, noting that the law has very little chance of surviving a legal challenge.

In North Dakota, Republican Gov. Jack Dalrymple also acknowledged upon signing his state's six-week ban that it had very little chance of standing: “Although the likelihood of this measure surviving a court challenge remains in question, this bill is nevertheless a legitimate attempt by a state legislature to discover the boundaries of Roe v. Wade.”