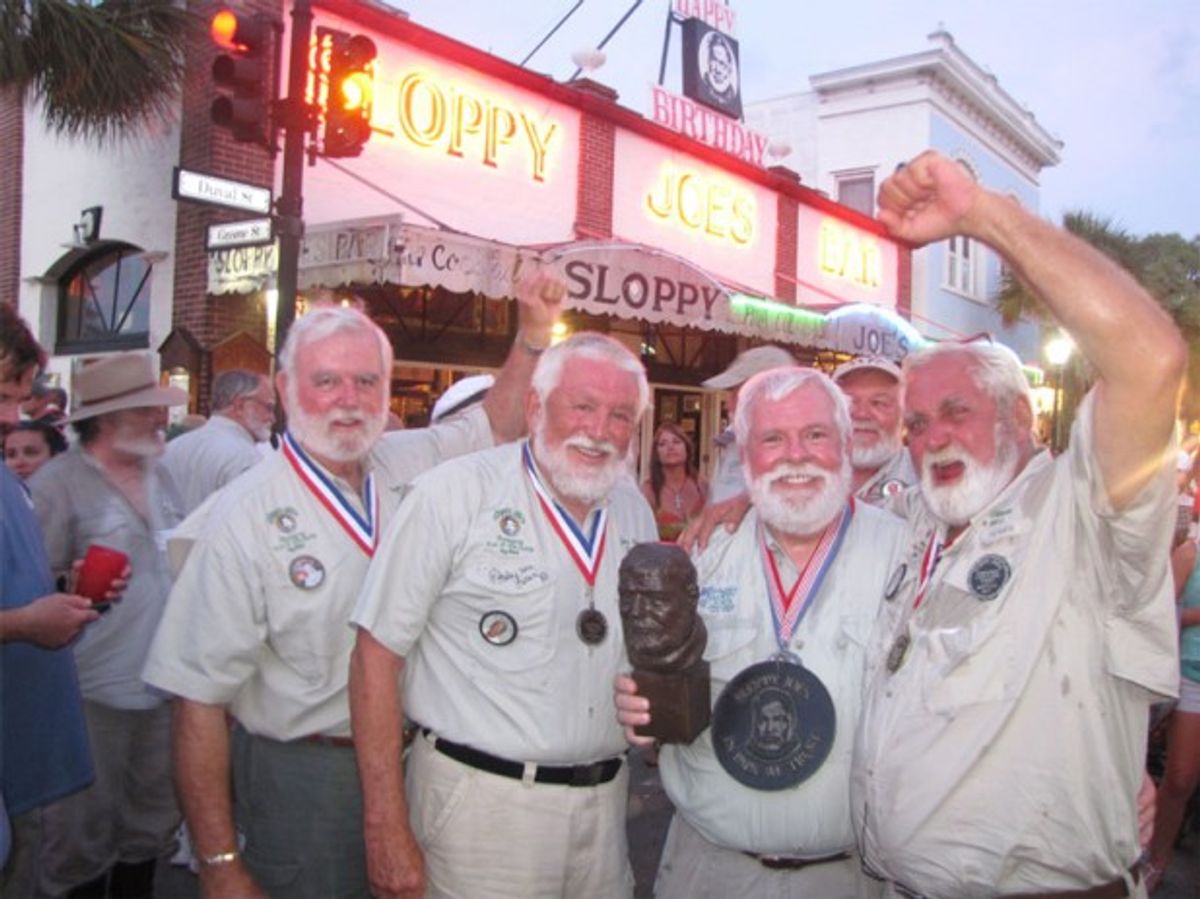 Once a year, sturdy, bearded men with a taste for adventure (or safari garb, at the very least) head to Key West, Fla., to fight to be the next... sturdy, bearded man who most closely resembles Ernest Hemingway.

The weekend-long festivities include a marlin tournament and, of course, a short story competition. The event culminates on Sunday, which would have been "Papa" Hemingway's 114th birthday.

So, if you were ever curious what a room full of Ernest Hemingway doppelgangers standing around in 82 percent humidity might look like, now you know.