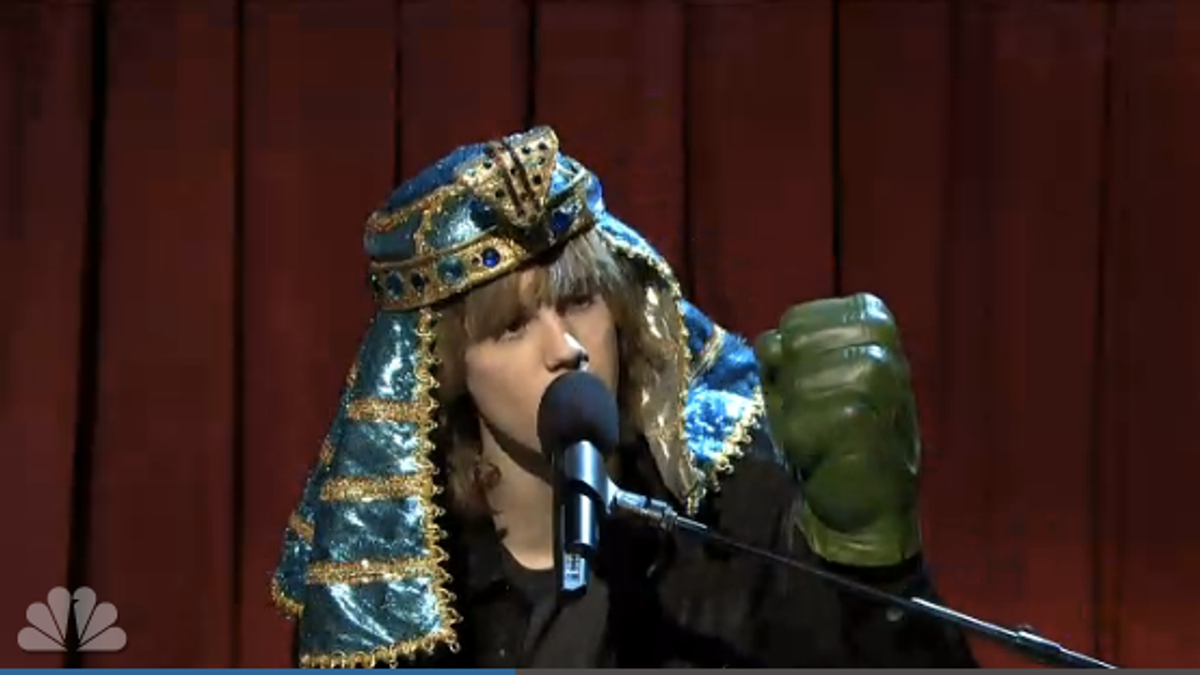 If your audience is packed with preteen Beliebers, it may not be the best opportunity to test run a totally absurdist sketch on "Saturday Night Live." But that's exactly what writers Bill Hader, Rob Klein and John Solomon did when Bill-Clinton-hating, mop-bucket-peeing pop star Justin Bieber hosted back in February.

The audience response was predictably dismal, and the sketch was cut during dress rehearsal.

But because the Internet is magic and sometimes gives us wonderful magic gifts, the sketch ("the greatest train wreck ever," per the writers)  has now surfaced online, where we can all love and appreciate Hader and his "Song for Daddy" as intended.

Bonus: Biebs in an Egyptian headdress and Hulk hands.