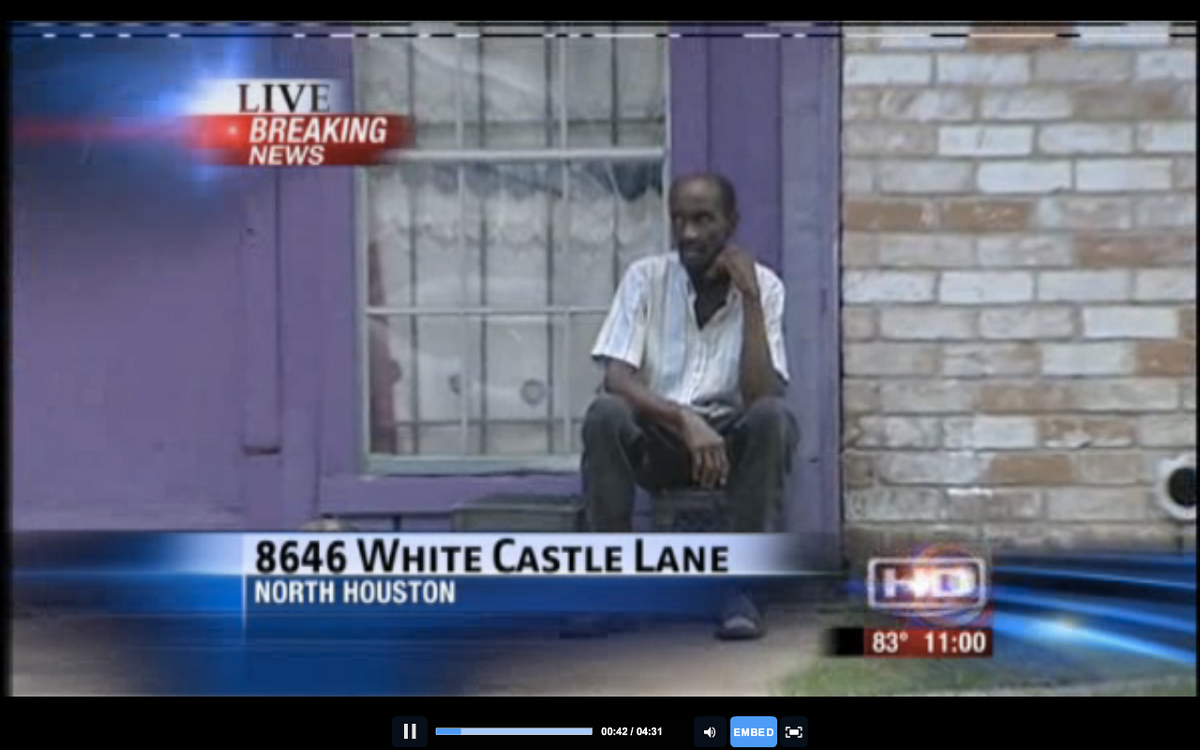 Shortly after 8:30 am this morning, police broke down the door of a home in White Castle Lane, Houston where they discovered eight people who were reportedly being held against their will.

KTRK reported that four of the captives are possibly homeless men aged between of 54-79, while the rest are women, whom police described as mentally ill:

"One of them seemed to think he was picked up off the street and brought here," said HPD Sgt. JW McCoy. "In exchange for beer and cigarettess and a place to stay, he had to turn over his Social Security check."

Three of the men, who were severely malnourished and unable to walk, were found living in a trash-strewn converted garage with no beds. One man told police he had been help for up to ten years.

It is believed the male suspect, in his 40s, also lived in the residence and had power of attorney over his victims. He has been taken into custody, but there are no reports of any charges being laid.