A salacious response to the president's speech misses the point, and shows the need for greater media diversity 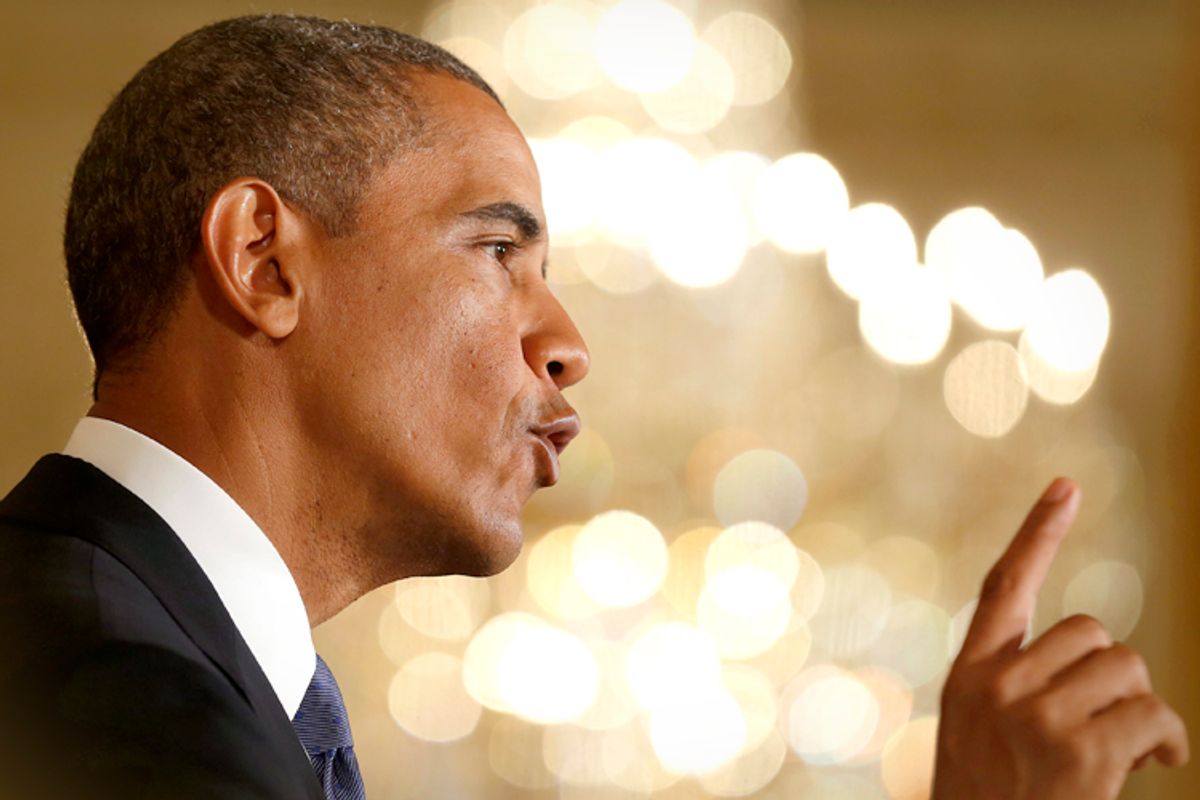 This is not a defense. This is, I hope, the beginning of a conversation.

I read Rich Benjamin’s latest piece for Salon where he suggests that Eric Holder is President Obama’s “Inner N-Word,” with the same anger, frustration and bewilderment as many others. In addition to salaciously dropping the N-word, Benjamin didn’t actually take up Obama’s speech or the many statements the president made in a meaningful way. Instead, he focused on the idea that Attorney General Eric Holder is the black man who says the things Obama can’t, Obama’s “repressed Black Id.” He forwarded the idea that Holder was “more black” (and more correctly black) than Obama because Holder always speaks his mind, most recently denouncing, vehemently, “Stand Your Ground” laws.

Worse yet, Benjamin suggested that the more correct or realer mode of blackness comes by way of aggression and anger, perpetuating the pervasive and damaging myth of the angry black man. His piece suggested that nuance is an ineffective strategy when discussing race. He went for the attention-getting gambit. I suspect he dashed off his piece only a short while after Obama spoke (as we often have to; I’ve been there and will be there again and am probably there now. I get it). There was a missed opportunity to more fully address the issue of the complexity of blackness or Obama’s burden of expectations when he addresses race.

As I followed various reactions on Twitter, I wrote my Salon editor, Anna North, because I wanted to know more about the editorial process. Later, I spoke on the phone with Salon's interim editor-in-chief, David Daley, and we had a frank and lengthy conversation with about diversity and editorial/creative freedom.

But. Is Benjamin’s piece a writing problem or an editorial problem? In looking at the editorial staff of Salon, one thing is clear—there is little ethnic diversity. Let’s not pretend, however, that this is only a Salon problem. Most magazines, online and print, are utterly lacking in editorial diversity and demonstrate little interest in addressing the problem. I don’t need to name names; just pick a magazine.

Salon, like many publications, is stuck in a cultural vacuum where an editor can read Benjamin’s piece and publish it without any indication that there has been some consideration of the consequences, and, more importantly, of the message being sent. I cannot even be sure the editors understand why Benjamin’s piece is problematic though I do know they are absolutely aware there is a problem.

How do the magazines solve their masthead diversity problem? How does anyone solve this problem? The solutions are quite simple but reminders are clearly needed. Diversify the editorial staff, particularly at senior levels. Hire a person of color as an editor at large -- but don’t expect them or any contributor of color on the site to be the token person for matters of race. We can and do want to write on a range of subjects. Create consistent contributor diversity that goes well beyond black writers. Create strong and consistently maintained content partnerships with publications that cater, specifically, to diverse populations. Make sure diversity is an ongoing priority among the current editorial staff in quantifiable ways.

Be more intersectional, creating an environment that produces a range of perspectives on race, gender, class, sexuality, and political thought. There can be no genuine intellectual diversity without intersectional thought and action. Fostering diversity requires both big and small efforts. Fostering a truly diverse environment takes time. Often, it also takes money. Either you will walk the walk or you’ll simply talk about how diversity is a good idea.

Would a black editor have prevented Benjamin’s piece from being published without rigorous questions? We cannot possibly know.

Blackness is not monolithic. The reaction to Benjamin’s piece certainly speaks to that. But because blackness is not monolithic, black editorial insight cannot be predicted. It is problematic to suggest that a black editor is all it would take to prevent a piece like Benjamin’s from being published, that a black editor would save the day with his or her cape and magic black editorial pen. We have to think about what we’re actually saying to suggest this. Rich Benjamin needs to check himself, but he may not be the only one who needs to do so.