Michael Showalter stared me down

As a hopeless fan-girl of "The State," I'd like to think he was into me. The truth is I probably creeped him out 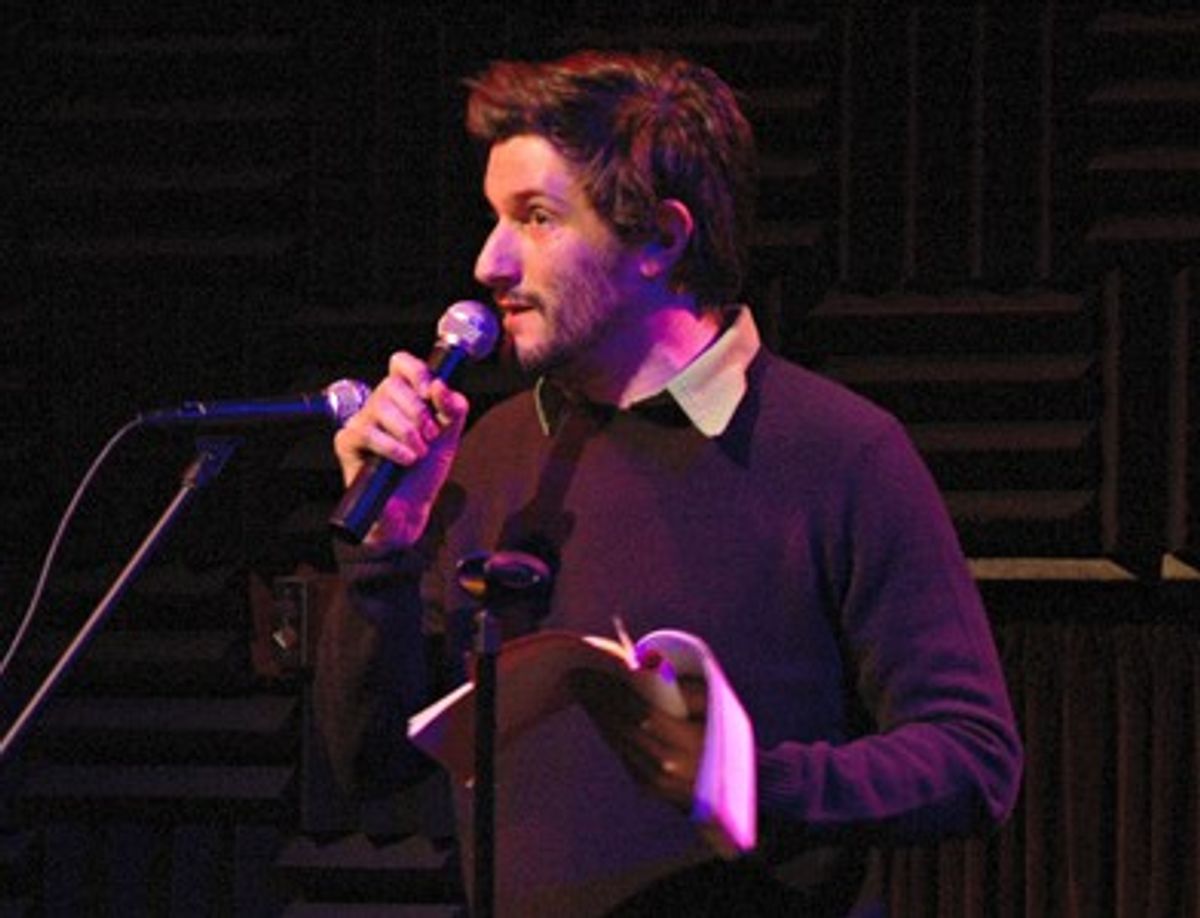 Sometimes, on the rarest of occasions, we happen upon a celebrity or pseudo-celebrity in the wild. Removed from the pedestal of the screen, big or small, or stage, these larger than life living stories almost become human. Quite possibly for long enough to weird you right the fuck out.

As an adorer of “The State” and its members, I love Michael Showalter. But, for the purpose of backstory and stage-setting, I must admit that, seven or eight years ago, I really loved Michael Showalter. It was a strange period of time where I had broken up with my boyfriend, now husband, yet again and was fully in the throes of a kind of co-dependent near-psychosis that meant I was ready to move to New York and become a stand-up. It was, like, an official decision, and I had even applied to and was *certain* I was about to be hired by Best Week Ever. So, this combination of 22-year-old confidence and total delusion, which are not wholly dissimilar things, coupled with that equally strange period in social media, known as The MySpace Years, when we all truly, for the first time, felt a connection with celebrities, that by regularly commenting on their pages and blogs, we played some role in their lives, I not only loved Michael Showalter, but was pretty certain he dug me, too. Not *in that way* mind you, I wasn’t completely gone. But I could imagine a world where he had smiled once or twice at my comments and would totally know who I was if I ran into him at a Park Slope Starbucks or something.

The mid-aughts was a weird time like that. If you think Twitter is bad, then you did not spend nearly enough time attempting to befriend celebrities on MySpace.

Thus, the stage has been set for The Night. Michaels Showalter and Ian Black were doing a show at The Lakeshore in Chicago, and a friend and I attended, laughed riotously and then lined up to get our “Stella” DVDs signed and such. I had consumed exactly enough beer to start knocking bitches down and get to the front of the line, but I’m very short, so I wasn’t great at doing it, and made it to the frontal middlish instead.

We were only in line for maybe ten, fifteen minutes max. But it felt like so much longer. So very much longer.

For, you see, it was The Night Michael Showalter Fell in Love With Me.

The setup of the meet ‘n greet line was snakelike, pre-hipstery 20-somethings wrapping around a fairly small space. Which meant the Michaels were visible the entirety of our time in the line. Which meant, also, that we were visible to them. And that, evidently, is when I caught Showalter’s gaze.

And he did not break that gaze for the full fifteen minutes/eighteen hours, depending on real time vs. perceived time. Because when someone is staring at you, ceaselessly, time slows considerably.

Then it kept going.

Hmm. Perhaps I’m not completely insane. Maybe he actually does recognize me from MySpace. And why not? Is it my sexy gauchos? My twelve-pound earrings? My pre-Snooki hair pouf? Probably that last one, as I had mastered it to an enviable degree.

Then it kept going. I would frequently look up, down, around, at the wall, at my phone, at anything, and, yet, when I looked back, his stare was unbroken. As though my hair pouf had actually hypnotized him, which is a fairly logical theory as to why that “Jersey Shore” show had such good ratings.

Okay, seriously, what is going on? Do I have something on my face? Has someone stuck a swastika on me without my knowledge? Do I have a boob hanging out? Is that it? I’m I smiling like an idiot while dangling tit for all of Broadway Street?

I don’t want to shock you. But, at this point, he is still looking at me. I’m now convinced it is a social experiment designed to make a random fan as uncomfortable as humanly possible. The tiny, brief moments where he looks down to sign something or greet someone come and go so swiftly, then more staring. I’m slowly losing my mind, swirling in a vortex of self-consciousness and social anxiety, the kind that can only come from a comedian you admire staring at you like a Magic Eye picture for the length of a “Children’s Hospital” episode.

By the time we make it up there, I am so flustered and freaked out, I turn into Molly Midwest and thank them for coming like it’s a church picnic and not a popular comedy venue in a major city. I look only at Black. Never at Showalter.

Our MySpace BFF-ship, which was admittedly one-sided, was never the same after that. I drifted away from him, then all of MySpace died, the encounter so awkward that it brought down a social media empire. To this day, I can’t even follow him on Twitter. THAT IS HOW UNCOMFORTABLE I REMAIN.

If you ever find yourselves in a position where you have proper fangirls, I urge you to consider Care Bear stare-ing them into submission to the point where they crumple like human gift wrap and leave you alone for the rest of your life. As effective strategies go, I’ve never found one better.