I was supposed to end up alone

I spent my 20s worried that the hookup hand-wringers were right. I shouldn't have, and you shouldn't either 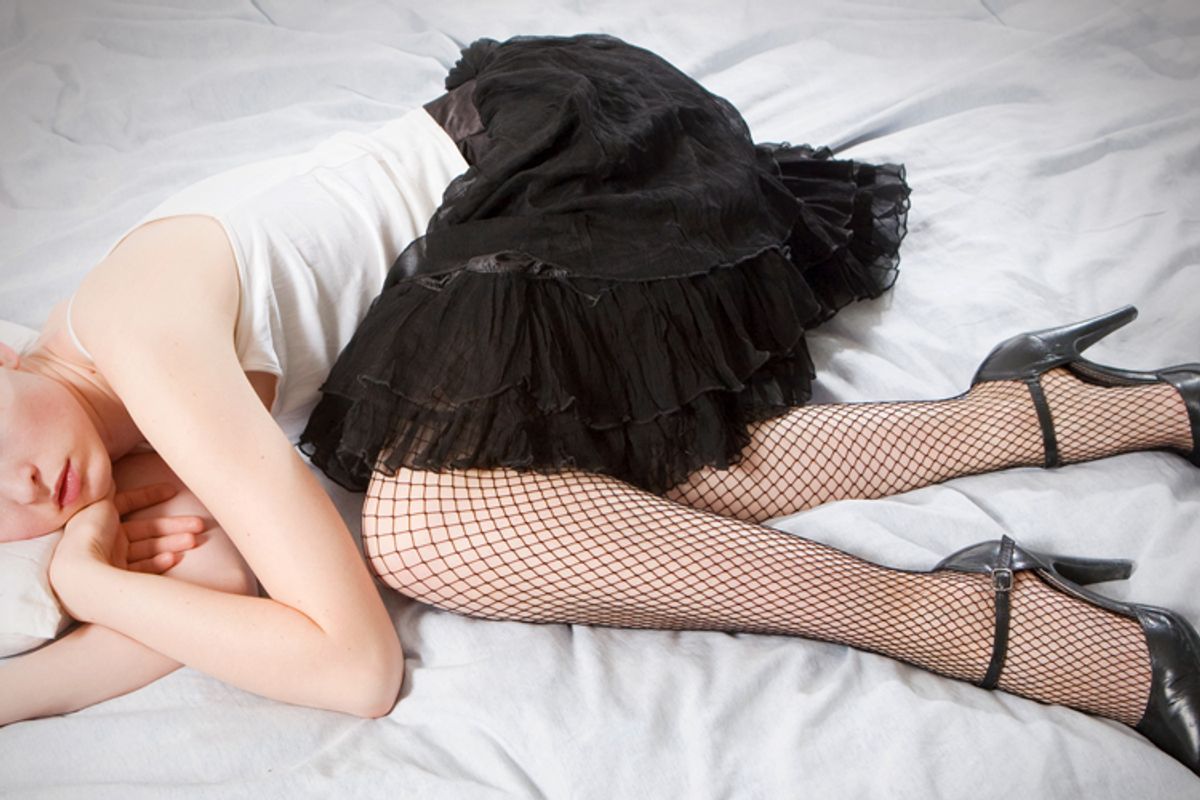 It's weird to be planning my wedding. I, of all people, was supposed to end up alone. At least, that’s what I was told -- directly by countless online commenters and indirectly by culture warriors like Lori Gottlieb, author of "Marry Him: The Case for Settling for Mr. Good Enough," and Laura Sessions Stepp, "Unhooked: How Young Women Pursue Sex, Delay Love and Lose at Both." In my early 20s, I began passionately defending hookup culture from its critics and often used my own experiences with casual sex to make my case. According to their wisdom -- which included such delightful gems as, "Why buy the cow when you can get the milk for free?" -- I was destined to end up a sad cat-lady cliché. I would be depleted of the so-called love drug oxytocin and incapable of bonding, like a rhesus monkey raised on a wire mother.

Instead, I'm nearing 30, cohabitating, engaged and talking about becoming a mom in the not-so-distant future.

Today’s college-age women face similar messages -- but the emphasis on the importance of marriage has only amplified. (I wonder why.) They have to contend with "Princeton Mom" Susan Patton, who is writing a book on why young women should focus on getting a husband in college, and broken-record hand-wringing in the New York Times Style section. Five years ago, I may have seemed a confident defender of hookup culture, but its rabid antagonists made me privately agonize about my future prospects. After all, my ultimate desires were very traditional: I wanted to get married and, more than anything, I wanted to have kids. It seemed everyone was telling me: You’re doing it wrong. What kind of man would want a woman who had slept around -- and, not to mention, written all about it?

I wish I'd known then what I know now. I was the "hookup queen" among my group of female friends (largely because I chose to write publicly about it); I’m also, at the age of 29, the first to get engaged. Clearly, sleeping around didn't stop me from settling down. In fact, I think it helped. Not in a 1-to-1 ratio; it’s not like my likelihood of getting married increased measurably and incrementally with each hookup. Experience and perspective rarely work like that. It was a circuitous path with a lot of doubling back and many U-turns. That's how growing up goes. I was scared of intimacy and commitment until I wasn't.

It’s like they tell high school graduates: Take a year off and travel the world -- gain some real-world wisdom before you settle on a major or a career. I got many colorful stamps in my man-passport. I spent time with people from all walks of life -- from Benz-driving lawyers to out-of-work artists. There were pilots and writers and musicians (oh my!). I lived a million different lives with these men. Far from becoming addicted to novelty, I tired of it. I exhausted my curiosity. There are no dreamy "what ifs" left. All those drawn-out years of casual entanglements made it possible to settle down without feeling like I’m settling. I know exactly what I’m missing, and I don’t miss it at all. I won’t be spending my bachelorette party mourning the loss of my singlehood -- or tucking dollar bills in a male stripper's g-string -- I’ll be bidding it an enthusiastic ado. There's nothing like nearly a decade of late-night text messages and faked orgasms to make marriage seem sexy -- and let’s be honest, it needs a little help in that department.

Contrary to the many arguments made about casual-sex culture teaching young people to pick up and run at the first sign of trouble in a relationship, my hookup years made me more accepting of my fiancé’s imperfections. That’s because I have real perspective on his strengths; our connection means more because I know just how rare it is.

I first met him around the same time that I wrote that first hookup essay. I wasn’t anywhere near ready for him -- and vice versa. Even if I could, I wouldn’t in a million years go back and shake my 23-year-old self and tell her that she’d already met her future fiancé. That would be to discount all of the experiences that I’ve had since. That would be to assume that I would be the same person -- and the same partner -- without those experiences, that I would have loved him the same.

None of this is to say that I had everything right when I first took on the cause of casual sex in my early 20s -- far from it. I wasn't capable of admitting at the time my dissatisfactions and heartbreaks. I didn't see the many ways that I would eventually find the casual sex norm limiting. (But none of those very legitimate concerns about hookup culture were communicated with nuance or honesty by its antagonists.)

My engagement doesn’t prove that my hooking up was “right” or “good” — I don’t believe that getting hitched is the height of female achievement toward which all life activities should be geared — but it's a reminder that the hookup hand-wringers are wrong, and not to be trusted. When I was just out of college, I hated having older women lecture me about what my sex life should look like. Well, now I'm going to do a version of that and tell the young women being targeted by this current round of criticism: Don't listen to them. Don't listen to the trend stories. Don't listen to me. Only to yourself.