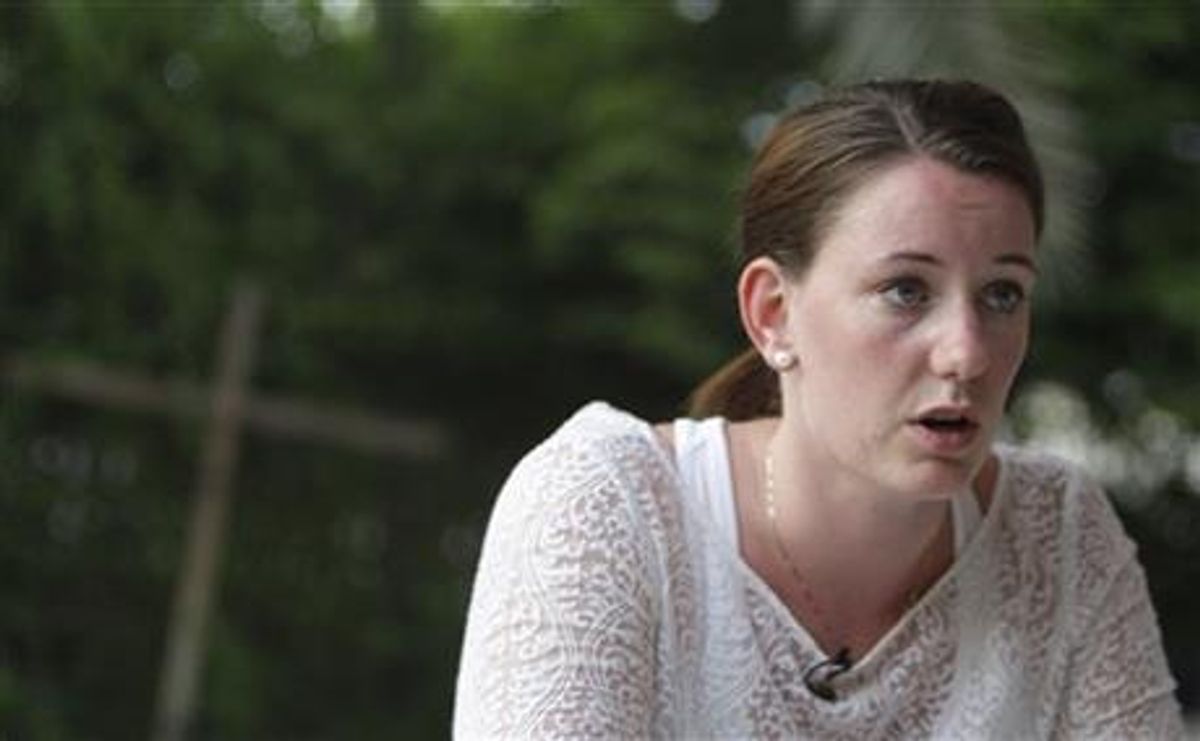 Marte Deborah Dalelv talks to an Associated Press reporter in Dubai after she was sentenced 16 months in jail for having sex outside of marriage after she reported an alleged rape. (AP/Kamran Jebreili)
--

A 24-year-old Norwegian woman is now free to leave Dubai after officials in the country dropped the 16-month prison sentence she was given as a result of reporting her rape to police.

Marte Deborah Dalelv went public with her case after she was was charged with having sex outside marriage and sentenced to more than a year in prison after she told law enforcement that she was raped by a colleague. Dalelv was also charged with making false statements and the illegal consumption of alcohol.

Dalelv told the Associated Press that she is "overjoyed" by news of the pardon. "I have my life back," she added. "This is a great day."

International outrage generated by Dalelv's sentence may prove to be a catalyst to draw attention to the status of women's human rights and the rights of sexual assault survivors under Dubai law, as Norway's Foreign Minister Barth Eide told Norwegian news agency NTB: "The United Arab Emirates and Dubai is a rapidly changing society. This decision won't only affect Marte Dalelv, who can travel home now if she wishes to, but also serve as a wake-up call regarding the legal situation in many other countries."

While Dalelv is finally free to leave Dubai, this is far from the first time that a woman has been punished for reporting sexual violence in the country, as CNN reports:

The United Arab Emirates has been heavily criticized by rights groups, which say it condones sexual violence against women. Human Rights Watch has called its record "shameful," saying it must change the way it handles such cases.

In December 2012, a British woman reported being raped by three men in Dubai. She was found guilty of drinking alcohol without a license and fined.

In January 2010, a British woman told authorities she was raped by an employee at a Dubai hotel. She was charged with public intoxication and having sex outside of marriage.

An Australian woman reported in 2008 that she was drugged and gang-raped. She was convicted of having sex outside marriage and drinking alcohol, and she was sentenced to 11 months in prison.

The fate of Dalelv's alleged attacker, a 33-year-old Sudanese man who was sentenced to 13 months in prison after being charged with consuming alcohol and sex outside marriage, remains unclear, though it seems unlikely that police will further investigate the alleged rape.