Duchess of Cambridge is in labor

The doctor is on a "no-alcohol diet" to prepare 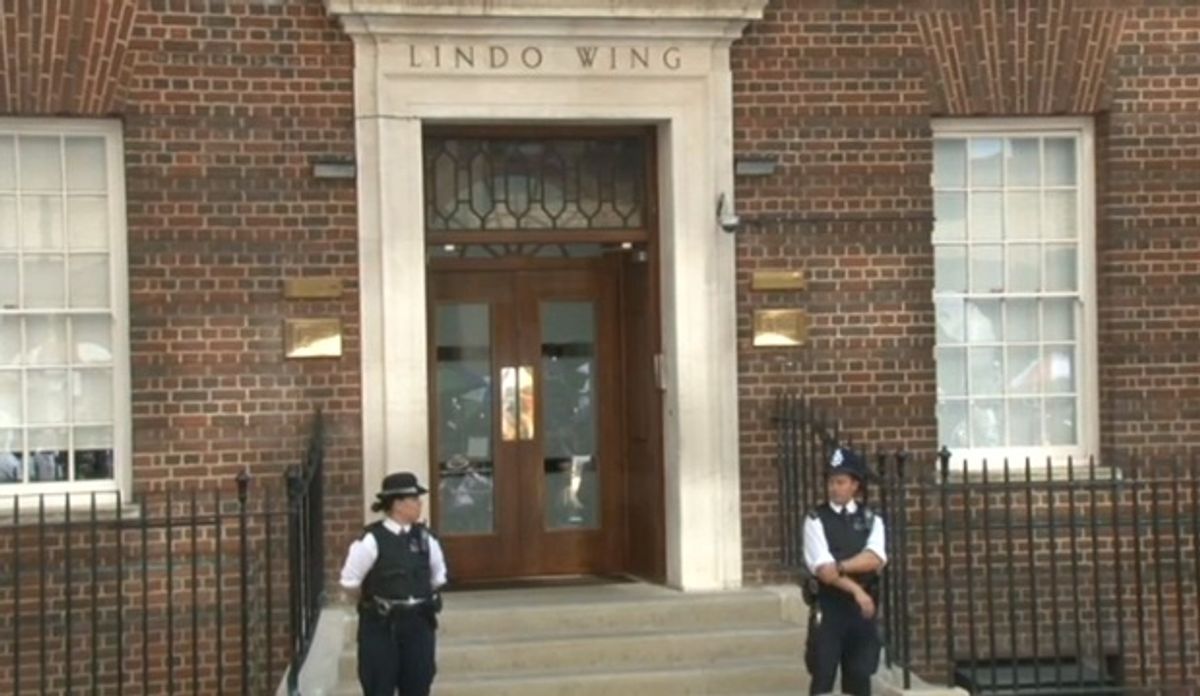 The Duchess of Cambridge, who is carrying inside her body the person who will be third in line to the British throne, has been admitted to a London hospital in the early stages of labor. Everything is proceeding normally (or as normally as can be expected for an event as momentous as the birth of a baby.) According to the Washington Post, it's unclear whether the baby's details can be hidden from social media before an elaborate planned introduction of the baby to the people he or she will one day rule:

Dr. Marcus Setchell — Queen Elizabeth II’s gynecologist, who reportedly put off retirement and went on a no-alcohol diet to prepare — was scheduled to lead what palace officials described as a natural child birth.

An official, embossed announcement will be prepared and signed by medical staff. It will then be taken by messenger, under police escort, to Buckingham Palace, where it will be posted on a gilded easel just inside the central gates.

There, the press and well-wishers will gather for what is supposed to be the first public disclosure of details including the baby’s gender, which even the expectant parents choose not to know ahead of time. A 41-gun salute in London’s Green Park followed, by a 62-gun salute at the Tower of London will hail the arrival of a third direct heir to the throne.

Paparazzi and other very normal people are amassed outside the hospital hoping to see the baby a few instants before its image is unavoidable anywhere with a television screen. The Mirror has a Warholian livefeed of the scene. Right now, The Sun has the imaginative headline "Heir it comes!"