Both men have an interest in being forgiven 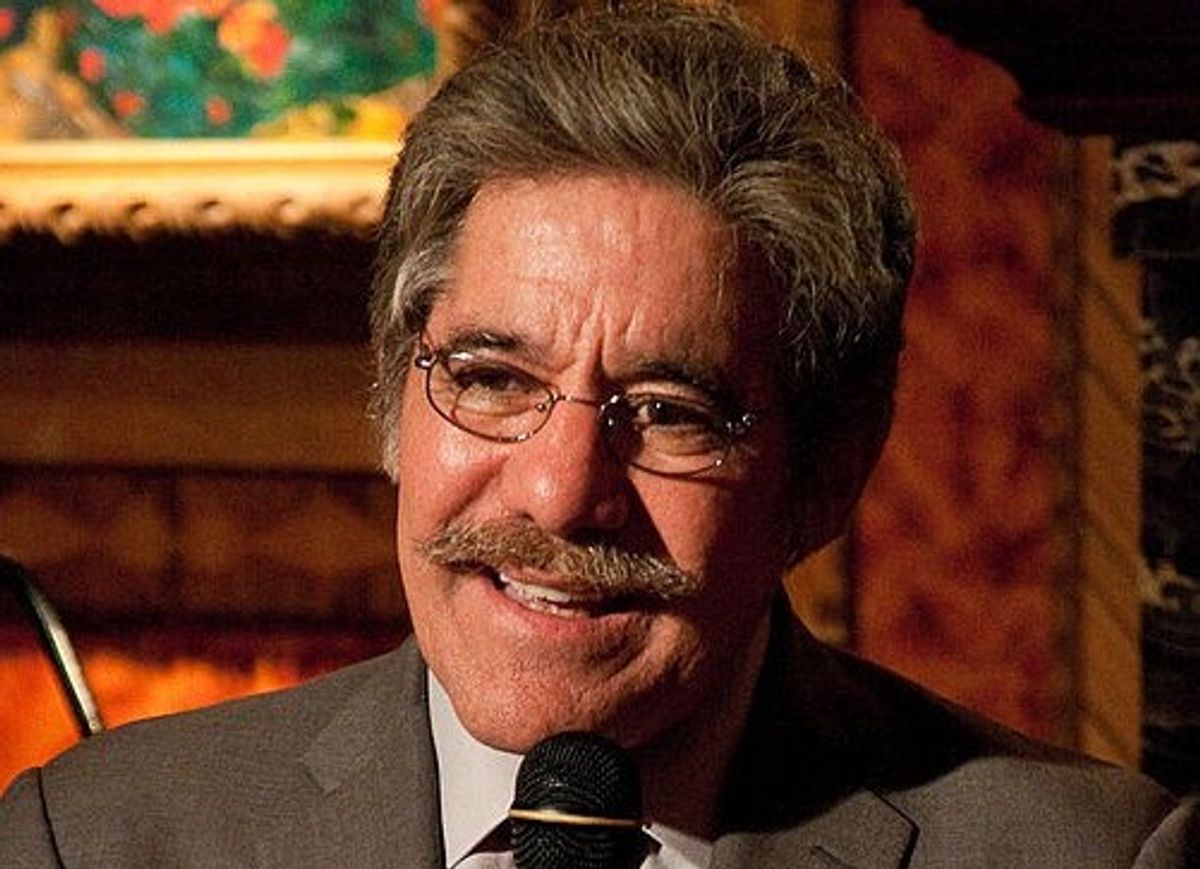 Over the weekend talk show host Geraldo Rivera tweeted a softcore photo of himself, accompanied by the caption "70 is the new 50." (Rivera, for the record, is 70.) Today on his radio show, Rivera hosted a guest who's inclined to be forgiving: Eliot Spitzer. The former governor of New York State left office in disgrace in 2008 after it was discovered that he had had liaisons with high-priced sex workers.  Here's the quote:

"The public will not only forgive you but they will say move on, because, and this is where the reservoir of good will comes from, you have been the journalist who focuses on the tough issues, no one agrees with you all the time but I’ve said before, when it comes back to the issue of care for those who are disabled, for the weakest and poorest and most vulnerable in our society, you did something that is so overwhelmingly important that that reservoir of goodwill carried through,” Spitzer, who is running for New York City comptroller, said on Rivera’s radio show.

Noting the irony of giving advice to Rivera on his “selfie,” Spitzer spoke of the “higher standard” people in the public eye are held to.

“I’m in such an odd position commenting on this,” Spitzer said. “We’re held to a higher standard…when you’re in an elected office it’s an even higher office, that’s why I resigned and took five years to reflect.”