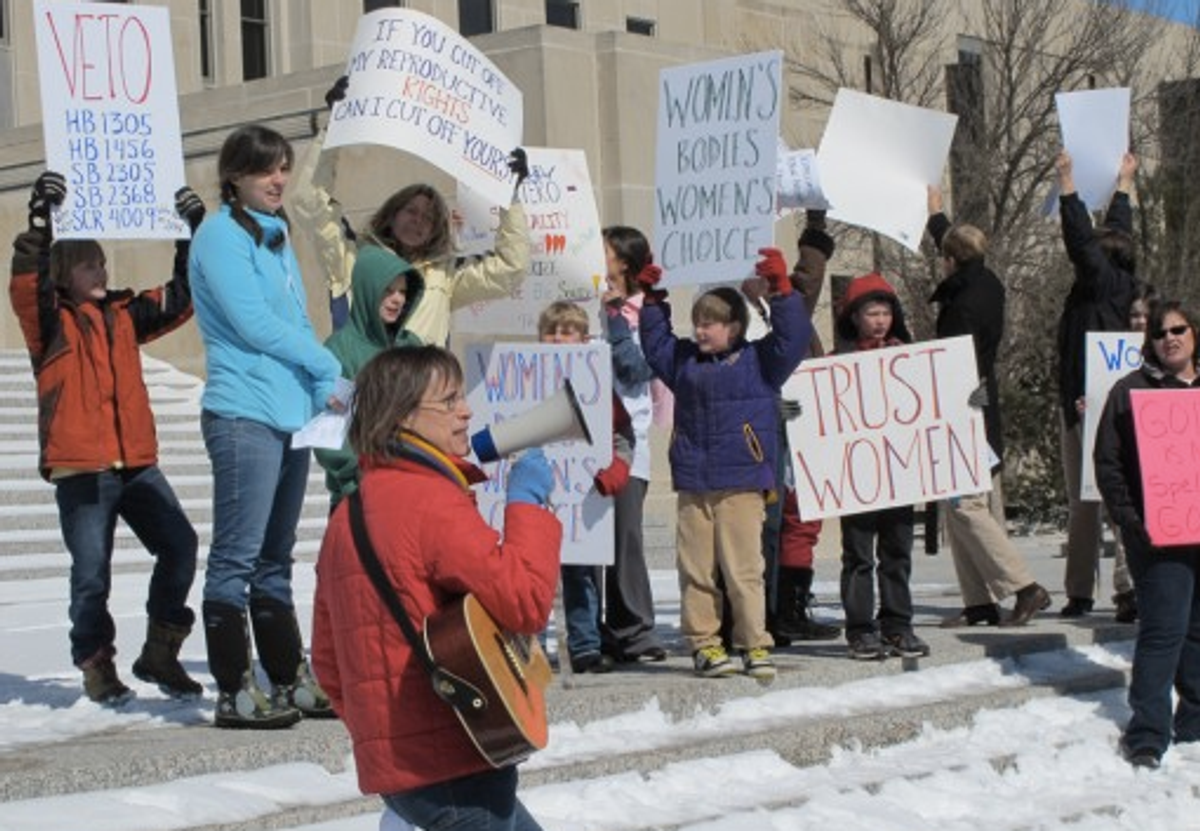 A federal judge ruled on Monday that North Dakota's "fetal heartbeat" ban, which criminalizes abortion as early as six weeks, cannot take effect while a legal challenge against the measure is ongoing.

U.S. District Judge Daniel L. Hovland called the law "a blatant violation of the constitutional guarantees afforded to all women" and "unconstitutional under an unbroken stream of United States Supreme Court authority.”

The Center for Reproductive Rights, which filed the legal challenge on behalf of the state's last remaining abortion clinic, applauded Hovland's decision. “The nation’s most extreme abortion ban has been blocked, and the message to hostile politicians could not be clearer: the rights of women guaranteed under the U.S. Constitution and protected by 40 years of Supreme Court precedent cannot be legislated away,"  said the Center's director of the U.S. Legal Program Bebe Anderson.

“Today’s decision ensures for the moment that the women of North Dakota won’t need to worry whether they will still have the same constitutionally protected rights as women living in other parts of the United States," she added.

As Salon has previously noted, the law would make all abortions illegal after a fetal heartbeat is detected which, if a trans-vaginal probe is used, can be as early as five or six weeks after fertilization and before many women even realize they are pregnant.