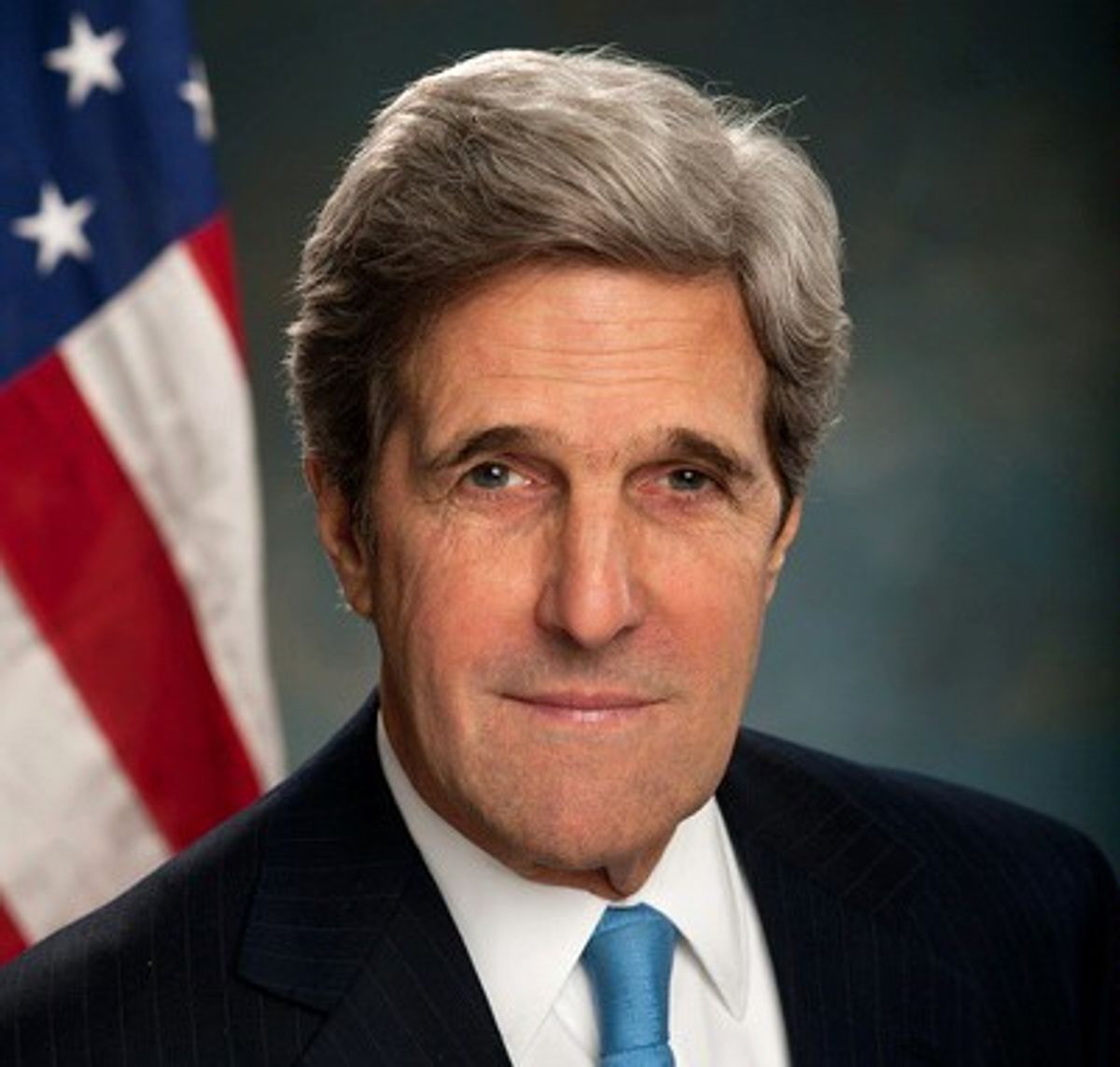 With Egypt's future a big question mark and Syria a stage of sickening bloodshed, Secretary of State John Kerry's new push to restart peace talks between Israelis and Palestinians comes at a time of particular despair in a region known for despair. The secretary could well be the only one who's optimistic about his prospects, AFP explains:

The kindest critics have given him an "A" for effort, while remaining skeptical that he can achieve something that has eluded American presidents for decades.

Others have derided his efforts as a lost cause from the start, and one pundit even cruelly dubbed him "the lone ranger."

So Kerry can be forgiven the smile of satisfaction that crossed his face on the way home from Amman late Friday after announcing a tentative deal for Israelis and Palestinians to resume talks, perhaps as soon as this week.

Over at Bloomberg View, Jeffrey Goldberg acerbically goes the safe route and predicts that an intractable situation will remain intractable. His reasons include that hardline forces -- Hamas and Israeli settlers, respectively -- are ascendant. "Oh, and by the way, to believe in this process you have to believe that the parties are ready to divide Jerusalem."

Kerry has actually achieved what so many American officials have achieved before -- which is to say, getting the Israelis and Palestinians to agree, provisionally, to sit down and yell at each other before retreating to their respective corners, thus providing the next secretary of state a chance to score yet another "Groundhog Day" Middle East breakthrough.

...But as I've written before, I think Kerry is on a fool's errand, and I think the collapse of these talks, which is almost inevitable, could have dangerous consequences. Remember what followed the collapse of the Camp David peace process in 2000: years of violence, including horrific bus-bombing campaigns.