Who likes "The Newsroom"? These fan fiction writers 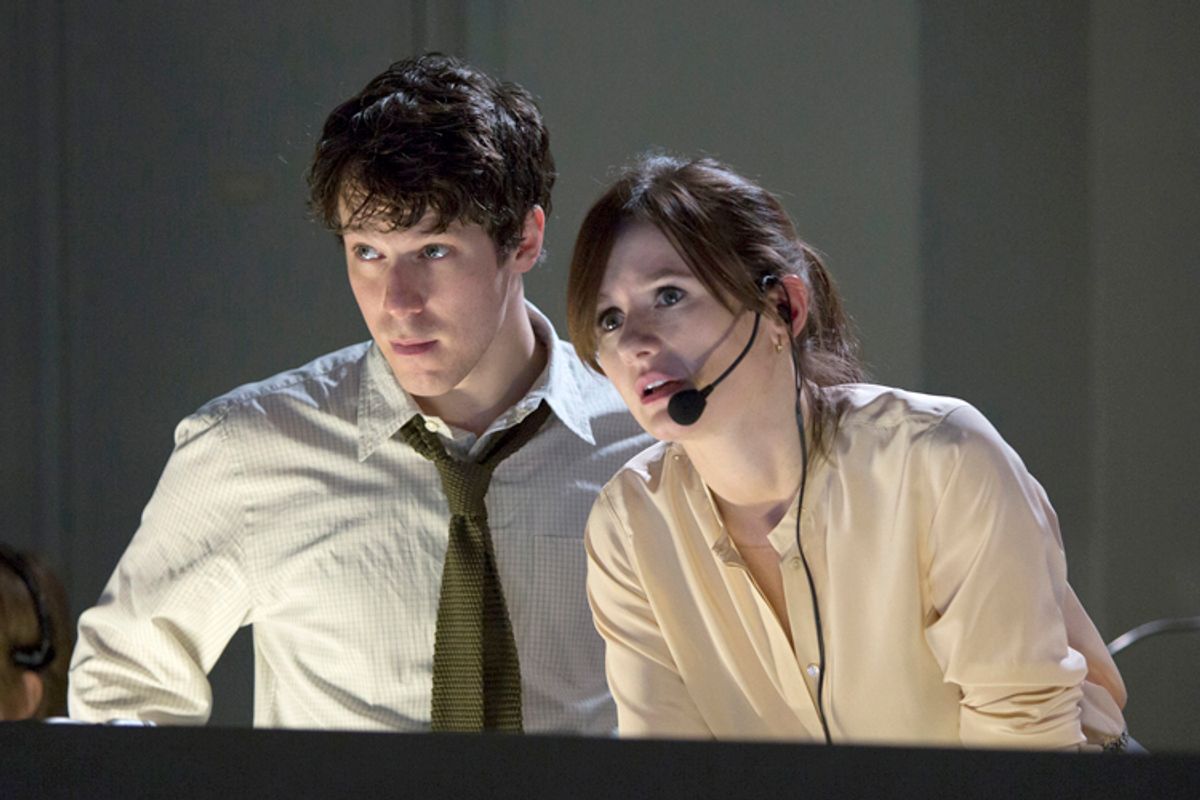 In my most recent recap of "The Newsroom," I asked whether this divisive series could possibly have actual fans -- its flaws are so forthrightly presented, so (to my mind) inextricably linked with the substance of the show.

But my opinion of the show -- like that of so many other writers who've taken the show to task -- is colored by personal experience. I've spent nearly my entire professional life working in newsrooms, albeit ones without the infinite resources and unlimited preposterous sources springing up (a college roommate or a sister so often at the center of breaking news). That's precisely the trouble, why it's as difficult for journalists to evaluate "The Newsroom" objectively as it is for twentysomethings in Brooklyn, or the adults who were them once, to watch "Girls" with clear eyes.

Objectivity, as any journalist knows, is a false goal, but it's telling that "Newsroom" creator Aaron Sorkin's "The West Wing" is widely regarded as one of broadcast television's last great dramas when the vast majority of TV writers don't have any real idea what happens behind closed doors at 1600 Pennsylvania Avenue. Just throwing it out there: I'm guessing the real West Wing doesn't have a "Big Block of Cheese" day when marginalized groups get an audience with power. But wish-fulfillment about an ideal and virtuous presidency isn't so very different from wish-fulfillment about an ideal and virtuous cable news host, but for the fact that newsgathering is a process that's transparent to many TV writers and critics. ("Studio 60 on the Sunset Strip," Sorkin's most recent series before "Newsroom," failed in part because even industry outsiders could tell that its depiction of an earnest, Gilbert and Sullivan-spewing sketch show bore absolutely no resemblance to its obvious model, "Saturday Night Live.")

And "The Newsroom," as toxic as its buzz may be, does have its fans; Jeff Daniels's Emmy nomination for Best Actor places him in the company of beloved small-screen stars like Jon Hamm ("Mad Men"), Bryan Cranston ("Breaking Bad"), and Hugh Bonneville ("Downton Abbey"). Though HBO, a subscription pay-cable service, doesn't make renewal decisions based on ratings numbers, it's worth noting that the series' ratings have improved year-over-year in its second season; the show got a respectable 2.1 million viewers for its season premiere.

And the show's fans are active on FanFiction.net, the clearinghouse for writing new plotlines for the shows to which one is most devoted. (For the uninitiated, "50 Shades of Grey" began its life as "Twilight" fan-fiction, placing the characters in a new setting.) Compared to "Game of Thrones"'s 850 entries, "The Newsroom"'s 250 may seem paltry; consider, though, that "The Newsroom" isn't based on one of literature's most popular fantasy properties and doesn't have the easily fanfic-able dragons and dark magic of its HBO network-mate. I'd thought that "The Newsroom" was a show at sea when dealing with the relationships between adult co-workers, but the authors of the 184 stories out of 250 slotted as "Romance" clearly disagree.

"Newsroom" fans seem in particular to respond to the dynamic between Will and MacKenzie. I'd found the portrayal of the show's female producer as a daffy, borderline-incompetent goof to be at best unrealistic and at worst misogynistic, but there is something in her that fans are responding to, placing her as, perpetually, an ardent pursuer of an emotionally remote great man. And her incompetence or sheer stumblebum nature is winning, it seems, as a means of conveying some truth opaque to me about gender relations -- one fan fiction story has MacKenzie getting hit in the head by a studio light.

What's striking, though, at a glance, is just how few of the stories mention the news. Granted, fan fiction writers tend to focus on the bodice-ripping rather than cerebral elements of their chosen entertainments, but even so, it would seem that they'd be aware of the throughline of the show. (At least one fan fiction writer acknowledges Sorkin's predilection for showtunes, citing Rodgers and Hammerstein rather than Gilbert and Sullivan, but it's close enough.) Unless at least one manner of viewing of "The Newsroom," for those who didn't spend 2011 marinating in the news cycle and who are loath to relive it, allows for the news to act as window-dressing for the sort of personality conflicts and internecine dramas that people respond to in any form or setting.

Maybe if "The Newsroom" were surgically removed from the news -- if Will McAvoy were an iconoclastic lawyer or doctor or, well, president, and MacKenzie McHale his slightly out-of-her-depth co-counsel or chief of surgery or veep -- it would seem in better taste. It would be possible to evaluate the relationships as existing in the context of an office, rather than focusing so intently on what about the context is so wrong. But then again, with fans like these, what do the natterings of the press matter, anyway? "The Newsroom," ironically, may enjoy a long run, and in so doing prove the virtues of the wisdom of the crowd against the words of individuals bolstered by knowledge gleaned firsthand.