Patrick, the son of a secret service agent, is undergoing treatment for leukemia 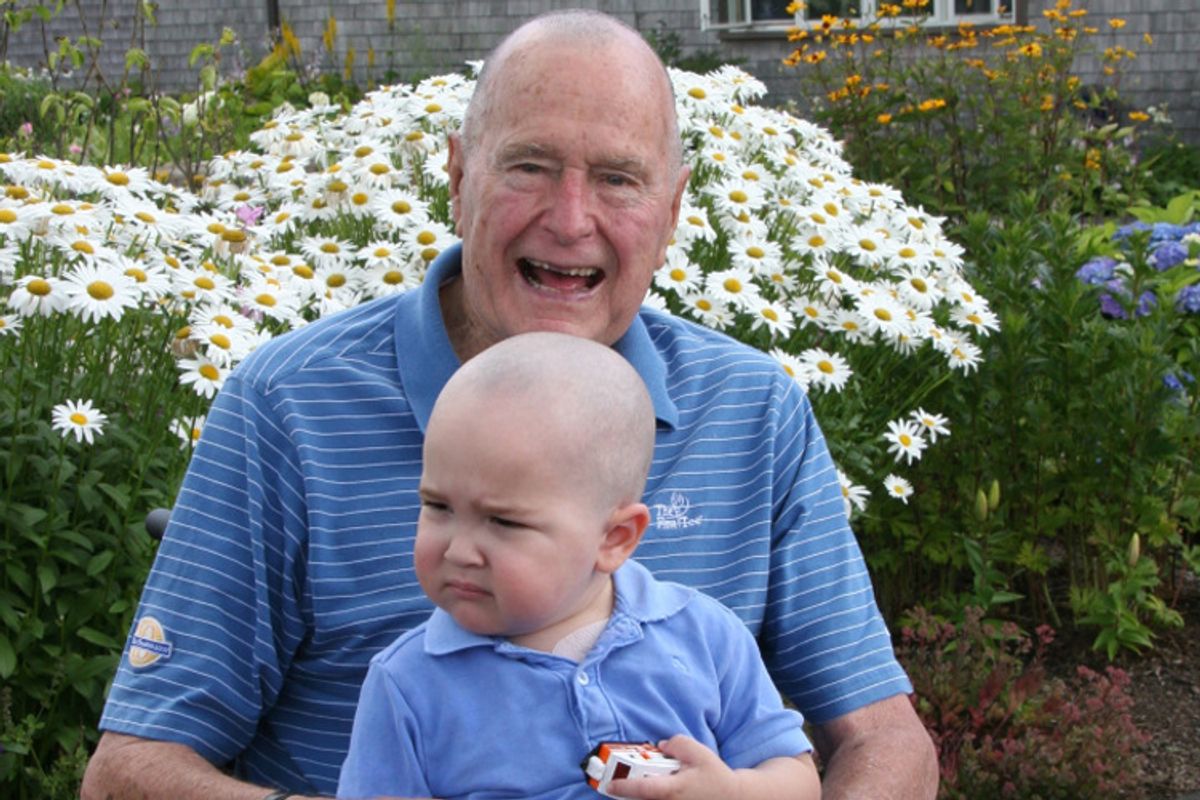 Former President George H.W. Bush shaved his head in solidarity with the son of a secret service agent. The two year old, identified only as Patrick, is undergoing treatment for Leukemia:

A statement issued by a Bush spokesman Wednesday says the 89-year-old former president acted earlier this week at his summer home in Kennebunkport, Maine. That was after he saw members of his Secret Service detail with newly shaved heads to show support...