Drake and J. Cole back off an autism crack, but don't address their use of the r-word 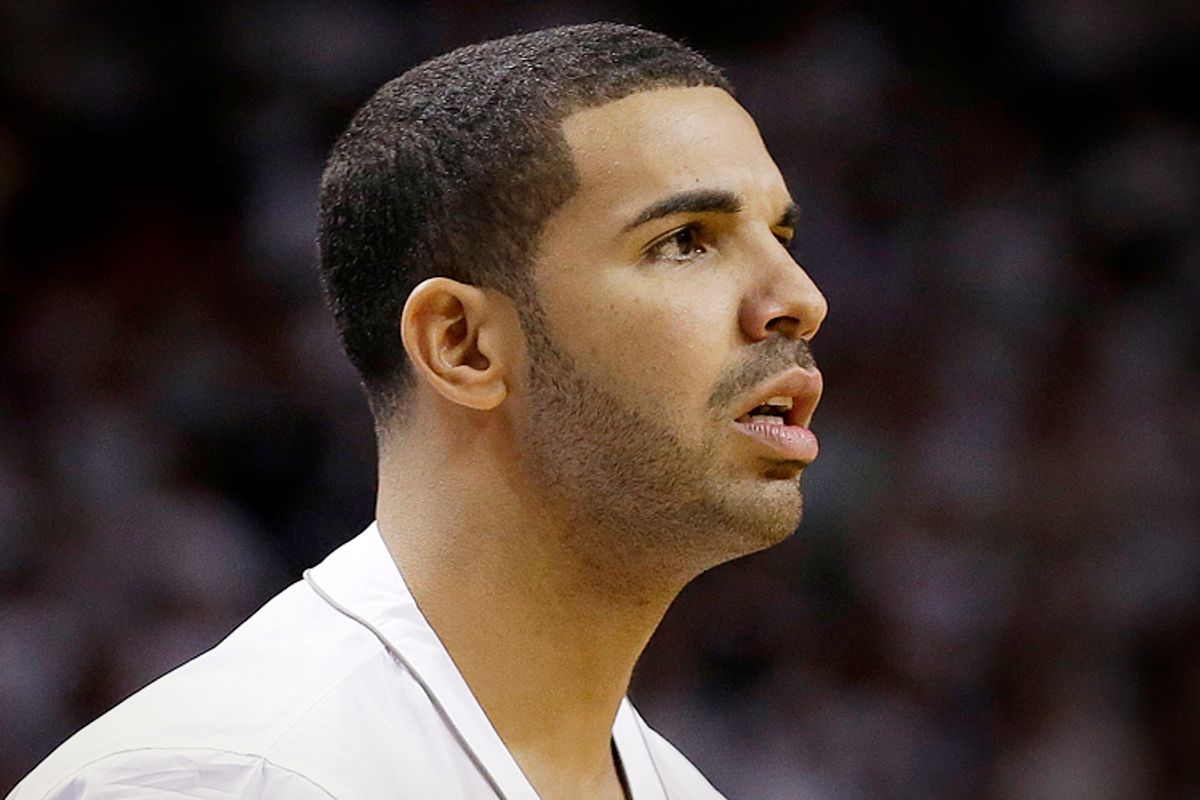 This week in things that really still shouldn't need to be said but apparently do still need to be said: Drake and J. Cole have apologized for making fun of people with autism. On the upside, they turned what could have been just another media shamewalk into a true example of learning from a mistake, and accepting responsibility with grace. On the downside, we still have a long way to go, everybody.

The controversy started over the track "Jodeci Freestyle," in which J. Cole declares, "I’m artistic, you n—-s is autistic, retarded." It's a flippant put-down that was rightly challenged for its hatefulness. Holly Robinson Peete, the mother of a 15-year-old autistic son, said on "Access Hollywood" last week that her son "loves J. Cole, loves Drake," and had asked her about the track, wondering, "What does this mean?" This, she said, her voice cracking with emotion, "is an issue… I just don't know that these artists understand the power that they have. Because my son is struggling to fit in. And I mean struggling. So when I see an artist with this kind of following, who is writing not just 'autistic,' but trying to make it the new R-word, it's not going to happen on our watch… I hope he apologizes and I hope he takes it out. Take it out."

Fortunately, unlike Rick Ross, who weakly apologized this past spring to "all sexy ladies, the beautiful ladies" that his rapey "U.O.E.N.O." did not in fact "condone" rape -- and explained his way right out of his Reebok deal before he got to trying again a second time, these guys at least worked on their mea culpa enough to make it sound sincere right out of the gate. In his lengthy, explicit apology, Cole stated that he too feels unmoved when public figures mumble their way through contrition for the sake of "saving an endorsement or cleaning up bad press." Instead, he said he was "embarrassed" by his words and that "To the entire Autism community who expressed outrage, I’m moved and  inspired by your passion…. I feel real shame. You have every right to be angry…. There’s nothing cool about mean-spirited comments about someone with Autism. You deserve  medals, not disrespect. I hope you accept my sincere apology."

On his blog soon after, Drake then chimed in with his own "sincerest apologies for the pain this has caused." He added, "Individuals with autism have brilliant and creative minds, and their gifts should not be disparaged or discounted. This was a learning lesson for both of us, and I’m grateful for the opportunity to try to right this wrong. J. Cole and I believe that it is the right, responsible, and respectful decision to remove the lyric from the song."

It seems ridiculous that people with autism and Down syndrome are still so casually used as the butt of jokes and insults, that MTV even now describes the dust-up as "PG by rap standards," as if mocking a large group of individuals, essentially writing them off as stupid, is no biggie. And yet, here we are. That's why it'd be a further step forward if Drake and Cole had also directly addressed the "retard" problem. In April, Cox media found itself facing a lawsuit after a Florida radio show featured a real kid with Down syndrome for its "Retarded News." And the pervasiveness of the word has been on copious display this summer, in the way Rachel Jeantel responded to George Zimmerman's defense team with a "That’s retarded, sir." The heinous current cast of "Big Brother" likewise has no trouble bandying about the word, nor did "Girls Gone Wild" creator and all around slime-bucket Joe Francis -- who later regretted his "hurtful" characterization of the "mentally fucking retarded" jury that found him guilty of assaulting and falsely imprisoning three women.

As Robinson Peete has pointed out, that "Jodeci Freestyle," lyric didn't spring up out of nowhere. It was considered, written, rhymed and recorded. It should never have gotten that far in the first place. But because we don't yet have the time machine technology to undo the mistake, the next best thing is a sincere act of atonement. It's a worthwhile step in educating a public that clearly desperately needs regular reminders that it is not cool to be so arrogantly hateful toward human beings – human beings with struggles and joys and loves just like everybody else. It's imperative to consider our words and their power, and to try to do better. After all, you only live once. And you don't want to do it as a jerk.