Whatever happened to those follow-ups to "John Carter" or "The Golden Compass"? 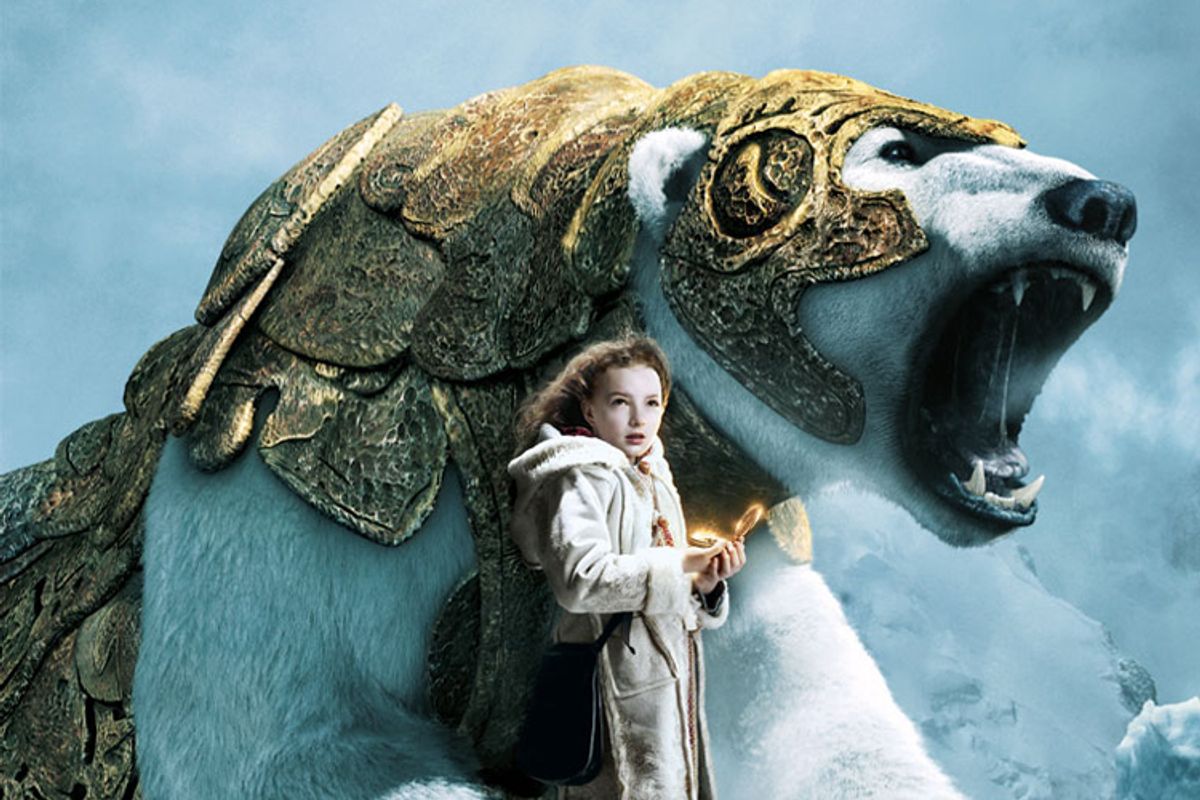 Summer's a time for sequels, both planned and somewhat improvised. While the first "Grown Ups" film may not have been crying out for further elaboration, it did well, especially in relation to others in Adam Sandler's oeuvre, so "Grown Ups 2" hit theaters this month. Meanwhile, franchises like "Fast and Furious" and "The Hangover" have either sped or lumbered on, deepening those series' mythologies, with sequels to "The Smurfs" and "Kick-Ass" still ahead.

But what happens when a planned franchise falls short? All of the examples above were more or less ad hoc sequels, designed to respond to audience fervor or at least interest. That's happy for a studio head, at least. But something sad for all concerned is the planned film series that never quite takes off and ends before its story is told.

What follows is a list of would-be franchises that seem to have been ended prematurely by the relative indifference of the moviegoing public. Just think -- in some alternate universe, the cinemas are selling out for the new "John Carter of Mars" film and Rooney Mara is cruising towards an Oscar for the third installment of her franchise.

Unlike his compatriots among the Avengers -- among them, Thor and Captain America -- the Hulk has never quite worked as a franchise. Ang Lee's art-school experiment "Hulk" in 2003 angered Marvel fans and looked like it might have torpedoed Lee's career (no worries: he recovered and went on to win the Oscar twice), while 2008's "Incredible Hulk" was better-received but couldn't induce star Edward Norton to stay with the franchise. 2012's "Avengers" (in which the Hulk, now played by Mark Ruffalo, was a particular highlight) marked the third reboot of the character in nine years and, unusually for the sequel-happy Marvel movie factory, there's no sign that a stand-alone film is coming in the near future.

How does a movie win an Oscar for its special effects, gross $370 million worldwide, and still fail to get its planned sequels made? It's worth noting first that "The Golden Compass," based on the first of three novels by Philip Pullman, only made $70 million of that total here. It's also worth noting that Pullman's novels are explicitly anti-religious in a way that made a certain, very sizable portion of audiences a bit nervous, even though the films significantly watered the content down, angering true fans! Nicole Kidman needn't worry that she'll be called up to reprise her role as Mrs. Coulter anytime soon.

"The Chronicles of Narnia"

On the other side of the spectrum of religiosity is this franchise, which began with an adaptation of C. S. Lewis's most accessible novel, "The Lion, the Witch, and the Wardrobe." It was a huge hit! Good for everyone involved. Following that, though, the Chronicles of Narnia grow more and more imbued with a specific theology that made the films less and less likely to cross over beyond a core audience, and the expensive sequels were only moderate hits, relative to their budget, stateside. It may just not be worth the investment; Walden Media's contract with the Lewis estate has expired, with four of the films unmade and three years elapsed since the last one released.

The dragon-themed sequel, based on a best-selling series of fantasy novels, failed to make back its budget in the U.S. (Perhaps 2006, pre-"Game of Thrones" on HBO and "How to Train Your Dragon," was too early for Americans to embrace the fire-breathing beasts.) Reviewers were also befuddled. Young Edward Speelers, who made his film debut in "Eragon," rebounded eventually with a turn on "Downton Abbey."

It turns out that there's a limit to the degree of confusion the audience is willing to endure: the internecine, interplanetary rivalry between Thor and Loki is okay, but the story of the guardians of the universe dividing space and time into 3600 sectors ruled by glowing green rings is a bit... much. When the budget is $200 million, pretty much anything short of blockbuster would look like a flop -- and so it was that an attempt to create a new franchise to challenge Marvel's comic-book dominance fell short.

Another movie that did well, but not well enough to justify making a sequel given how expensive it was. For now, it looks like we're stuck with the superheroes we already have -- or at least, no new ones will be introduced via twee-ish Michel Gondry adaptations.

Rem-"Ember" this 2008 Saoirse Ronan-Bill Murray vehicle? You're not alone! The YA-novel adaptation made $17 million worldwide -- on a $55 million budget. Sorry, Ember-heads; the next three books in the series are unlikely to get made.

The film, directed by "WALL-E"'s Andrew Stanton and co-written by Michael Chabon, was intended to kick-start a franchise for Disney, so much so that the company invested $250 million; due to indifference to the work of Edgar Rice Burroughs and the TV-famous Taylor Kitsch, the plans were scrapped.

Producer Jerry Bruckheimer's stated desire for a "Lone Ranger" sequel -- presumably more than one, given that he's stretched the legend of "Pirates of the Caribbean" out over four films so far -- may hit a wall; after three weeks, the $215 million film has fallen out of the top ten entirely.

"The Girl with the Dragon Tattoo" attracted respectful reviews and a respectable $232 million worldwide upon its release in 2011. Not too bad! But the expense of the first one and the busy schedules of leading man Daniel Craig (the star of the James Bond franchise) and director David Fincher (who's been tapped to direct "Gone Girl") has so far been faced with years of delays. The most recent reports indicate the film may start shooting in 2014. We shall see! It'd be nice to have at least one planned franchise thrive in an era of quickly thrown-together ones -- not least because the literary trilogy the franchise is based on also met an artificial end upon the death of its author.