Thursday is the final day of the legislative session, and state GOPers are eager to pass the anti-abortion bill 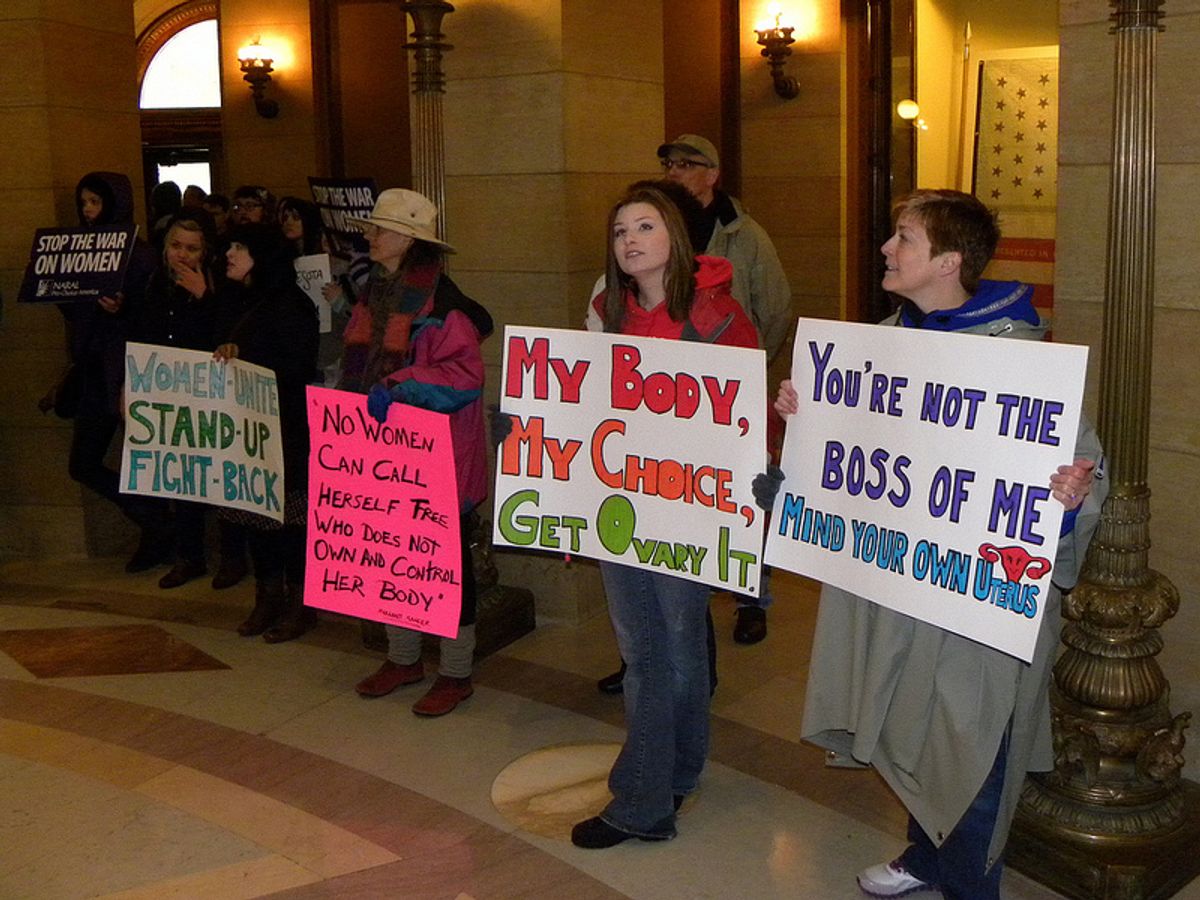 North Carolina Republicans may have thought inserting dozens of abortion provisions into a motorcycle safety bill hours before a holiday weekend was a foolproof way to avoid meaningful debate and sneak it in under the public's nose, but they were wrong. After the bill was returned to the Senate, it remained there, with little sign of movement, for nearly three weeks.

Until Thursday, that is. The final day before the legislative session ends.

Lawmakers intend to remain in session until late Thursday night or early Friday morning, leaving the possibility that one of the most controversial bills to come out of the state Legislature this session could pass in the early morning hours.

But the fate of the bill still remains to be seen, as WRAL notes:

Senate leaders have been coy about the fate of the abortion bill and did not alter that tack Wednesday night.

"Before we leave," said Sen. Phil Berger, the president pro tempore, when asked when the abortion bill would be heard. Asked when specifically the bill might be heard, Berger repeated, "before we leave."

State Republicans may think secrecy is on their side, but reproductive rights advocates have vowed to remain vigilant as the final hours of the session wind down:

“SB 353 is the most devastating attack on reproductive rights we’ve seen in decades,” Suzanne Buckley, executive director of NARAL Pro-Choice North Carolina, told RH Reality Check. “Thousands of activists from NARAL Pro-Choice NC and other groups have demonstrated at Moral Monday, attending hearings and contacting their lawmakers in opposition to the bill. We remain vigilant in our fight against SB 353. Any movement on this bill -- whether in the light of day or cover of darkness -- will be remembered in 2014.”