How corporations get away with fake "natural" food

As long as lawsuits and not regulation are the main tool against food and beverage giants, Big Food is winning 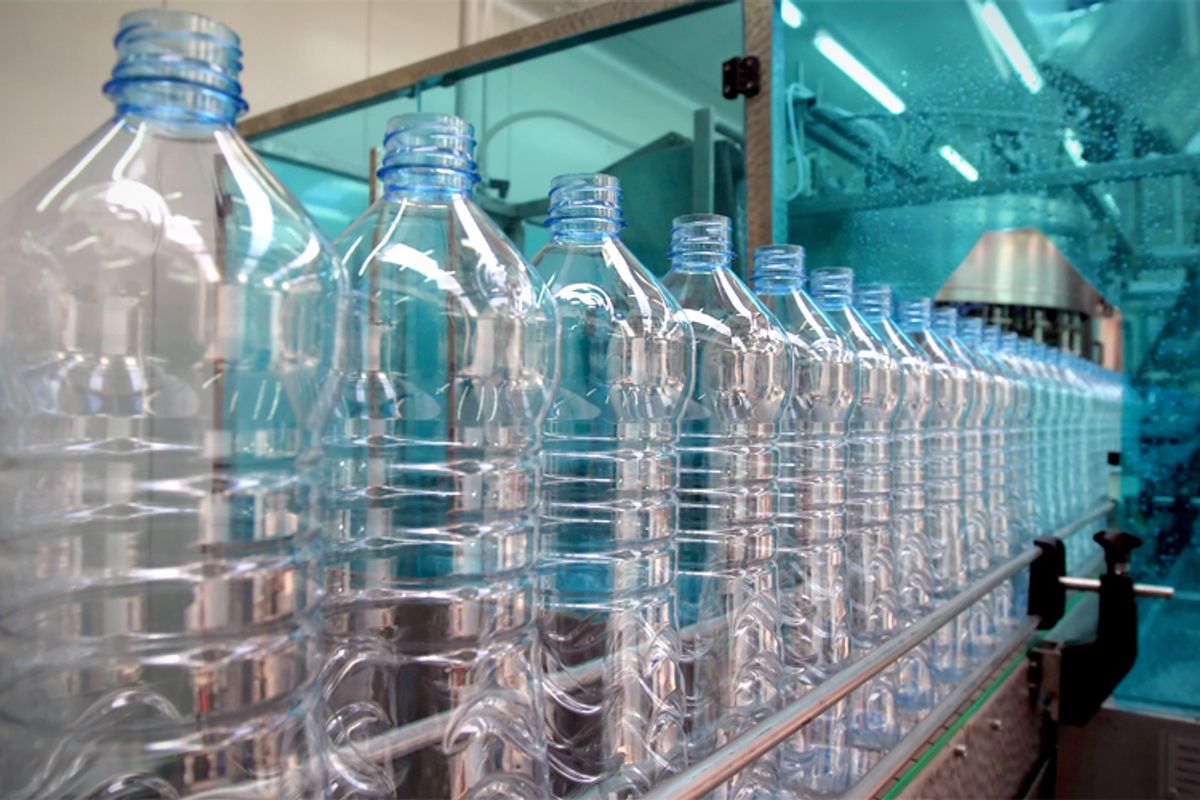 Food activists have been on a bit of winning spree this month. First, on July 3, Naked Juice agreed to pay $9 million after it was sued for using the term “all natural” on the labels of juices containing ingredients like cyanocobalamin, Fibersol®-2 and pyridoxine hydrochloride. It also agreed to remove the claims from its packaging. Less than two weeks later, on July 15, the Center for Science in the Public Interest (CSPI) secured a settlement with Dr. Pepper Snapple Group, under which it would stop fortifying 7UP with Vitamin E and marketing the beverage as a source of “antioxidants.”  Three days later, CSPI announced another win: a judge allowed a lawsuit against vitaminwater to go forward, letting plaintiffs challenge its health claims (including that the sugary beverage supported “optimal immune function,” could increase endurance, and reduced the risk of eye disease).

Though these cases focused on different terminology, the underlying arguments were the same: Through the deceptive marketing of artificially sweetened, highly processed, by-all-accounts-unhealthy foods, Big Food is misleading consumers into believing that these products are, in fact, nutritious. And the Naked Juice and 7UP settlements produced real gains for Big Food opponents. After all, the companies aren't just paying up; they’re changing how they do business – at least with respect to the products in question.

But while these cases might be short-term wins, relatively small legal victories like these point to a gaping hole in our country’s food regulation: The failure of both the Food & Drug Administration and the Federal Trade Commission to monitor food marketing means that the only way to keep companies in line is to go the old-fashioned, expensive American route of litigation.

While the lawsuits have successfully removed a small number of specific labels from grocery shelves, not to mention provided a nice source of revenue for the lawyers bringing them, their large-scale impact on industry practice is limited. Heck – even their companywide impact is limited. PepsiCo might be committing an internal $1.4 million to fix its Naked Juice problems, but the food giant – which earned $12.53 billion in just the first quarter of 2013 – has yet to announce any plans to change the labeling on other so-called natural foods like its Frito-Lay Natural Cheetos (yes, that’s right, a “natural” Cheeto), Quaker Natural Granola (whose ingredients include derivatives like inulin and glycerin), and Rain Strawberry Kiwi flavored Gatorade (natural Gatorade – really?). And, according to watchdog group Cornucopia, it spent nearly twice as much – $2.5 million – lobbying against California’s Proposition 37, which would have required proper GMO labeling on anything it sold in the state – not just Naked Juice.

There are several legal reasons class action lawsuits don't have much clout against food and beverage giants. To start, passing the class certification stage is its own hurdle, one that was raised even higher by Supreme Court Justice Antonin Scalia in the 2011 Wal-Mart v. Dukes case. Before a judge will even look at the merits of the case, the class members need to show that they have enough in common that they can sue together. In the vitaminwater case, for example, the court certified the class because all of the plaintiffs are (1) California residents who (2) purchased vitaminwater in a given period (3) as a result of a specific misleading marketing tactic, in this case, the name of the product itself. This means that the more marketing tactics a company uses, the harder it is to hit it with a class action.

Second, our legal framework almost always requires these lawsuits to be filed under state laws, meaning that even a favorable verdict would only mandate statewide changes. (To be fair, a multinational company like Pepsi most likely won’t have state-by-state marketing plans, and so will need to amend their national strategy to align with whichever state, usually California, has the strictest rules.) But state actions aren’t a perfect fit either.  Because technically the FDA is supposed to be doing this kind of enforcement, claims based on state law are vulnerable to the sometimes-successful argument that they are “preempted” by federal law. This defense tends to work when the FDA expressly regulates the practice in question, like the use of the terms “fat-free” and “trans fat;” it has less success in cases where the FDA is silent, like with “natural,” a term the agency has deliberately chosen not to define. The preemption doctrine, combined with the FDA’s latticework of regulations, means that whether or not the court will let litigants do the agency’s job is hard to predict.

Further, when these suits end with settlements and not court rulings, the end results have no precedential effect, and so do not force change outside of their very specific, limited scope.

And of course, lawsuits don’t always work. For all of their hard work, CSPI and similar organizations don’t win every case they bring. CSPI lost, for example, a 2011 lawsuit against McDonald’s over marketing to children, a practice it claimed was “inherently deceptive” because kids don’t have the cognitive abilities to understand the difference between advertising and regular entertainment. Despite reports from the American Psychological Association, which found that young children “are uniquely susceptible to advertising influence” and therefore “require special treatment and protection from the unbridled efforts of the economic marketplace,” a judge dismissed the suit in April 2012, saying the marketing might be aimed at kids, but it’s the parents buying the meals. “The parents know exactly what the problem [is] here but don’t want to tell their children ‘No,’” Judge Richard Kramer said at a case management conference on the day he issued his order dismissing the case.  This wasn’t deception, he found, just bad parenting.

CSPI’s Litigation Director Stephen Gardner is the first to admit that litigation is not the best solution. “What we’re doing is better than a Band-Aid,” he says, “but it’s not the most curative thing.” What would be more “curative”? To start, the FDA and the FTC could become better enforcers of their own laws. “Problems that occur on a national scale should be dealt with by national law enforcers like FDA and FTC.”

As the federal food regulator, the FDA has the authority to go after practices happening nationwide, something a consumer lawsuit can’t do. However, when it comes to jurisdiction over marketing practices, the FDA’s power is limited to the labels on the food, with the occasional stretch to the company website, if it’s also advertised on the packaging. Even within that limited scope, the agency shies away from enforcing anything that is not in direct violation of its regulations. Its decision, therefore, not to define “natural” gives it cover not to regulate its use: companies can’t run afoul of a definition that doesn’t exist. Still, though, there are plenty of well-defined rules it could be enforcing; yet it’s lax on that front as well. The 7UP settlement points to such a failure: Adding vitamins to 7UP directly violates the agency’s stated policy that it “does not consider it appropriate to fortify… snack foods such as candies and carbonated beverages.” But it wasn’t the FDA that righted this wrong. It was CSPI and its co-counsel at the private law firm, Reese Richman LLP.

In all fairness to the underfunded, understaffed FDA, its enforcement powers are relatively limited when it comes to challenging a food company’s advertising. But the FTC has no such excuse. The Federal Trade Commission Act gives it broad powers to challenge any and all marketing: it can even temporarily enjoin problematic advertising before it actually files a lawsuit. All it needs is a “reason to believe” that a party “is violating or is about to violate” one of its laws, e.g. the one that forbids representations and omissions likely to mislead reasonable consumers. In “proper cases,” it can even seek a permanent injunction. But the FTC-industry relationship is a funny one: While it forced POM Wonderful to stop running at least some of its misleading ads, it also advises industry attorneys on how to avoid similar liability.

The recent legal victories certainly deserve our applause, but even CSPI recognizes that despite winning the battles, we’re still losing the war. The FDA and the FTC need to step up their game so that Big Food knows it needs to start playing by the rules. As CSPI concluded in announcing its 7UP settlement, “Litigation is not the best way to get companies to obey the law.”