Pick of the week: China's dark and dirty "Drug War"

Pick of the week: Hong Kong action legend Johnnie To visits the mainland for a violent, atmospheric crime thriller 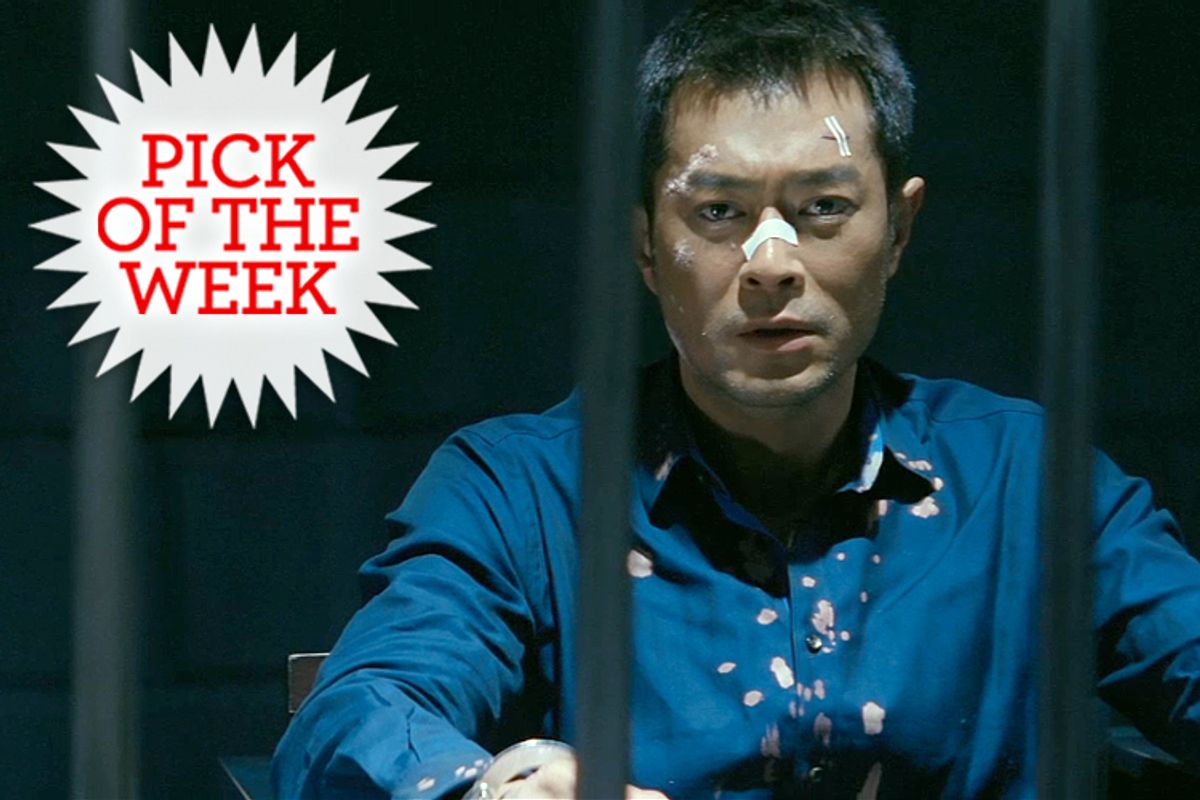 I don’t know for sure whether the phrase “Drug War” carries the same dark ambivalence in Chinese as it does in English, but veteran Hong Kong director Johnnie To’s new film of that title certainly does. To has made more than 50 movies in many different genres, including romances and comedies, but remains closely identified with violent crime dramas, including the international hits “Election” and “Triad Election.” This is To’s first production in mainland China -- the Hong Kong film industry remains autonomous, even 16 years after reunification – and the big budget and big social canvas have called forth one of his best movies, a dense and involving police procedural with a dash of the grotesque and a persistent undertone of doom.

When Hollywood gets around to the inevitable remake, a team of writers can certainly repurpose the central plot about the tense relationship between meth lord Timmy Choi (suave Hong Kong star Louis Koo, whose dialogue is dubbed into Mandarin) and Captain Zhang (Sun Honglei), an enterprising cop who uses Timmy to pry open an immense trafficking ring. Timmy is arrested, with burns all over his face and body, after crashing his car into a restaurant; a meth-lab explosion has killed his wife and her two brothers, and his life and business are in ruins. Under normal Chinese law, he’s subject to immediate trial and certain execution (with no waiting around for a Supreme Court appeal or anything), so he bargains with Zhang using the only currency he’s got, his deep knowledge of China’s drug trade and the respectable-seeming men who run it. It may be more than narrative coincidence, by the way, that the villains in “Drug War” are mainly supposed to be Hong Kong Chinese, fatally tainted by colonial-era capitalism (as opposed to the nationalistic new variety).

As played by the terrific Sun, Zhang comes off at first as a rigorous, by-the-book cop, who sees an opportunity in Timmy but knows better than to trust him. Eventually, Zhang lures himself into a gambit that’s both daring and dangerous: Since the buyer and seller in this deal have never met, he impersonates both of them. When the buyer – a giggly, sinister fellow known as “Haha” – is in town, he’s the stone-faced seller, and when the real seller shows up, Zhang becomes Haha. (To prove his authenticity, Zhang-as-Haha has to do three stiff rails of the seller’s cocaine, presumably the first time he’s ever gotten high.) This allows Sun to show off the flexibility that makes him one of the Chinese film industry’s best actors, but more to the point we gradually see Zhang becoming an actor too, one so seduced by his roles that he loses control of the situation.

No American remake is likely to duplicate To’s relentless forward momentum or his refusal to waste time on the jokey character byplay Hollywood audiences are used to. Maybe it can simulate this movie’s noirish blend of stoicism and fatalism – qualities arguably borrowed from classic American crime cinema in the first place – but there’s no way in hell it will end on the same chord of cataclysmic, even nihilistic violence To strikes in “Drug War.” All this daring and initiative and skullduggery, on the part of cops and criminals alike, leads to the same destination. In fact, “Drug War” comes about as close to social criticism as a mainstream Chinese filmmaker can go in the contemporary climate, engaging issues like the death penalty (routinely handed out to mid-level drug dealers), police misconduct and official corruption. Some critics who follow the Chinese film world have even suggested that To took this assignment partly to see how much he could get away with. He gets a wider berth than others might, I’m guessing, partly because he’s a big name from Hong Kong, and partly because he’s making a thriller and disavows any specific political agenda.

Which brings us to the biggest thing the Hollywood remake of “Drug War” won’t have: China. To and his longtime cinematographer, Cheng Siu-keung, set free from the vertical and constricted landscape of Hong Kong, have embraced both the enormous physical scale of the mainland and its ruthless economic dynamism. In between the shootouts and tense surveillance scenes, “Drug War” is also a road movie with a social-realist streak. We follow Zhang and his detectives from city to city on high-speed rail, witness a police sting operation staged at a turnpike tollgate, trail a pair of crackhead truck drivers to an impromptu roadside café in the middle of nowhere, and visit a privately owned port where a fleet of ships stands ready to transport dope of all varieties to Korea, Japan and beyond. Then there’s Timmy Choi’s meth-cooking lab in a distant provincial city, provided over by a pair of sweet-faced deaf brothers who turn out to be deadly in a gunfight. (There’s nothing especially Chinese about that, but To’s longtime fans will appreciate finding a few bizarre, gothic details amid this largely businesslike film.)

If the “good guys” win at the end of “Drug War,” they do so only in the most nominal and technical sense. I’m actually a little surprised that To got away with the climactic gunfight and the wrenching final scene (don’t worry, I’m not telling), both of which depict things rarely or never seen on screen in mainland Chinese films. At least as To and his collaborators tell the story in this terrifically atmospheric thriller, China’s drug war has yielded much the same lessons as America’s: If the drug trade is evil, the attempt to stop it is arrogant, wasteful and doomed. Everybody loses, and the whole society is cheapened and corrupted.

"Drug War" is now playing at the IFC Center in New York. It opens Aug. 2 at the Sundance Sunset Cinema in Los Angeles; Aug. 9 in Chicago, Montreal, Seattle, Toronto and Vancouver, Canada; Aug. 16 in Denver, Honolulu, Houston, Philadelphia, Phoenix and Portland, Ore.; and Aug. 23 in Minneapolis and Austin, Texas, with more cities and home video to follow.