A comedian's use of racially-charged language has the LA Sheriff's Dept. embarrassed 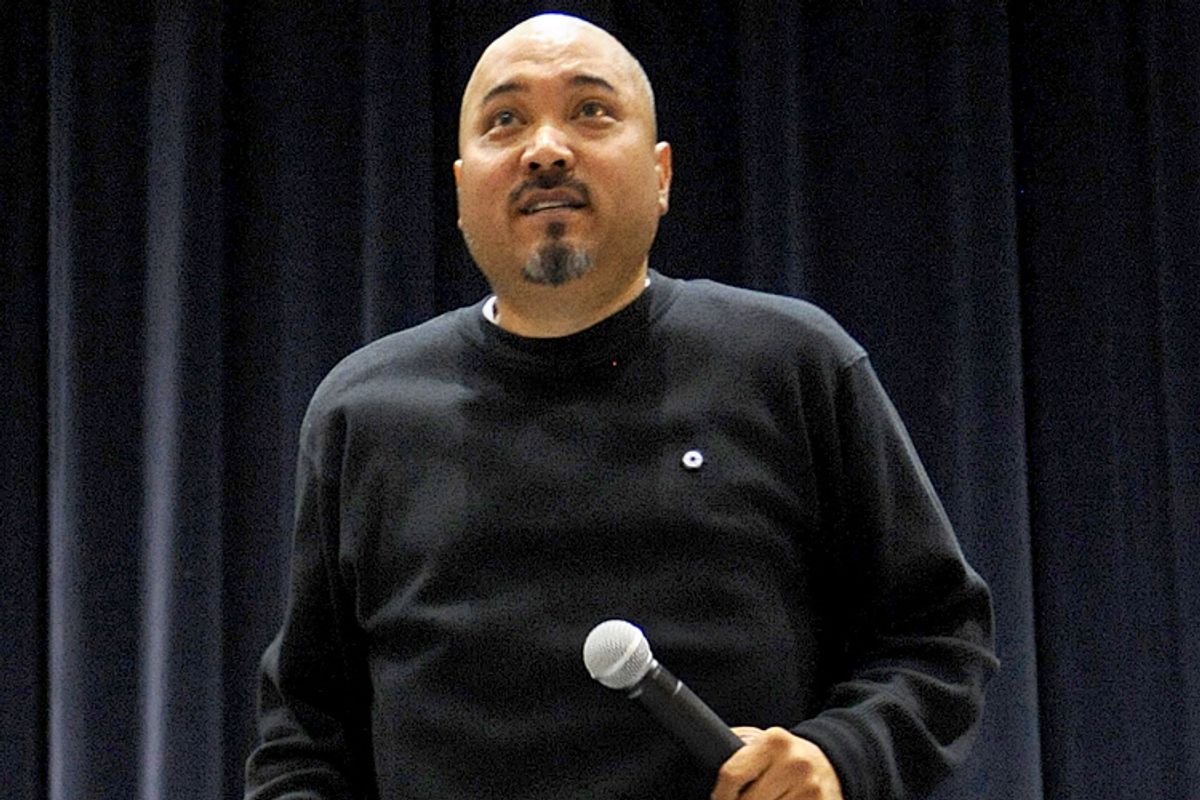 You don't expect Los Angeles law enforcement to display an expertise on the subject of comedy. But they really ought to try to be a little better on the racial and gender sensitivity front. On Thursday, the Los Angeles County Sheriff's Department apologized for offering as its entertainment at a recent Sheriff's Day Luncheon a comic whose act was chock full of what attendees described as "sexually explicit and racist humor."

The LA Times notes that the event was hosted by an outside law enforcement group and not the Sheriff's Department. However, it did not reflect well on L.A. County Sheriff Lee Baca or chief of detective William McSweeney when they capped the event by handing comic Edwin San Juan a plaque that read, "Your ability to combine wisdom, leadership and humor serves as an inspiration to us all."

During his half-hour routine, San Juan entertained the crowd of between 600 and 700 guests by, according to reports, "evoking stereotypes about Koreans" and deploying "the N-word in a joke in which he mocked a thick Filipino accent." As one guest said, "There was a lot of cringing and nervous laughter.... I was sitting there thinking, 'Are you kidding me?'" Sheriff Baca's spokesman, Steve Whitmore, says that as the performance unfolded, Baca "became concerned that people would complain" but he gave their guest the plaque anyway "to thank him for volunteering to come to the luncheon." He now says the event "will be reviewed" and that Baca would like to remind anyone who was offended that "This is a comedian. No one in the department would say this."

San Juan, meanwhile, seems to be having the time of his life, posting a beaming photograph of himself receiving his plaque, flanked by the two law enforcement members, on his Facebook page. On Twitter, he's been retweeting support from fans who say things like, "Great job with the Sheriff show. They're outraged at you. Fuck them. Pussies." So I'm guessing he won't be invited to a whole lot more luncheons any time soon.

San Juan describes his comedy as "taking negative things and flipping them to make it positive." However, his clips on YouTube, most of which seem consist entirely of jokes about being Filipino and how "we Asians can't drive," may not seem "positive" to all. But while I'm pretty much over writing stories explaining the difference betweenwhat is funny and what is offensive and have sworn off going near anything that might mire me in a jokes vs. free speech battle, I'll say this: San Juan has every right to do his act as he sees fit. But it shouldn't have taken a whole heap of brains for San Juan to consider that working as the entertainment at a luncheon might call for a different approach than what one might give during the second set at the Comedy Cellar. And while Baca, as he has been hasty to deflectingly point out, is not a comedy writer, maybe he and the event's organizers could have been a little sharper throughout the vetting process – even if it would have been shabby to refuse to give San Juan his plaque. Because if you're saying that no one in your department "would say this" kind of material, then it wasn't appropriate for your guest to do it either. So for future reference, let's remind L.A. law enforcement and anyone booking the entertainment for a mixed event that if the group is there for lunch, the group is not there for daring truth bombs. And next time, maybe try a magic act.