Woody Allen: Even more neurotic than you thought 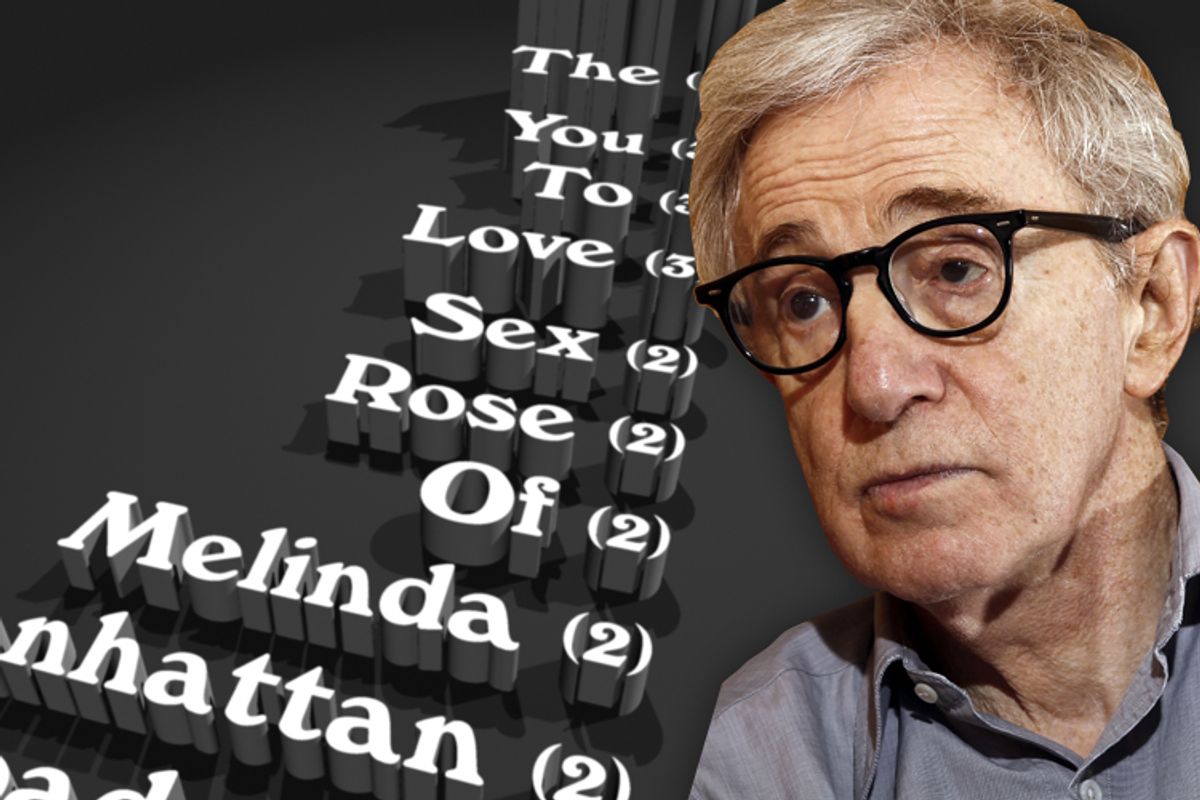 Forty-seven years ago, Woody Allen directed his first feature film, the odd and at times hilarious "What's Up, Tiger Lily." Since then, he has released a movie a year, give or take, and has become one of the most prodigious and celebrated directors of all time.

And certainly the most neurotic.

His dialogue, his characters, his acting – Woody Allen makes it hard to imagine what the word "neurotic" even meant before he came along.

Today he opens "Blue Jasmine," his 43rd movie (described by Salon critic Andrew O'Hehir as "pallid" and "lazy"). At first glance, it has very little in common with "What's Up, Tiger Lily," a Japanese spy movie overdubbed entirely with Woody Allen dialogue. The two movies do have one thing in common, though: none of the words in either title has been used in any other Woody Allen title.

A close inspection of his titles reveals a near-maniacal aversion to word repetition. Even words like "the" (4) and "of" (2!) recur only very occasionally. One can only imagine that his 2004 film "Melinda and Melinda" was an attempt to tackle this obsession head-on.

If so, it was unsuccessful.

Watch the video below to see all 104 words in Allen's titles, listed in order with the number of appearances.