A study shows how the "CSI effect" can deter criminal activity, or alternatively make them work smarter 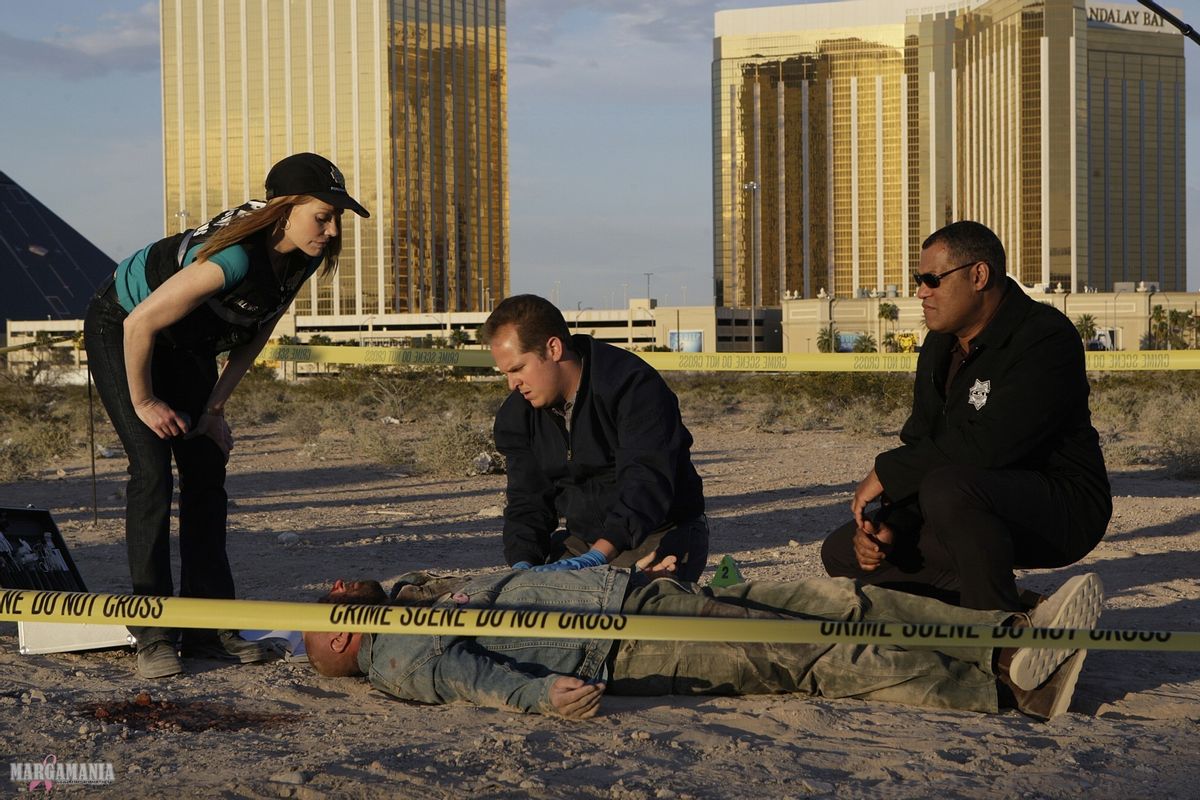 Legal experts and behavioral scientists have gone back and forth over the years about the so-called “CSI effect,” about whether jurors have been led by fictional TV programs to have unreasonable expectations of the forensic evidence used in actual, real-life crime investigations.

The theory goes, in a crime drama like CSI, handsome nerds in lab coats produce unequivocal results in the time between one commercial break and the next. Real forensic scientists work slowly, and often present their findings as theories rather than as facts. Likewise, the most technologically advanced forensic labs can suffer from contamination or human error; even fingerprint-identification is more of an art than a science.

Just last week, The Washington Post reported on “an unprecedented federal review of old criminal cases,” including 27 death penalty convictions, in which FBI forensic experts may have “exaggerated” their testimony about the scientific evidence they had analyzed for those cases. The review has revealed the widespread and long-standing limitations in one type of forensic analysis—hair comparison—a revelation that has huge repercussions for thousands of federal and state cases.

Clearly, forensic science has its gray areas. Yet it’s hard for some jurors to get past the glamorized version of the process, and so they expect black-and-white certainty: hence, the oft-cited “CSI effect.” But other legal researchers have dismissed this notion as mere anecdotal pop science. So the jury’s still out on that one, so to speak.

But aside from whatever impact these types of shows may have on juries and the general public, what about their effect on real-life crime? Criminals watch TV, too, right?

A new study being released in the International Journal of Electronic Security and Digital Forensics suggests that TV crime dramas might have a measurable effect on cybercrimes in particular. The study’s author, informatician Richard Overill of King’s College London, came to this conclusion after analyzing patterns in cybercrime data in the U.S. over the past 11 years. (The first CSI series premiered in 2000, and Miami and New York spin-offs followed.)

According to Overill, there are several ways in which potential criminals might adjust their modus operandi to evade the kinds of “unambiguous” and “instantaneous” forensic sleuthing they see on television. He writes:

They are likely to withdraw from cyber-criminal activity that now appears too risky in the light of the perceived ease of discovery. They may migrate to alternative modalities involving many layers of concealment, stealth and obfuscation. The up-front investment required to implement these advanced methodologies will necessitate a proportionate increase in the expected returns, in order to maintain a stable cost-benefit ratio. Thus we would anticipate a compensating increase in the average value of cyber-crime heists, accompanied by a migration to sophisticated strategies of concealment.

Translation: a lot of would-be criminals are probably scared away from these types of crimes by what they imagine to be easy detection by law enforcement. So, there may be less cybercrime overall than there would have been, had crime dramas been less infatuated with cyber exploits as their go-to plot points. But it also means that the criminals that are willing to go ahead with cybercrime will be smarter, more well-funded, and generally better equipped to evade detection.

For example: the group of Russian and Ukranian hackers who perpetrated the largest hacking and data breach in the country, who, federal prosecutors announced on Thursday, attacked NASDAQ and several online retailers and ultimately did hundreds of millions of dollars worth of damage? Those guys are definitely pros. On the other hand, they did get caught, although it took eight years for that to happen.

As I mentioned in my last post about a new crop of digital filters being developed to combat child pornography, it’s all an arms race. Cybercrimes will probably continue to occur, and law enforcement agencies will continue to crack them, at steadily increasingly sophisticated levels. Whether TV shows dissuade some dummies from trying their hand at that dangerous game probably won’t make much of a difference.