The NY Times columnist writes of Weiner: "Comparatively speaking, the pol from Queens probably seems like a prince" 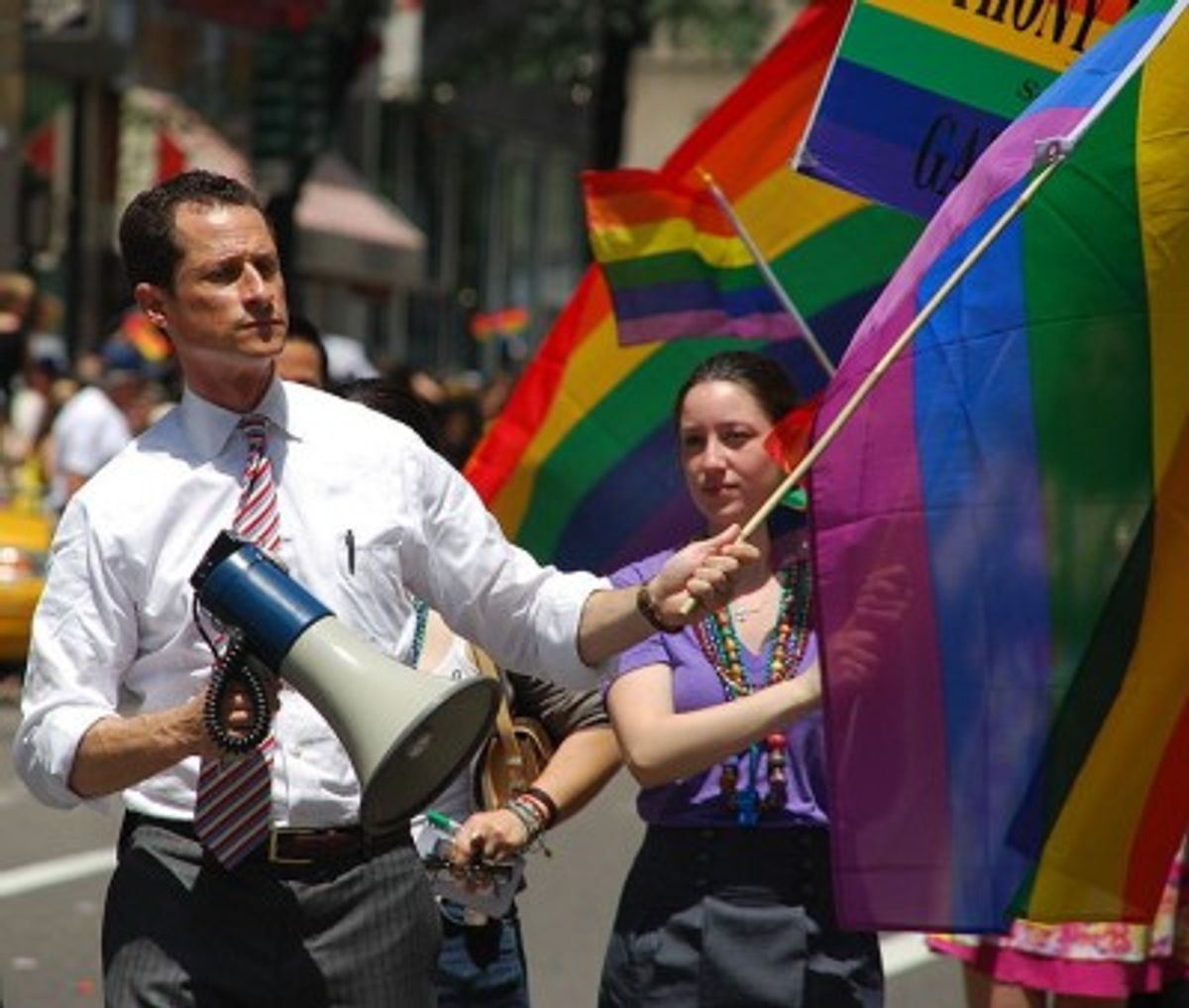 Big name newspaper columnists are no longer the only game in town but they can still make themselves heard when they want to. Take Maureen Dowd's latest, "Time to Hard Delete Carlos Danger." She calls New York City mayoral candidate and laughingstock Anthony Weiner, "eel-like," "a punk," "the 'Rosemary’s Baby' of the Clintons."

Then she says this:

[Those in Huma's circle] fear Huma learned the wrong lesson from Hillary, given that Bill was a roguish genius while Weiner’s a creepy loser.

The difference is, there’s nothing in Weiner’s public life that is redeeming. In 12 years in Congress, he managed to get only one minor bill passed, on behalf of a donor, and he doesn’t work well with people. He knows how to be loud on cable and wave his Zorro sword in our faces.

The real, ahem, danger for Abedin, Dowd suggests, is that she'll be abandoned in Clintonworld as her mentor Hillary goes for the prize in 2016. But you may not have gotten that far. On Twitter all anyone seems to have read is Dowd's non-sequitur of a lead:

When you puzzle over why the elegant Huma Abedin is propping up the eel-like Anthony Weiner, you must remember one thing: Huma was raised in Saudi Arabia, where women are treated worse by men than anywhere else on the planet.

Comparatively speaking, the pol from Queens probably seems like a prince.