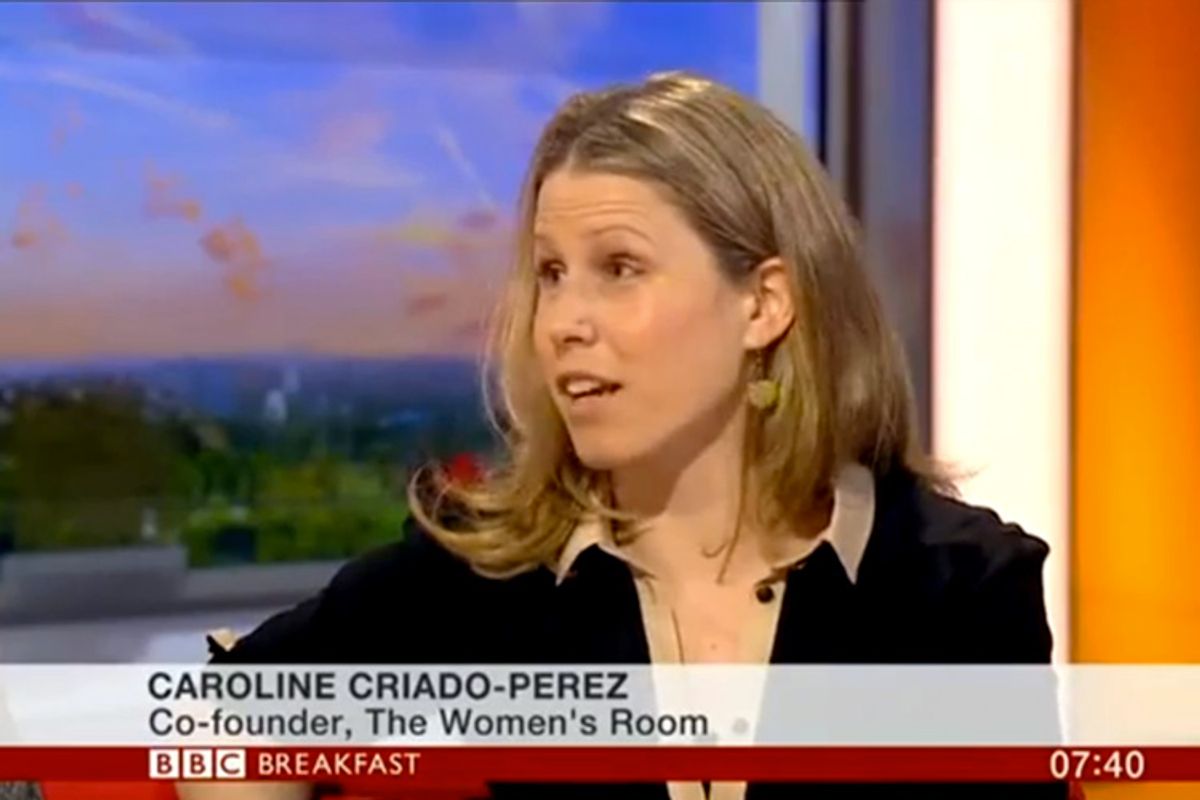 If you'd like to get a sense of how deep the culture of misogyny is, how easily threatened and immediately abusive certain lowlife members of our culture are, consider this: This week Jane Austen set off a Twitter torrent of rape threats and abuse. Jane Austen. That's how desperate and angry the trolls are. And in case you're wondering, the troll meltdown also revealed something else – how hard it is to get social media giants to take truly scary, ugly behavior directed at women seriously.

Caroline Criado-Perez is a cofounder of the Week Woman blog and The Women's Room, a British organization that connects media sources with female experts on a variety of subjects. She's also recently been behind a vocal – and ultimately successful – campaign to assure that a female stay on British currency after Elizabeth Fry's upcoming replacement by Winston Churchill on the five-pound note. And on Planet Normal, the official news that Jane Austen would be appearing on the 10-pound note beginning in 2017 would be considered a lovely and wonderful thing, a celebration of one of the greatest authors England has ever created. Unfortunately, not everybody lives on Planet Normal.

Criado-Perez, who had met with the country's chief cashier Chris Salmon earlier over the bank note campaign, last week called its success a "brilliant day for women." Then the abuse started. Creepy messages saying, "I will find you," ordering her to "stop breathing" and the classic, "Im gonna rape you, be very afraid." She described "about 50 abusive tweets an hour for about 12 hours" and that she'd found "a nest of men who co-ordinate attacks on women." Eventually a 21-year-old Manchester man was arrested on "suspicion of harassment."

On Twitter, you have the option to block a person who's being abusive or just plain annoying. You can also report a person for spam. But though Twitter has been proactive about spammers, it's been far less enthusiastic about threats and harassment and abuse. Criado-Perez's story has been the impetus for a new campaign for better tools. Though there's a "report tweet" option if you're viewing Twitter on your iPhone, Twitter still is only in the planning stages "to bring this functionality to other platforms, including Android and the web."

Writing in the Guardian Sunday, Tanya Gold sanely noted that "It is essential we remember that the threat of rape is not rape" but also that social media "has given the vicious a voice." Shadow home secretary Yvette Cooper, meanwhile, called Twitter's reaction an "inadequate" response to the "disgraceful, appalling and unacceptable" comments Criado-Perez received. And, she said, Twitter "fails not only Caroline, but many more women and girls who have faced similar abuse on your social network."

Incredibly, when Criado-Perez and her supporters pushed for a response from Mark S. Luckie, Twitter's Manager of Journalism and News, his immediate response was to lock his account. Luckie has since made it public again, saying that he was "singled out by a group in the UK over Twitter's policies around abuse (an area in which I don't directly work)" and that "the comments I received turned abusive and I temporarily protected my account." Criado-Perez could have done the same, but she didn't. Instead she chose to tirelessly engage, to show exactly what she'd been receiving, and to ignore the trolls who told her, "If you find Twitter offensive, leave it." She sent the message, loud and clear, that if you find Twitter offensive, don't leave it, change it.

In much the same way that Facebook has been challenged on its laissez-faire attitude toward its hateful, abusive subculture, Twitter is now facing a demand to step up its game. This isn't about free speech. It's about creating and maintaining a culture that doesn't intimidate its members. It's about letting bullies know their behavior is unacceptable, something that merely blocking them or locking one's account does not do. It's about changing the conversation. Speaking over the weekend, Criado-Perez said, "It's sadly not unusual to get this kind of abuse but I've never seen it get as intense or aggressive as this. It's infuriating that the price you pay for standing up for women is 24 hours of rape threats. We are showing that by standing together we can make a real difference. We made the Bank of England change its mind; we can do the same with Twitter."