When my daughter failed to meet a developmental milestone, I realized how anxious parents these days have become 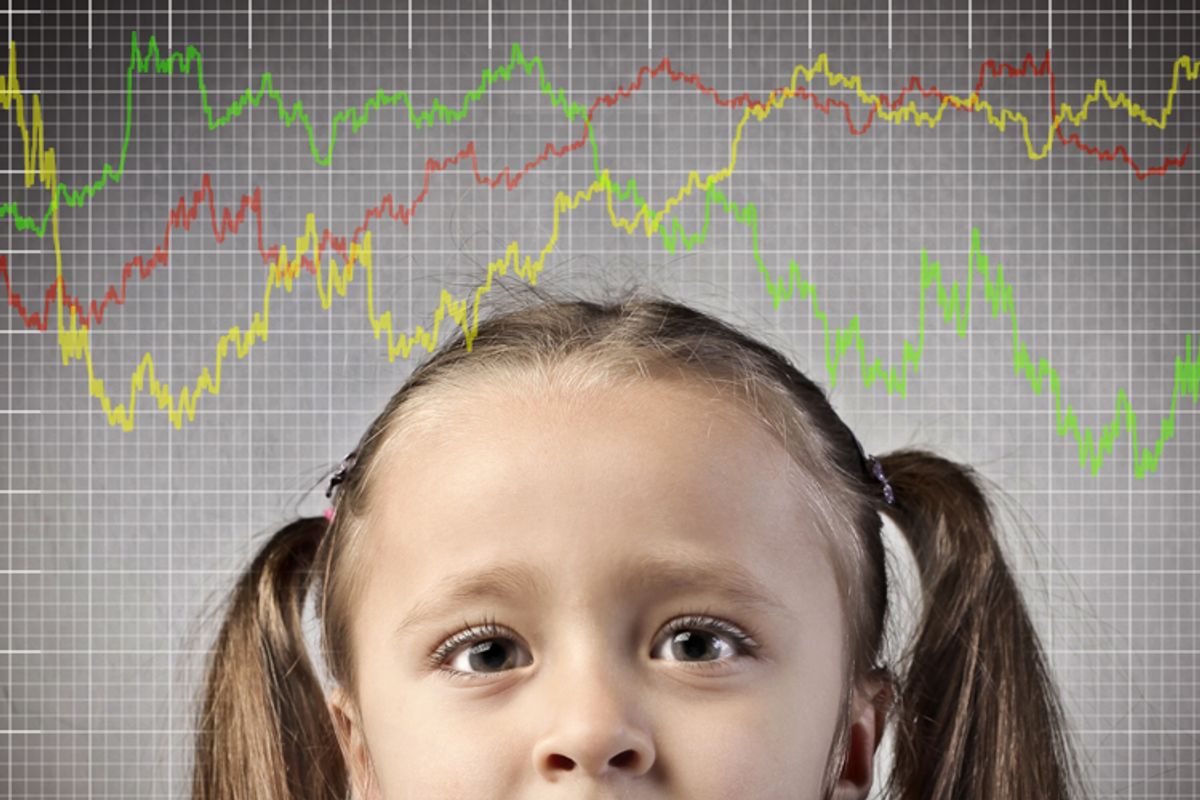 Sometimes I wish I had never been trained to diagnose autism. Because of my expertise, people often ask me about their children’s development. “Do you think he’s OK?” a friend might inquire, darting nervous glances at her toddler. Often what triggers concern is that the child is late to meet a particular developmental milestone — not uttering his first words at the textbook age of 12 months, for example.

If you’re the parent of a young child, milestones are everywhere: in the parenting books, on the questionnaires at the pediatrician’s office. And for the most part, awareness of milestones is a good thing. I saw this firsthand during my clinical training. Parents who recognized early on that their children weren’t meeting milestones, and whose pediatricians took their concerns seriously and made the appropriate referrals, had their children evaluated and treated sooner. There’s plenty of research showing that early autism intervention leads to better outcomes; for some kids, having parents who know and care about milestones has probably made a big difference.

But I’m worried that we’ve gone too far, that we’ve come to ascribe too much importance to milestones. And I can’t help thinking that autism awareness is part of the problem. The ad campaigns imploring us to “know the signs” have been so successful that we’ve become hyper-vigilant, on guard for the slightest hint that our child might be “on the spectrum.” We’ve all seen the Autism Speaks ads, for example: An adorable child is featured engaging in some activity, such as downhill skiing, with the accompanying text scrolled across the image like a warning:

Odds of a child being diagnosed with autism: 1 in 110

Let’s put aside for a moment the possibility that autism is over-diagnosed, as some experts have argued. Even if the true rate of the disorder is as high as these ads claim, that still means one’s chances of having a child who does not have autism are over 99%. But next to the highly unlikely outcome of having a child who becomes an Olympic athlete (or the next Tommy Hilfiger, or a pop singer, in other iterations of the ad), having a child who is diagnosed with autism seems almost inevitable.

It’s no wonder that “autism-phobia” seems to have taken hold among new parents. And from what I can tell, they’re not the only ones. Friends who are pregnant — and even a few who are only contemplating having children — tell me that the possibility of having a child with autism weighs on them. Their unborn or imaginary child hasn’t even had a chance to fall behind, and already, they’re worried.

I had my own brush with milestone mania a few months ago, when my daughter failed the gross motor section of the screening I completed at her one-year check up. By that point, I knew Maya’s motor skills were behind those of other kids her age — she wasn’t yet pulling up to stand, something I knew most kids did by about 10 months — but I hadn’t been worried about it until her pediatrician suggested we have her evaluated by a physical therapist. Based on the results of the evaluation, Maya qualified for physical therapy, which she recently started.

Perhaps in this case, my expertise in diagnosing autism has been helpful — I know enough about the disorder to see that Maya doesn’t fit the profile. And the pediatrician was confident that there wasn’t any other neurological issue. So why did we need to do anything at all? Why not simply let her develop at her own pace?

I think competitiveness is part of the answer, and another reason for our milestone obsession. I hate to admit it, but it bothers me that my daughter is “behind.” And I know I’m not alone. Friends have described to me the twinge they feel when they hear about another friend’s child reading or riding a bike without training wheels at the age of 4, knowing their own child is nowhere near reaching that milestone.

I’m sure parental competitiveness is nothing new and cuts across culture and social class. But I wonder if it’s particularly strong among contemporary upper-middle-class American parents. As Nicholas Day pointed out recently in Slate, there’s evidence that, compared with parents from other cultures, American parents are more concerned with creating a stimulating environment for our children. Maybe our obsession with milestones is the earliest manifestation of our preoccupation with enrichment.

In the past few months, Maya has made a lot of progress in her gross motor skills — maybe because of the therapy, or maybe just because — pulling herself up on anything she can find, clambering up the stairs almost too quickly for us to keep up with her. I’m trying to focus on enjoying her successes for their own sake, on taking pleasure in the little grunts of concentration she makes as she tries to stand up on her own, the proud smile that spreads across her face when she finally does it. I’m trying to ignore thoughts of her “catching up” to other kids. It’s hard, but I think I owe it to her.