If Bob Filner's party did let him get away with harassing women, that's both bad morals and bad politics 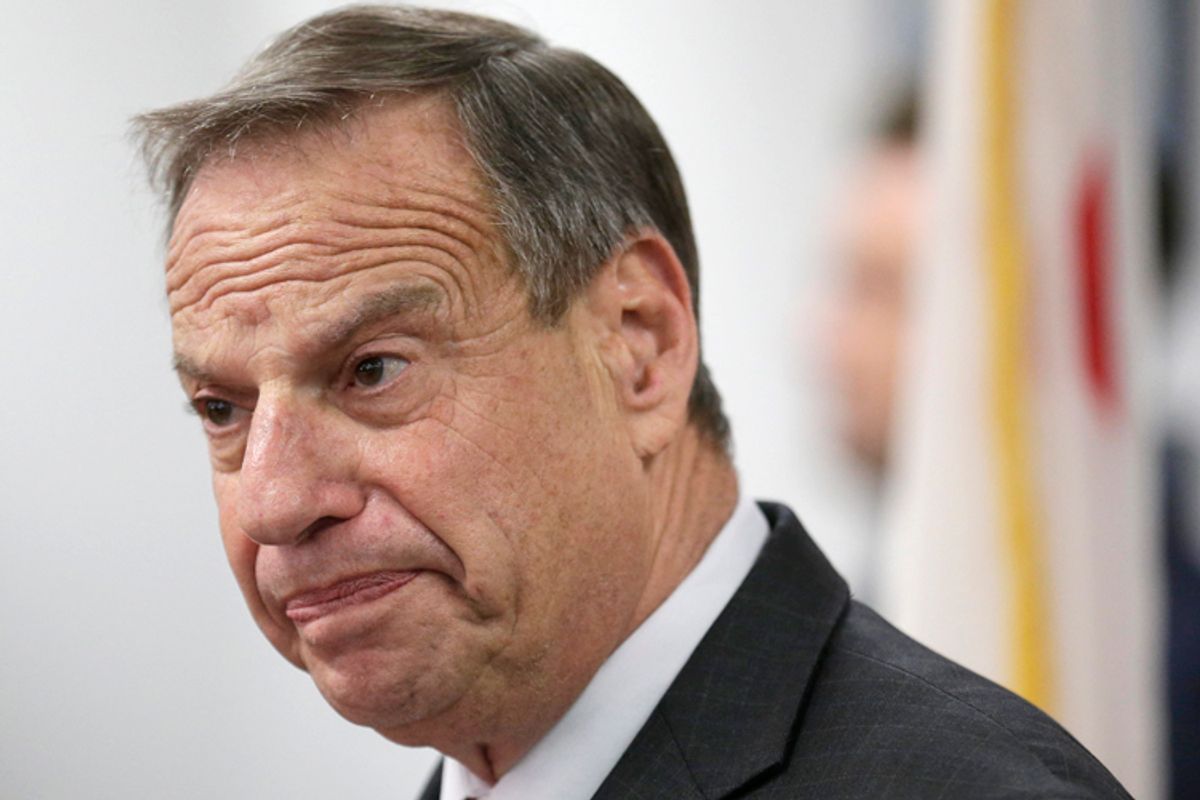 By now, the scandal surrounding Democratic San Diego Mayor Bob Filner is national news, with many calling for him to resign. But some conservatives are saying the scandal goes beyond Filner himself, and that he was the beneficiary of a coverup by his own party. Are they right?

As of now, a total of seven women, including a retired Navy rear admiral and a dean at San Diego State University, have stepped forward to say they were at the receiving end of Filner's inappropriate sexual behavior. Just to get an idea, this behavior allegedly included things like groping, putting women in headlocks and trying to kiss them, telling one woman to come to "work without panties" on, putting his hand down a woman's bra, shoving his tongue down women's throats, and running his finger up a woman's cheek and asking if she was single.

While Filner refuses to step down, and says he will be vindicated, he has also apparently admitted some inappropriate behavior, saying, "I have diminished the office to which you elected me. I have reached into my heart and soul and realize I must and will change my behavior[...] As someone who has spent a lifetime fighting for equality for all people, I am embarrassed to admit that I have failed to fully respect the women who work for me and with me, and that at times I have intimidated them [...] I am also humbled to admit that I need help. I have begun to work with professionals to make changes in my behavior and approach. In addition, my staff and I will participate in sexual harassment training provided by the city."

Now right-wing sources are riled up about (1) a cover-up and (2) a supposed War on Women from the Democrats. They claim Democrats knew about these allegations from the beginning and did nothing about them. So is this true? Or is it just right-wing spin?

Let's look at claim (1). While "cover-up" may not be the right word, it looks like the Democratic Party may have failed to take action. Lori Saldaña, a former Democratic assemblywoman, said on Thursday, “I blew the whistle on this two years ago to the Democratic Party leadership." Saldaña says that in the summer of 2011, when she was considering running for Congress, six women told her that they had been physically or verbally harassed by Filner. She says she brought up the issue to then-party Chairman Jess Durfee, and that Durfee and other Democratic leaders then met with Filner. But nothing happened. Durfee remembers meeting with Filner, who “assured me there was nothing to be concerned about." Durfee also said that he told the women who had contacted Saldaña to contact him. But he never heard from any of them. Saldaña, for her part, says, “As disgraceful as Bob’s behavior has been, it’s been tolerated by our Democratic Party leadership."

If the Democratic Party leadership did know about sexual harassment and did nothing about it, that is a problem that needs to be addressed. Condoning sexual harassment is unjust and goes against the values and principles that Democrats, including Filner (at least in theory), stand for and create policy around.

Rooting out harassment is also good politics. Democrats may think they are protecting the party by not exposing or punishing or highlighting sexual harassment. But turning a blind eye makes it that much easier for the right to falsely accuse the Democrats of fighting a war on women.

Male Democratic and Republican leaders alike have used their power to exploit women sexually. But the Democratic Party's policies, for the most part, advance the equality and integrity of women and girls. In contrast, the Republicans' policies toward women's work, childcare, and healthcare violate women's bodies and human rights. When it comes to waging a coordinated "War on Women," Republicans are relentless.

But Democrats who fail to address harassment in their own ranks let the right frame the debate. They let Republicans (falsely) project their War on Women onto Democrats and further the claim that both parties are equally anti-woman. In order to have credibility when they take on the right, and when they expose conservatives who are launching an assault on women's rights, Democrats need to call out politicians who sexually harass women. And if they don't, we need to call them out on their failure.