The story behind the network's embarrassing gaffe takes another dramatic turn 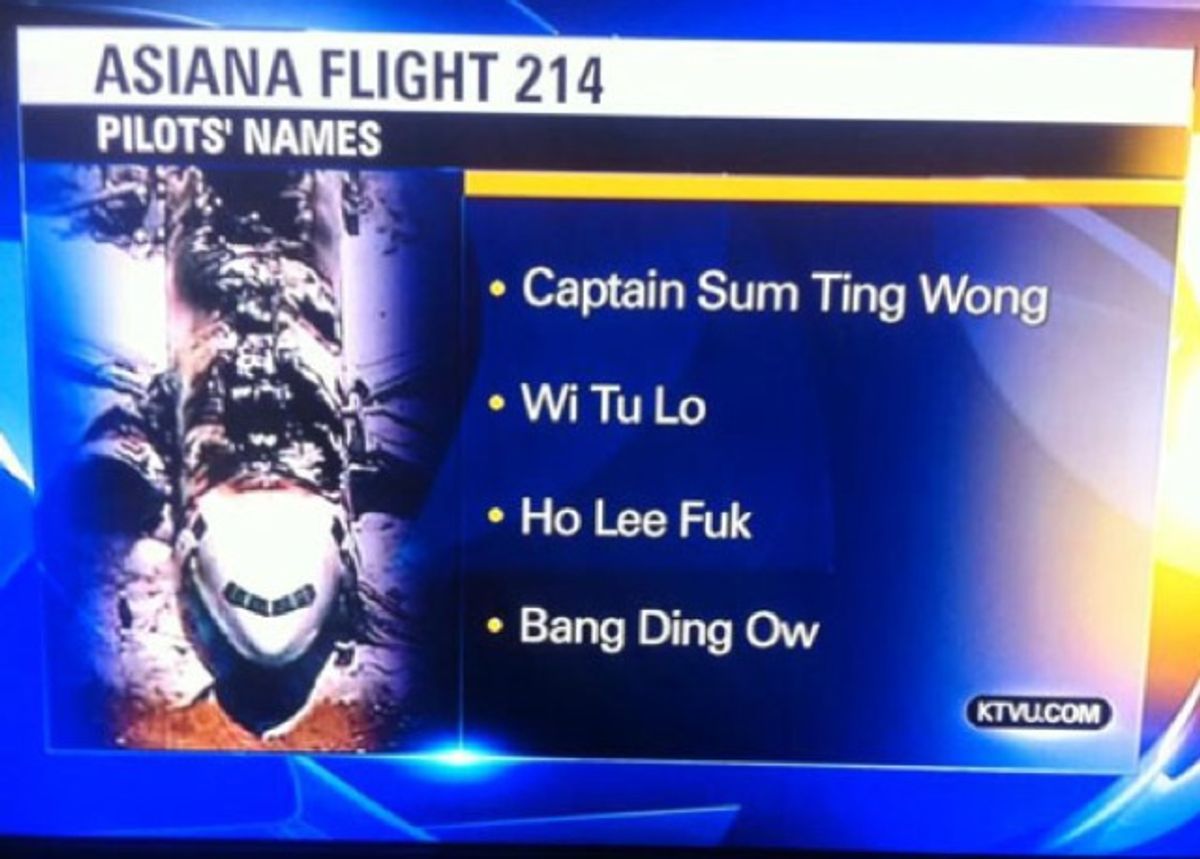 An embarrassing 30-segment slip-up continues to haunt Oakland-based news station KTVU, nearly one month after the network aired four fake, racially offensive names it believed identified the pilots of crash-landed Asiana flight 214. Since then, the network has narrowly escaped a lawsuit, three producers have been fired and an Emmy-winning station has been frantically attempting to scrub the footage from the Internet.

Immediate reports indicated that the names were "NTSB confirmed," and later on, the San Francisco Chronicle reported that the names originated as an internal joke that was never intended to make it to the final segment.

Now, the story takes another dramatic turn as the San Francisco Chronicle is reporting that the names came from "an outside tip" and the station hustled to verify the lead -- even running to an editor "with a Chinese surname" to help:

According to station insiders, there was a roughly 25-minute scramble between the phony tip coming in the door July 12 and noon news anchor Tori Campbell reading the names heard 'round the world.

In the process, we're told, somebody working on the story asked an editor with a Chinese surname about the correct pronunciation of the bogus name "Fuk."

The editor said the name was pronounced "Fook" - so, in a small face-saving moment for the station, Campbell avoided reading it aloud as an obscenity.

Despite the best intentions, the error still made it to the broadcast. The Chronicle points to Paul Cheung, president of the Asian American Journalists Association, who along with Bobby Caina Calvan wrote in Poynter that diversity in newsrooms can help -- but can't eliminate such errors:

Improved diversity among all ranks in our newsrooms — from reporters and producers to editors and managers — would help our industry improve its coverage of all our communities and increase the likelihood of preventing mistakes or inaccurate facts from being published or broadcast. Having more Asians in newsrooms wouldn’t necessarily prevent all offensive errors like the one at KTVU, but it would help.