The trolls come out for Amanda Berry 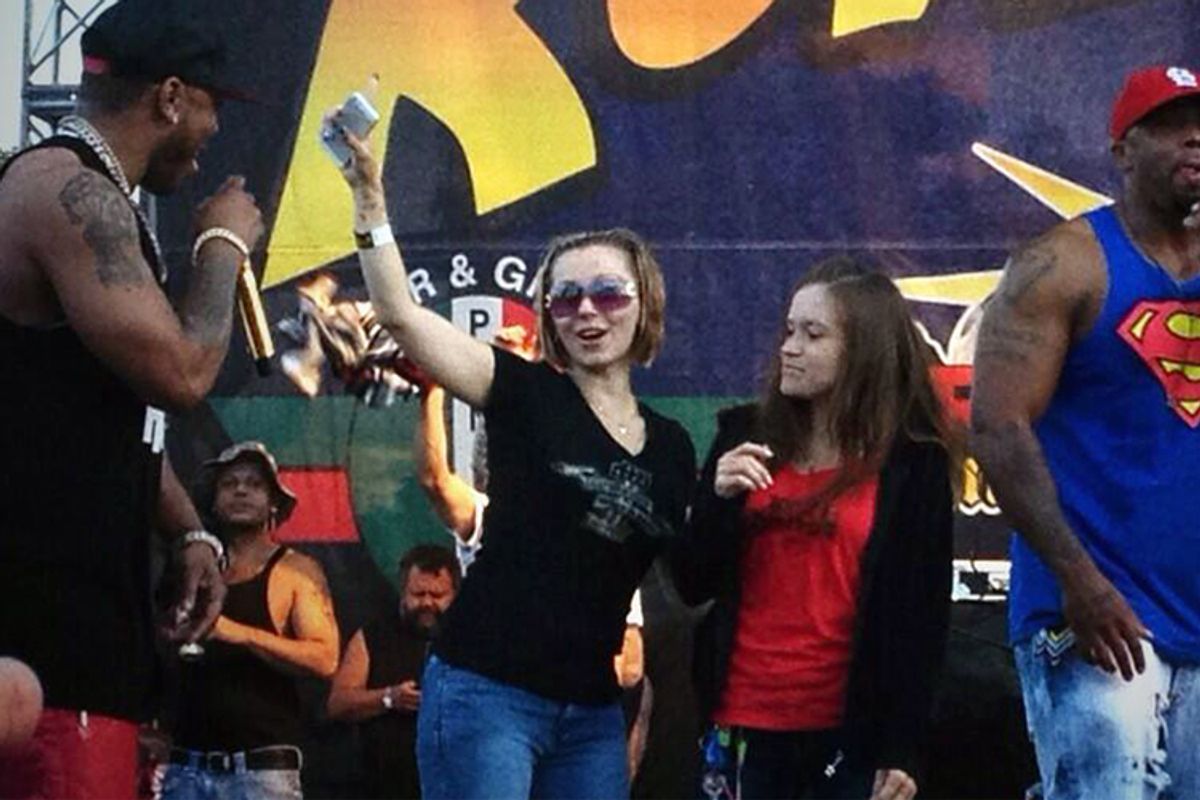 Just a few months ago, Amanda Berry was the missing girl. She disappeared in April of 2003, on the day before her 17th birthday. And then she – along with Gina DeJesus and Michelle Knight -- spent a decade imprisoned and repeatedly abused. But this past May, she escaped with a 911 call in which she declared, "I've been kidnapped and I've been missing for 10 years, and I'm, I'm here. I'm free now." Her actions were brave, her ordeal unimaginable. But proving the trolls rest for no one – not even a woman who survived a sustained horror – the bozos have now decided to police how she should be handling her survivorship.

Over the weekend, Berry made her first public appearance since her escape this spring. At Cleveland's annual RoverFest, WMMS radio host Shane "Rover" French told the crowd, "I want you to give this person a bigger round of applause and cheer than me, anyone on the show, any of the acts that are here. I'm going to bring out a family that you probably know." And then, acknowledging her very recent past, he said, "I told her she had a little bit of time to make up on the partying, and you guys would help her out tonight." Berry, surrounded by friends and family, came out waving and smiling, and later returned to dance on the stage when rapper Nelly called her back to dedicate a song to her. It was just one day after her accused captor Ariel Castro entered a guilty plea to 900 criminal counts, "including kidnapping, rape and attempted murder," a plea that will carry a prison sentence of life without parole.

According to the Cleveland Plain Dealer, Rover had previously mentioned on his morning show that he'd hoped the three former abduction victims would come to the show and "enjoy themselves," but he says he was surprised when Berry showed up. "She asked me, 'If I go out there, will you if you go with me?'" he says. "I said, 'Sure. We can bring your family and friends, too.'" Or, as Radar reported the story in a headline for the ages, "Amanda Berry Downed Strawberry Daiquiris & Danced During First Major Public Appearance Since Escape from House of Horrors."

On CNN over the weekend, Nelly told Erin Burnett, "What stuck with me most was that she had a smile on her face. That's one of the most impressive things to me, considering everything she had been through ... I thought, wow, that was special." But Burnett was too busy being amazed that "She looked totally normal."

Burnett's concerned astonishment was charitable compared to what the lowest form of opinion generators – Internet commenters – had to say about Berry's newly reignited social life. "It's just odd given the years of abuse she suffered. Normally she would not have that kind of trust or comfort. I'm sorry, but it doesn't make sense," wrote one concerned ABC News commenter, while another more bluntly decided, "It seems to me she was enjoying it and is gonna use her ordeal to cash in." Many were concerned that she appeared with a man who stood behind her and warmly put his arm around her and kissed her neck while she was onstage. Or, as some of the ABC commenters decided, he was a "dirt bag hanging all over her," who "groped" and "pawed" her. A CBS News commenter more generously decided she looked "pretty hot." And 645 comments later on NBC, Berry had plenty of well-wishers but also comments about her eyebrow piercing, and how she doesn't look like "a real victim....lol." And of course, if you want to plumb the absolute bottom of the barrel, there's YouTube, where Berry is being  accused of "milking everything she's getting."

You don't expect much beyond a gaping, misspelled void when you stare into the cold dark place that is Internet comments. But what's appalling – if not entirely surprising – is realizing that the judging and shaming that rots the soul of online community goes that deep. It goes all the way down to picking on a woman who spent a decade being abused, because she had the nerve to go outside and be happy. And it sadly presumes that there's an appropriate way to behave after an unfathomable nightmare. "I can't even imagine the type of strength and the type of courage that it took to keep it going," Nelly told Berry Saturday night. "For that again I commend you, and I say thank you." He then broke into "Just a Dream," singing, "I traveled back down that road. Will she come back? No one knows." And Amanda Berry smiled, and she danced.