"The Interestings" and "The Art of Fielding" got gay life wrong by making it symbolize too much. Who'll do better? 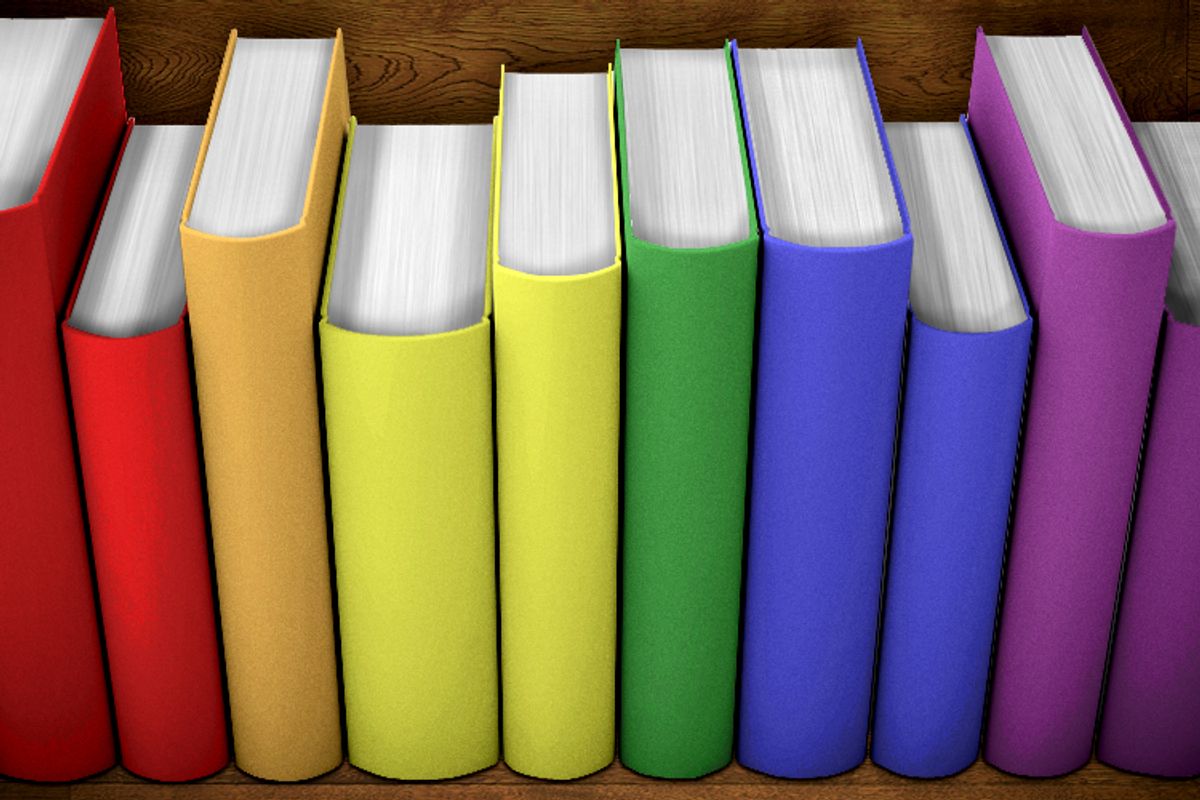 Adelle Waldman's recently released novel "The Love Affairs of Nathaniel P.," which investigates in a head-on fashion the inner life of a compulsively promiscuous heterosexual gent living in Brooklyn, N.Y., is among the most-discussed books of the season. And though it's hardly inaccurate in its depiction of a social scene whose practitioners are concerned with pairing off, boy-girl, boy-girl, its particular focus on the ins and outs of hetero dating isn't matched, on the shelves of fine bookstores, with an equal focus on the dating lives of gay folks.

Among prestige-y recent releases, for instance, there's "The Interestings," Meg Wolitzer's critically adored look at a clique of friends. While two straight couples' dramas make up the vast majority of the plot, Jonah, their gay friend, dates a guy with AIDS until he doesn't, anymore; his romantic life feels, in comparison to that of his straight pals, sketchy and oblique and only meant as an allegorical symbol to convey the shared experience of a subset of Americans en masse, in just the same way the inner life of gay Julius did, a few years back, in Claire Messud's "The Emperor's Children." A couple of years ago, "The Art of Fielding" by Chad Harbach depicted an older man suddenly realizing he was gay in a manner that received little explication, likely in part due to the fact that any gay person would have found the particulars risible and in part because his was just a subplot, window-dressing for a story of sports and straights. All of the writers mentioned in this paragraph, whose books occupy the very top level of prestige and repute, are straight.

Even those gay writers who are successful and able to bring LGBT characters to the shelves at bookstores and the pages of book reviews most often represent a very specific sort of experience. "A marriage plot novel about privileged white gay men is not going produce the same apprehension as a novel about the struggles of a transgender anarchist," said Justin Torres, the openly gay author of the novella "We the Animals."

"I, for one, would happily curl up with either, but would both books, if equally well written, receive the same reception from mainstream publishing?"

Publishing is not a charitable endeavor devoted to equal reception for all: It's a business catering to the interests of an audience comfortable with gay people but not necessarily comfortable with stories that don't cohere with a mold recognizable from, say, the most recent Michael Cunningham novel, about a bougie, respectable art dealer. That's true of transgender authors, too: "If you're a trans writer -- 99 times out of 100, at a mainstream press, it's a memoir," said Tom Léger, the publisher of the small transgender-oriented publishing house Topside Press. "And they're specific about their experiences. It's Chaz Bono, or Jennifer Finney Boylan, who can go on 'Oprah,' who's a family person."

"It's always a challenge to present in a serious manner the inner lives of gay people to a mass audience. It's certainly not a problem that's limited to literature. Look at television," said Matthew Gallaway, the openly gay author of "The Metropolis Case," a novel about opera featuring gay characters, one of whom is HIV-positive. "When I watch television -- which I do a fair amount of -- or see movies, it's 98 percent focused on relationships of non-homosexual people. So I think the short answer is, yes, it's always a challenge to write in serious ways about the inner lives and psychologies of gay characters."

Of the gay subplot in the much-hyped "The Art of Fielding," Gallaway noted, "It was not something that was touted; the publishers want to sell as many copies as possible. They don't want to tout anything viewed as controversial." And it's even harder to market a book that's significantly more gay than that.

"In terms of readers, they've gotten used to a certain kind of white gay man who does not have very overt sexual content in his work, who fits paradigms they're comfortable with," said Sarah Schulman, the lesbian activist, cultural critic and novelist. "The gay character must not experience homophobia from middle-class white people, he can experience it from rednecks, but not from people like [the reader]. He's not allowed to be angry about his life." With allowance for differences in how one reader or another will interpret anger, the characters in "The Emperor's Children," "The Art of Fielding," "The Interestings" and the work of Michael Cunningham all check those boxes.

"If they do publish something" by a gay author that pushes the envelope in any way, "they don't present it as American fiction," said Schulman, noting the presence of "gay and lesbian fiction" sections in Barnes and Noble. "They don't tour those writers with other writers who are mainstream -- they maintain a margin."

Part of the problem of the gay novel may be that, as a group facing growing general acceptance, gay people may not yet be a group that is primally understood. Toni Morrison, for instance, writes of the black experience in a manner that is generally understood not to represent every black person's experience in America, ever. And yet Gallaway faced criticism, he said, in one reading group for featuring an HIV-positive character who was not "on his deathbed." The gay-rights struggle is still fresh enough that an individual gay character necessarily reads as symbolic of much more than him- or herself as character.

"A lot of the 'minority lit' approach taken so often is that the book by a minority will be about the difficulties one faces as X minority in the U.S. -- and so this becomes the expectation," said Alexander Chee, the author of "Edinburgh." "And so even before you pick up the novel it can feel like you're about to read a long-form complaint. And that isn't what anyone reads for."

Perhaps, though, this is changing with time. Chee cited the recent success of Torres as well as an upcoming novel by Caleb Crain as recent bellwethers, and noted that his book was eventually published by a supportive house after many readers elsewhere had been confounded because "it wasn't 'about' being gay."

Said Choire Sicha, whose upcoming nonfiction novel -- to steal a phrase -- "Very Recent History," tells the story of a group of gay 20-somethings in New York: "Well, it’s funny, you wouldn’t know that it was about gay people, because the word 'gay' isn’t on it or in it. I don’t think the word 'gay' is used even once in the whole book, which is hilarious and weird." And yet the lack of totemic power placed on their sexual orientation allows Sicha's book, and whatever will be the next wave of books like it, to get at the general through the specific. Its characters' rituals feel as real as those in Waldman's book about straight people, because they're not meant to convey truths greater than the way we live now. This is perhaps among a next wave of books about gay folks as full American citizens that doesn't bother walking them through schematic journeys meant to stand in for the American Gay Experience.

In an era of the disintegration of major publishers, though, the approbation of a legacy publisher may mean less than ever anyway, not least when past literary revolutions have made the white male protagonist a less interesting figure than ever. "The challenge is not to get oneself into the literary center," said Torres, "but to explode the idea that there is a center."