Controversial police chief sees conspiracy to get him fired

After getting suspended, “America’s scariest police chief” says critics are "conspiring" to terminate him for good 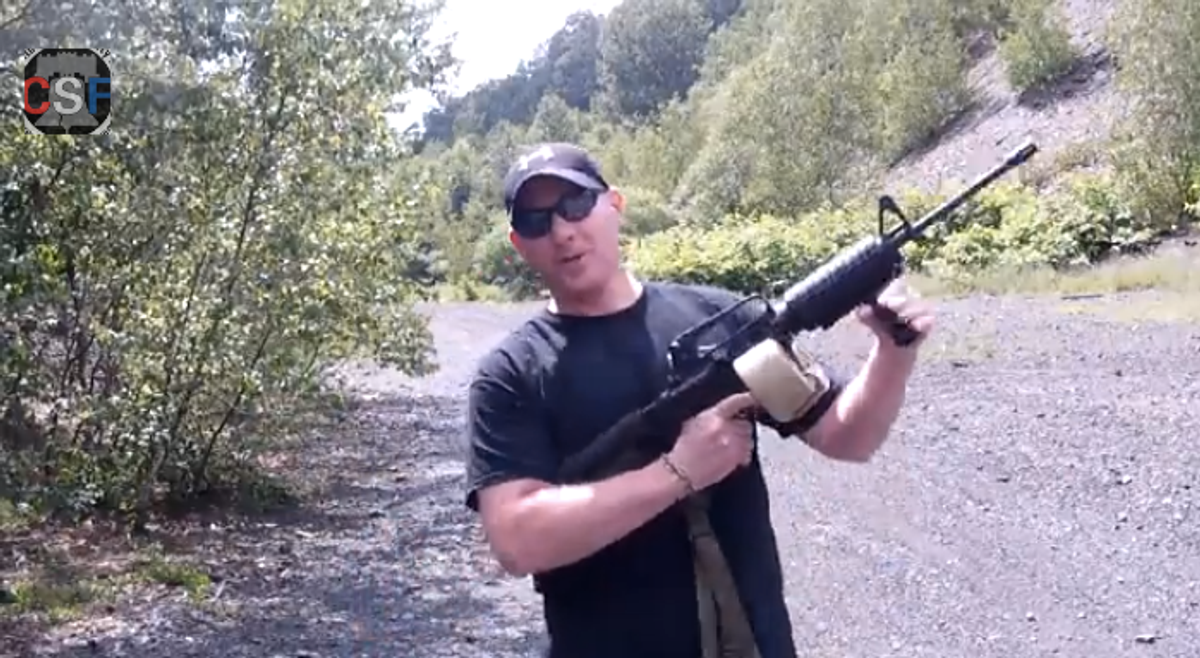 Gilberton, Pennsylvania police chief Mark Kessler, who was suspended for 30 days last night for using a town-owned automatic weapon in an expletive-laden viral video, said today that his biggest defender, the town's mayor, is "conspiring behind closed doors" to get him fired permanently.

In a message posted on the website of his militia-style Constitutional Security Force, Kessler said councilman Eric Boxer is "leading the charge for termination by orders from Mayor Mary Lou Hannon," along with council president Daniel Malloy. Hannon has been perhaps Kessler's prominent public defender, saying that while she disagreed with some of his far-right views, he has been a loyal public servant and was free to do what he wants in his personal time. Still, Kessler thinks she's a part of cabal trying to oust him. "[They] are conspiring behind closed doors for full termination, they needed to suspend first to allow themselves time to look for or make up any reason or lie," he wrote that he has learned. He also fingered a state senator and U.S. congressman.

"HEY BOXER, MALLOY , HANNON, YOU'RE COWARDS, YOU'RE HACKS, YOU PRETEND TO UPHOLD THE CONSTITUTION,YOU SICKEN ME !" an unrepentant Kessler added. He also displayed the address and phone number of the borough hall, above the message: "(COME AND TAKE IT )"

Kessler was suspended last night in a contentious 5-1 council vote after a YouTube video he made of himself pretending to shoot "libtards" went viral, bringing national scrutiny on the police chief, who also founded his own right-wing paramilitary group that says its now active in 38 states. Outside the borough hall, dozens of Kessler's supporters, armed with assault rifles and shotguns, made a show of force for the Second Amendment.

Previously, on his radio program, Kessler called various critics “faggots,” while another was a "fucking fat fuck,” and the local sheriff was an “illustrious piece of shit.” Needless to say, Kessler is not sorry.