James Timothy Turner was convicted of conspiracy to defraud the United States, as well as IRS obstruction 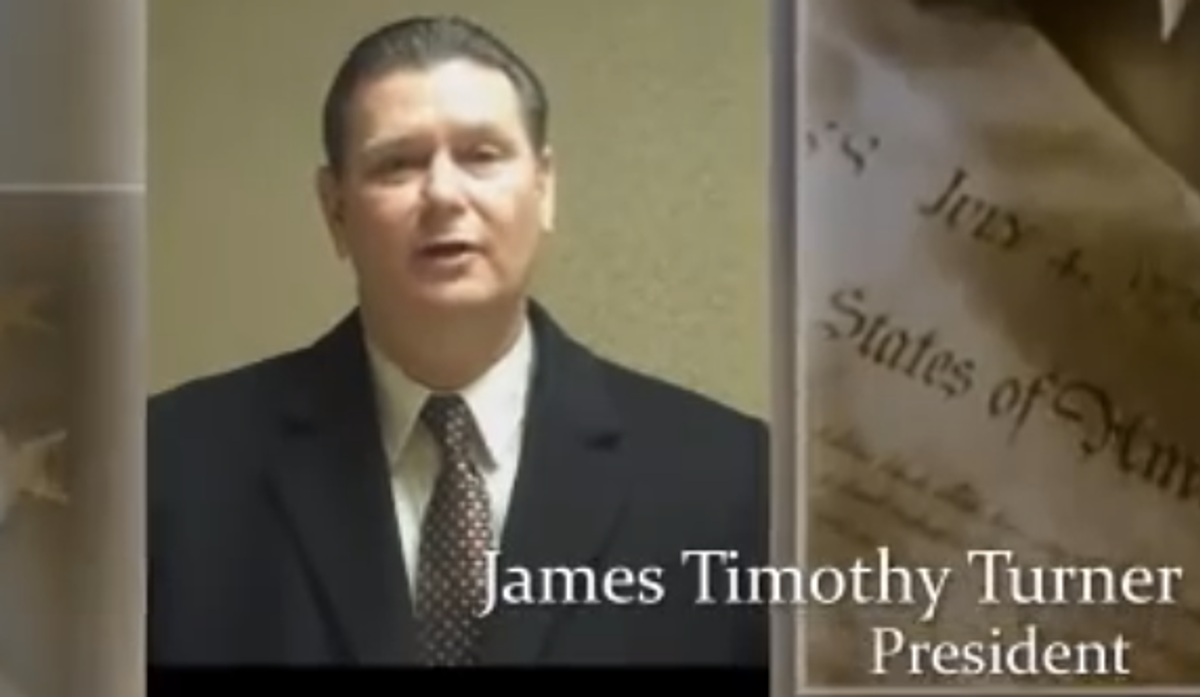 James Timothy Turner, the president of the largest antigovernment “sovereign citizen” group in the country, was sentenced to 18 years in federal prison on Wednesday for tax crimes. Turner was convicted in March of every count he faced, including conspiracy to defraud the United States; six counts related to fake financial instruments; obstructing the Internal Revenue Service; and failing to file a tax return in 2009.

In delivering the sentence, U.S. District Judge Myron Thompson said he considered two factors –– the vindictiveness Turner had shown in going after federal employees who had challenged his interpretation of the law and Turner’s age. At 57, Turner will be an elderly man when he is released from prison, even if he is released early for good behavior.

“I recognize that any substantial sentence is going to result in your being in prison … for a substantial chunk of your life,” Thompson said, adding his displeasure with Turner’s efforts to intimidate federal employees by filing liens on personal property, a common sovereign tactic. “I find no reason to do that other than to be vindictive to those who are just trying to do their duties,” Thompson said.

Turner is president of the Republic for the united States of America (RuSA), which since 2006 has been working to build a shadow government to take over when the federal government collapses. Like most sovereigns, Turner also believes the United States to be an illegitimate corporation posing as a government.

Turner represented himself in the case, all the while insisting the government was trying to keep him from revealing what he had discovered through his years of research. “I discovered things that big Washington government doesn’t want you to know,” he said during the opening statement of his trial. “They’re trying to shut me up.”