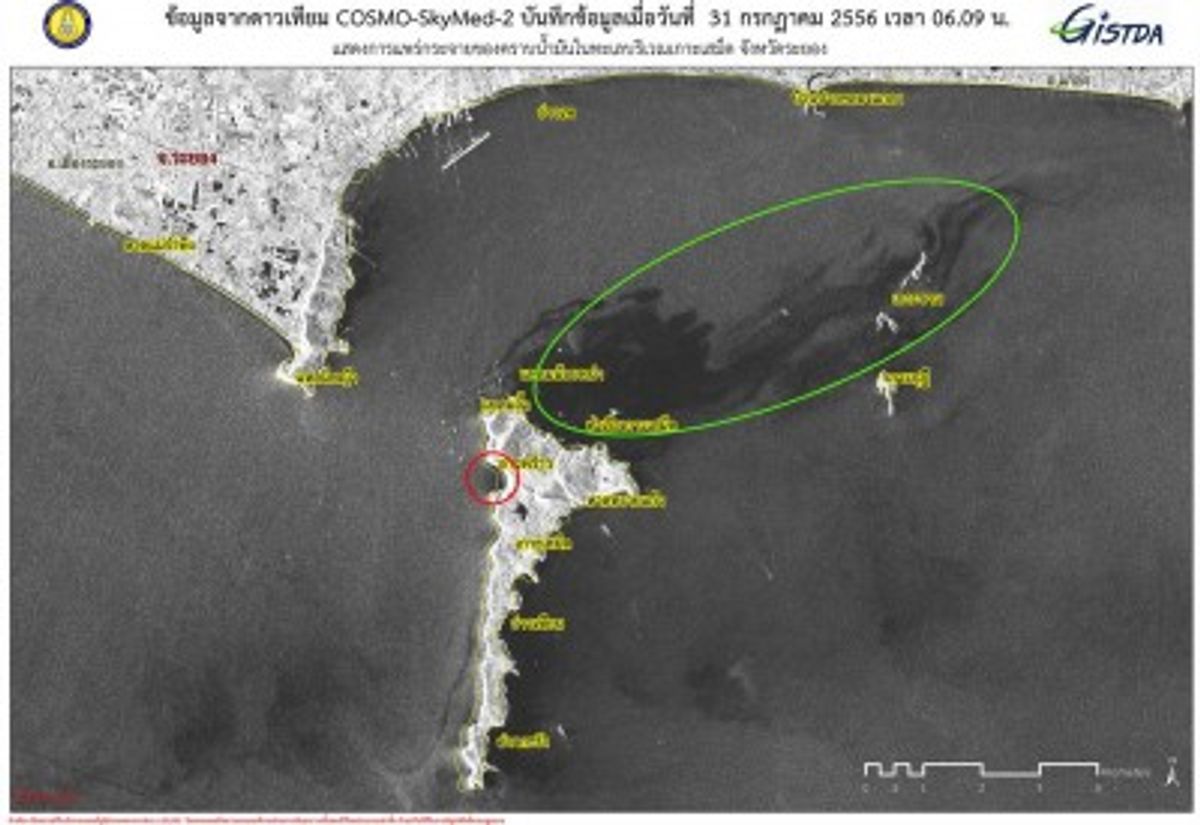 A satellite photo from Thailand's Geo-Informatics and Space Technology Development Agency shows the oil slick, circled in green, and the affected beach, in red. (GISTDA)
--

A 600-person cleanup crew armed with pumps, floating barriers and absorbent pads has descended upon Ao Prao beach on the Thai island of Koh Samet to meet the 50,000 liters of oil washing ashore there from Saturday's spill. A spokesperson for PTT Global Chemical, the state-owned oil and gas company that claimed responsibility for the spill, is optimistic, claiming that most of the oil will be cleared "by Friday or Sunday at the latest."

Thailand has been relatively fortunate, writes CNN. The spill does not seem to have reached the island's more popular tourist beaches. And while it has chased away tourists, "this is low season here with occupancy around 30%. The economic damage would have been far worse a few months from now when most tourists visit, many from the capital Bangkok, 230km to the northwest."

But critics told the Associated Press that PTT's response has been inefficient:

Opposition lawmaker Sathit Pitutecha said Thursday that the operator failed to plan for such a problem despite previous leaks.

Srisuwan Janya, head of the Stop Global Warming Association, said the company was neither prepared for the emergency nor frank about the extent of the problem.

Greenpeace also fears that the cleanup effort's use of dispersant, which causes the oil to sink under the water's surface, can have a long-term impact on marine life.